Documentary to introduce spread of Anatolian Neolithic culture to Europe 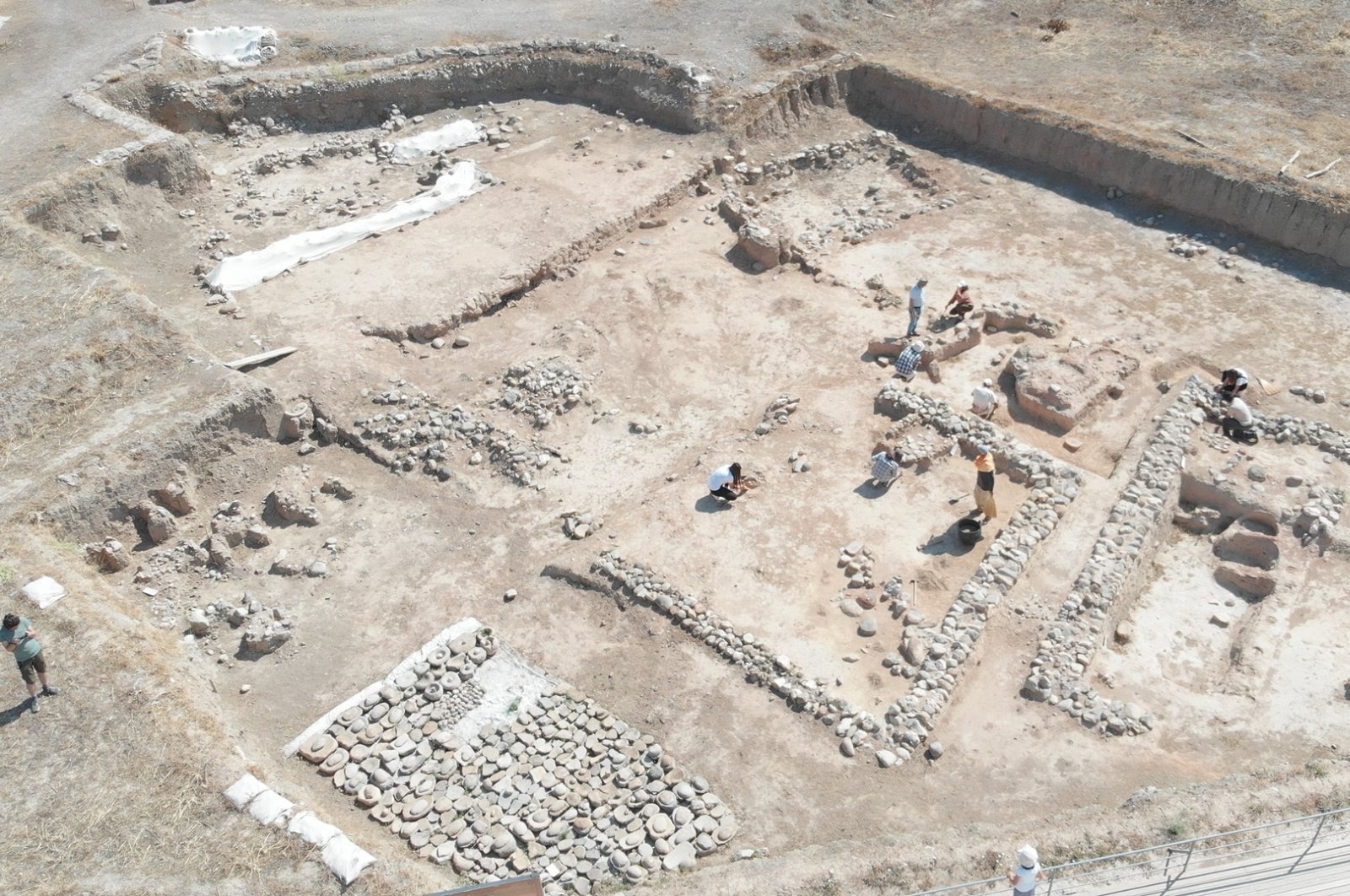 A new documentary exploring the spread of Neolithic culture from Anatolia will be shot as part of the “Europe's Neolithic Bridge: Moving Stones” project, co-funded by the Republic of Turkey and the European Union.

The Neolithic Age was the period in which humanity evolved from a nomadic hunter-gatherer lifestyle to a sedentary one based on production. It was a critical phase in societal development with the introduction of architecture, arts and crafts, business division, specialization and social organization.

Recent research reveals the key role Anatolia played as the origin of the Neolithic Age which eventually spread to Europe and shaped history. Throughout the region, dozens of Neolithic settlements are being unearthed dating back 15,000 years.

While the project records the Neolithic heritage of Anatolia, it also aims to visualize it through a series of documentaries titled “Anadolu’nun Kadim Hikayesi” (“Archaic Story of Anatolia”). The aim of the documentary is to highlight the contribution Anatolia made in the spread of the Neolithic Age to Europe internationally.

The project offers an opportunity for intercultural dialogue in which awareness of conservation and sense of belonging in society can be strengthened as the documentary will bridge the gaps between the social aspects of society and available scientific evidence. The documentary aims to promote the region internationally so a website has been developed to go along with the film that will include the same information but also provide resources such as field photos, spot productions, short films and documentary films with language options. The website itself is available in three languages in order to reach a larger international audience.

"The Archaic Story of Anatolia" traces the journey of the Neolithic era from east to west Anatolia. A total of 46 scientists have recorded information and evaluations obtained from excavation sites about the Neolithic era, and footage was shot at 39 historical sites, 27 museums and various laboratories. Interviews were conducted with not only excavation workers but local residents and trainee students who joined the film team. The next step, once the documentary has been completed, will be to debut the project at international festivals and libraries around the world.

How did the Neolithic Age reach Europe?

Fifty years ago it was believed that the Neolithic Age was born in southern Levant, Mesopotamia which today is the region that includes Lebanon, Palestine, Israel, northern Syria, northern Iraq and southern Iran, before moving to the south of the Fertile Crescent and onward to Upper Mesopotamia.

However, as a result of more intense studies over the last two decades, it has been found that Southeastern Anatolia and Central Anatolia were two separate independent “core regions” in the formation and development of the Neolithic civilization. Hunter-gatherer communities switched to a sedentary lifestyle, laying roots in Anatolia before they began exploration outside of their settlement resulting in the spread of Neolithic culture eventually to Europe.

The Neolithic way of life in southeastern and central Anatolia developed over thousands of years in its spread to the West and provided a framework for other regions that could be adapted to suit local conditions as was the case in Thrace and the Mediterranean, Aegean and Marmara coastal regions. This spread extended to Cyprus, Crete, the Peloponnese Region, the Balkans, Southeastern Europe, Britain and Scandinavia which in turn created their own versions of Neolithic settlements compatible with the needs of their own societies and thus a new phase of Neolithic globalization had begun.