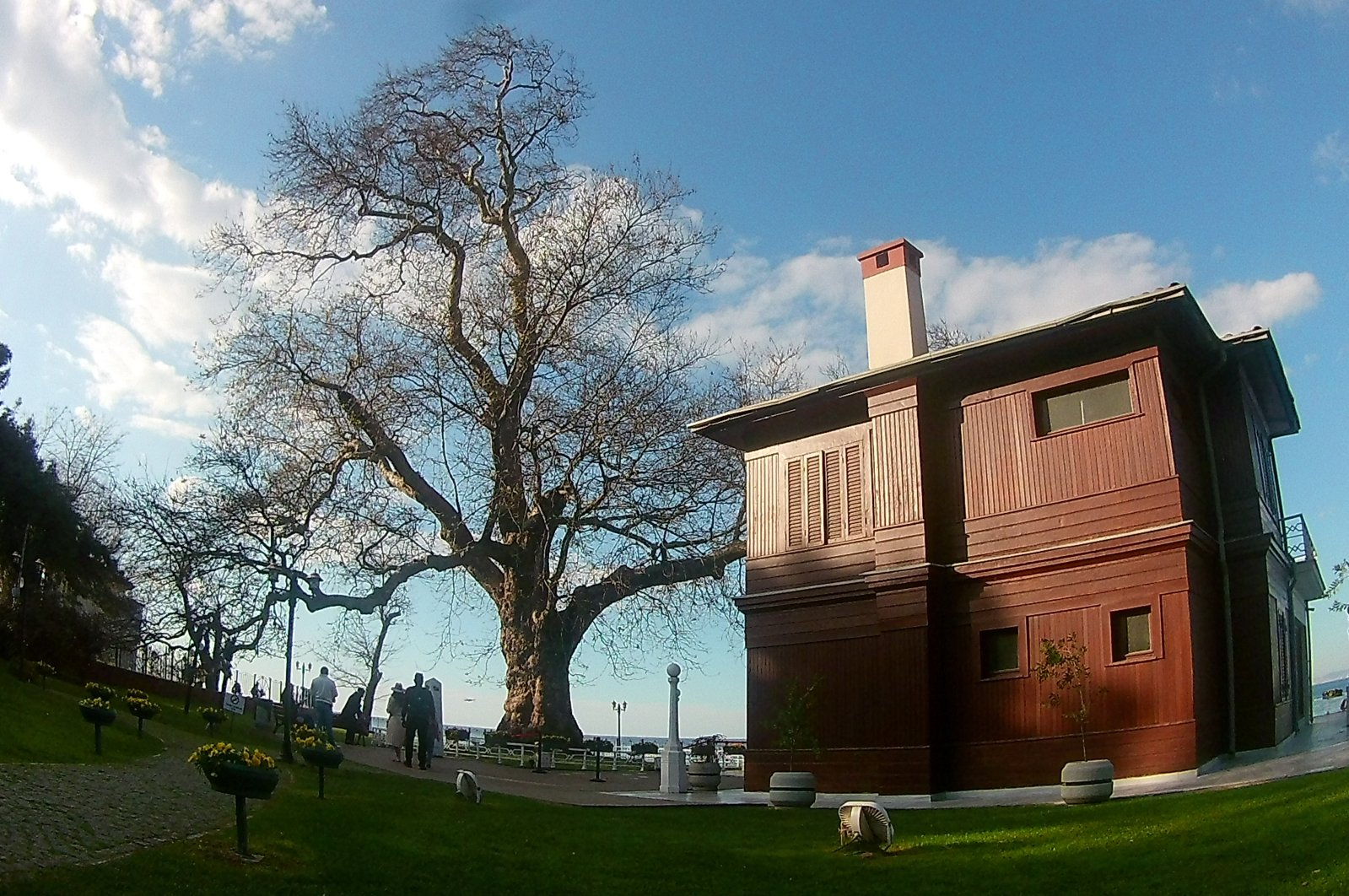 Mustafa Kemal Atatürk, the founder of the Turkish republic, and his incredible environmental efforts to preserve a grand plane tree (plantanus oriantalis) that was damaging a historical mansion in northwestern Turkey’s Yalova province are the subject of a new documentary film by Fehmi Gerçeker.

The internationally acclaimed director intends to raise environmental awareness with his new documentary titled “O Çınar” ("That Grand Tree") by focusing on the unique story of the mansion and Atatürk’s efforts to preserve the environment.

The documentary will present the famous history of “Yürüyen Köşk” ("Walking Mansion") to the world. After the construction of the mansion, workers intended to cut down a plane tree that was harming the mansion’s roof, but Atatürk instead requested them to move the mansion on rails to protect the tree.

Gerçeker emphasized that the story of Atatürk’s walking mansion was an incredibly powerful and unparalleled story. “I couldn’t find any similar incidents in history. Especially during those times, in the 1930s, moving a mansion to protect a tree is unheard of. It is a fascinating story, so we decided to produce a documentary to present it to international audiences,” he told Anadolu Agency (AA).

The mansion was constructed in 1929 inside a larger complex named Millet Farm. After construction, the farm’s workers intended to cut an adjacent grand plane tree’s branches as they had reached the roof of the mansion and could harm its walls and tiles. When information about it was relayed to Atatürk, he did not allow any harm to come to the tree. Instead, he requested the mansion be moved out of the tree’s way. So, tram rails were brought from Istanbul and used to slide the mansion’s foundations inch by inch away from the grand tree. After extensive work, the mansion was moved nearly 5 meters (16 feet), and the plane tree remained untouched.

According to Gerçeker, such historical events should be cherished, particularly their strong environmal messages. As humans try to deal with countless global problems and crisis related to the environment, Gerçeker believes Atatürk’s efforts can serve as a distinct example to the world.

“This documentary is crucial in raising environmental awareness thanks to Atatürk’s unique and exemplary environmental philosophy. Our goal is to document this and display it around the world,” he said.

The historical mansion is registered among cultural and natural properties that receive protection from the Ministry of Culture. The mansion and the now 400-year-old plane tree are still preserved today and welcome visitors in Yalova.