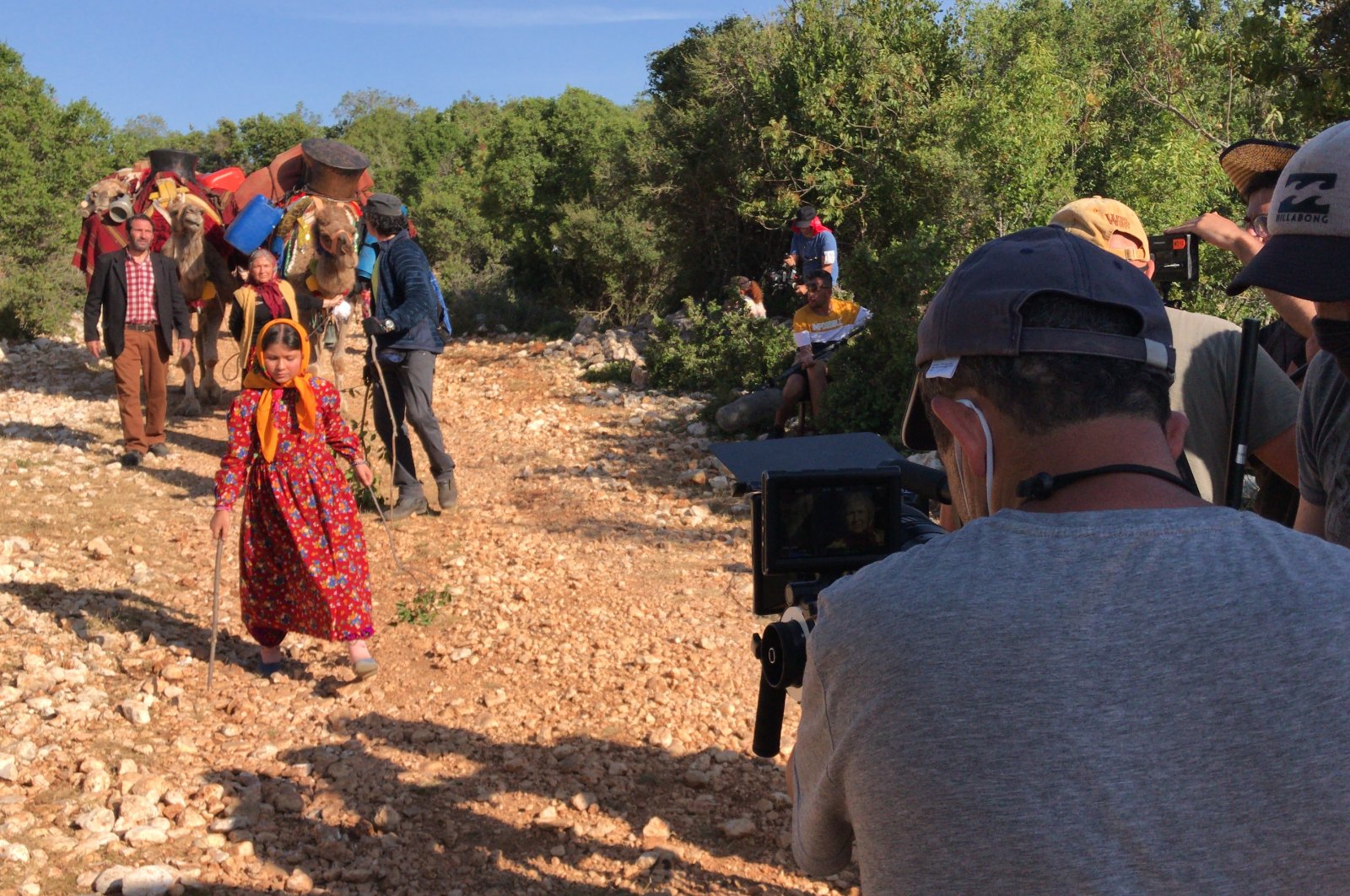 The film “Turna Misali” (Like A Pike), which covers the lives of Sarıkeçili nomads who maintain the 1,000-year-old nomadic lifestyle of Anatolia, is being shot under measures taken to prevent the spread of the coronavirus.

The film crew has come to the Mediterranean coastal province of Mersin from Istanbul to continue filming which was suspended on April 6, after the end of intercity travel restriction, which had been in place since the outbreak started.

The filming that restarted after a two-month "stay at home" in the Tekkadın neighborhood of the Silifke district is being carried out in line with measures taken against COVID-19. The film crew uses gloves, masks and hand sanitizer at the film set, the team's body temperature is taken at regular intervals, and they eat meals with disposable plates, forks and knives.

Written by Iffet Eren Danışman Boz and Eyüp Boz, the film tells the daily lives of Sarıkeçili nomads in their haircloth tents, as well as how they spend time with their goats, their only livelihood, trials and tribulations they face during migration, their family ties and the love of two disabled young people.

In an interview with Anadolu Agency (AA), Boz, one of the directors and scriptwriters of the film, said that they had to suspend the filming due to the coronavirus pandemic shortly after they started filming. Indicating that the film crew of 42 people had to return to Istanbul in this process, Boz stated: “The entire movie industry had already decided to take a break because of COVID-19, and cinema professional associations organizations issued calls. We discussed with our crew and actors and finished the scenes as much as we could and took a break. Actually, this was not bad for us because we looked at what we had shot and saw the spirit of the movie. The waiting process was tense. We had some hesitations about when we would finish the filming and whether it would continue into autumn. Fortunately, we started shooting in a controlled manner with the start of the normalization process and relaxing information provided by authorities.” Boz noted that they are about to complete the filming soon.

Eyüp Boz, the cinematographer and one of the scriptwriters of the film, stated that they have taken all health-related measures at the film set, adding: “We have taken all measures regarding the COVID-19 process. We keep social distancing. We are getting the team to use disinfectants and masks. We will use the replicating technique, especially in school shootings. We will get the kids to sit down in two-by-two rows, and then we will replicate the images in the post-production process. So, we will complete the shooting without putting anyone at risk in any way. Our movie is almost over. I hope we will present everyone a good movie.”