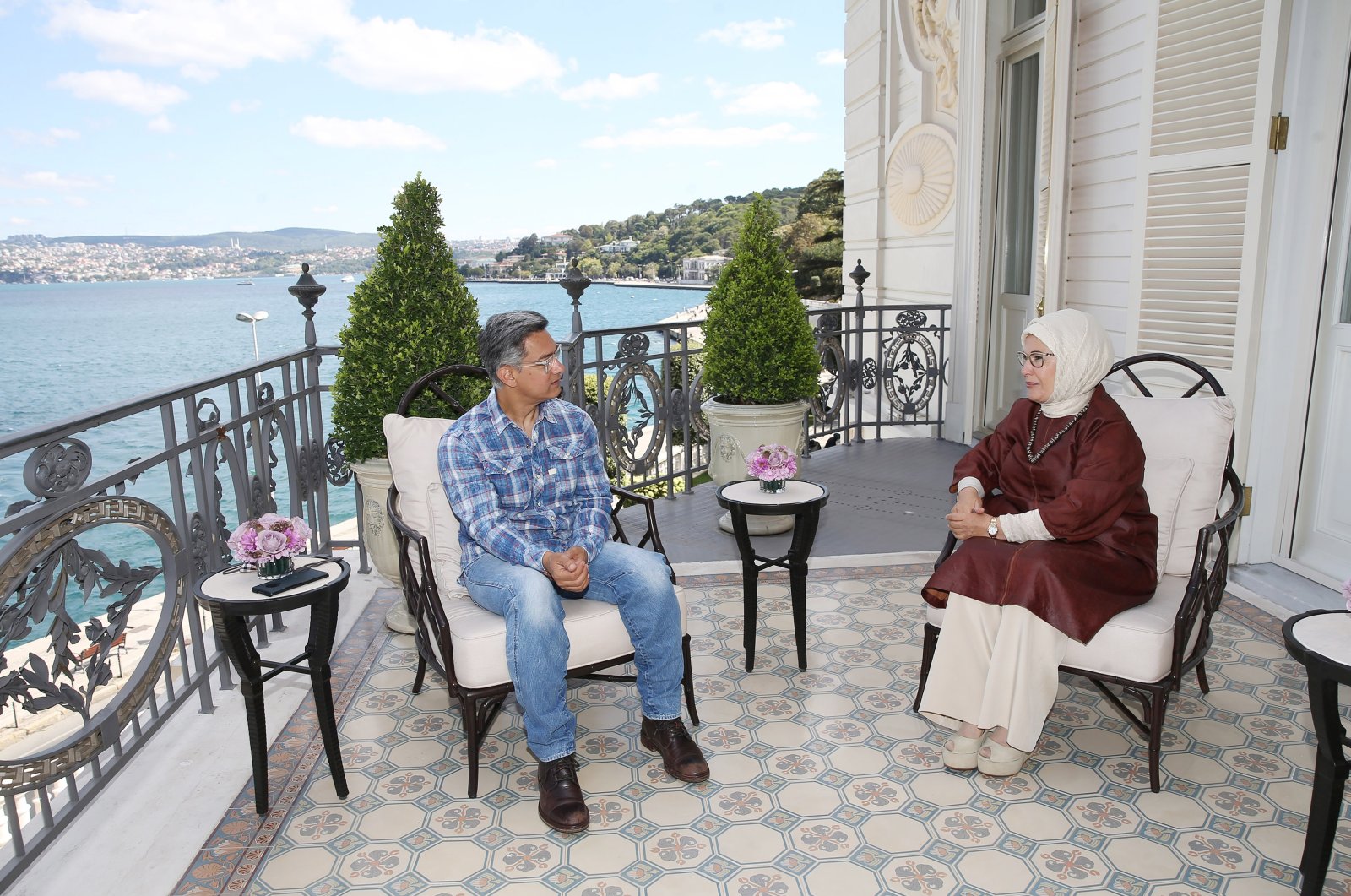 The meeting was requested by Khan, who informed Erdoğan about social responsibility projects he has initiated, including the Water Foundation, which he and his wife established to deliver water to drought-stricken areas in India.

Khan said the first lady is carrying out important social projects and following humanitarian aid activities, and she congratulated him for his courageous handling of social problems in his films.

Erdoğan is known as the most prominent patron and public face of the "Zero Waste Project," which was launched in 2017.

Khan said his wife lived a short time in Turkey, leading her to closely socialize with Turks, and the two communities have a lot of similarities such as the common family structure in India and Turkey, as well as the similarity of common word roots in the languages of both countries.

The rich historical texture of food culture and handicrafts in the two countries were also among topics of conversation.

Khan shared memories of how he became involved in cinema under the influence of his Muslim mother.

The Bollywood great has been in Turkey since last week to look for alternative locations to shoot his movie, Laal Singh Chaddha, an adaption of the 1994 classic film, "Forrest Gump." The production phase was halted because of the coronavirus outbreak in India.

He is expected to shoot the rest of the movie in multiple Turkish provinces including Niğde, Adana and Istanbul and invited the first lady to attend the film set.