Foretelling the days of coronavirus, where will ‘The Walking Dead’ lead to? 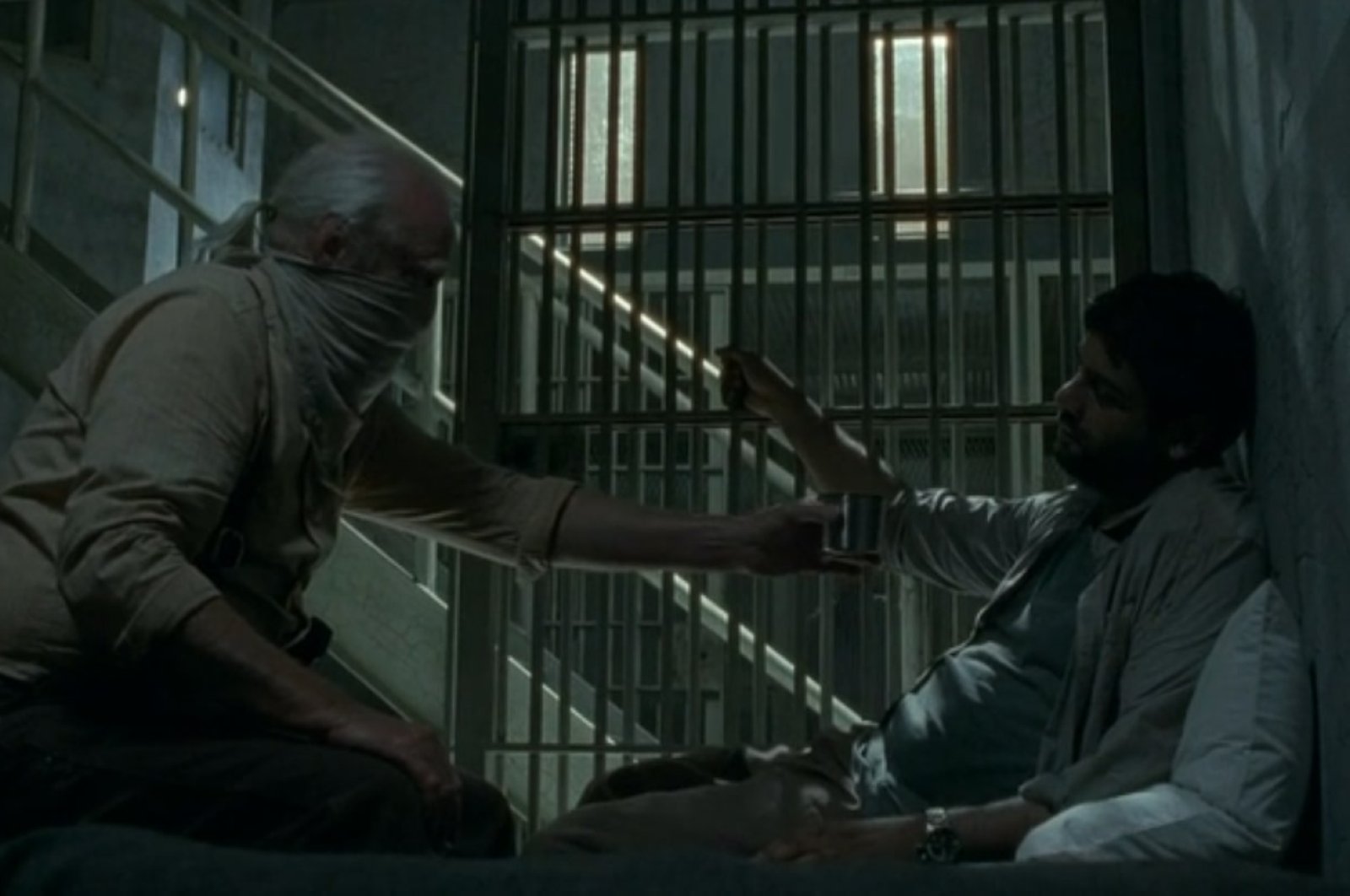 The trailer for the 10th season of ‘The Walking Dead,’ which was delayed due to the pandemic, arouses curiosity on many subjects in the show. What awaits in these series' final episodes?

We have been confined to our homes in the days of the coronavirus pandemic. The COVID-19 outbreak has also influenced the films and series we watch. I coincidentally started watching “The Walking Dead” when the disease broke out in Wuhan. As I continued watching, the coronavirus had spread across the world.

The show's 10th season, the series finale, is yet to be released. Even if it was due to be released on April 16, it would have been delayed like many other productions due to the ongoing pandemic. In the recently released trailer (warning, spoilers throughout), we see the surprise return of one of the main characters, Maggie. The advent of Maggie, who was lost long ago in the series’ universe, the journey of Eugene and his friends and whether Rick Grimes will return or not, are objects of curiosity and speculation.

The main storyline of the series shows the collapse of the existing civilization after an epidemic, followed by the formation of a new post-apocalyptic world order. The themes rendered in the series seem to parallel conspiracy theories related to the coronavirus.

At first, it was unforeseen that COVID-19 could grow to this degree. As it spread, the virus’ similarities with the one in the series grew. It was at this stage that justifiable theories emerged that the series was predicting COVID-19.

"The Walking Dead" highlights how precious health care workers are in a post-apocalyptic landscape. In the face of the coronavirus, the entire world is beginning to understand the value of health. Even a nurse is a precious resource as ordinary people must learn how to survive in extraordinary situations in primordial ways.

At the beginning of the series, we see Dr. Edwin Jenner, played by Noah Emmerich, as the show's first doctor. He is a researcher trying to solve the mystery of the disease. Jenner is at the Centers for Disease Control and Prevention (CDC) building, where the series’ heroes believe they can be saved. He reveals information about the infection, detailing what course the disease follows and how a zombie can be rendered ineffective. Jenner enlightens the heroes and helps answer a few of the audience's possible questions.

In the second season, Hershel Greene, played by Scott Wilson, steps into the role of health care provider for our heroes as he is experienced enough to carry out surgical operations. Greene gets involved with the primary group of characters by rescuing Carl. He is actually a devout Christian and protective father who defends his family and relatives against zombies invading his farm.

In the third season, the fight for life continues against both an onslaught of zombies and a rival human known as the Governor. Hershel also begins teaching others on their team how to perform medical procedures for survival.

By the fourth season, our team forms a small community with the people of Woodbury who get rid of the Governor. Some of them get the disease from some of the dead there. The doctor of the community, Dr. Caleb, says it is a type of flu.

Symptoms of the disease are lethargy and dry cough. As the disease progresses, the patient develops shortness of breath, bloody cough and becomes weak. The gasping for breath continues to complicate until all air pathways are closed. The patient then needs to be intubated.

Dr. Caleb says that this can be cured with various medicines, but the only current solution is quarantine. The team splits up and most go to find medicine. The doctor who treats the quarantined patients also gets infected, just like the medical staff treating COVID-19 patients today.

Hershel is not sick, but he tries to boost the immunity of patients by boiling plants until the drug is found. Despite Rick's attempts to discourage him from entering the isolation zone, Hershel sacrifices himself and goes into quarantine. The following dialogue between them shows how he has the moral character of a health care worker.

Hershel: They're a natural flu remedy. Caleb's too sick to help. I can. There's (sic) so many times we haven't been able to do anything to change what was happening to us. We wished we could, but we couldn't. This time, I can. I know I can. So I have to.

Rick: Hershel, if you go in there, you're gonna get sick.

Hershel: Wait, we don't know that. What we do know is that these people's symptoms need to be controlled.

Rick: Hershel, please. We can wait.

Hershel: Listen, damn it! You step outside, you risk your life. You take a drink of water, you risk your life. And nowadays you "breathe" and you risk your life. Every moment now you don't have a choice. The only thing you can choose is what you're risking it for. Now I can make these people feel better and hang on a little bit longer. I can save lives. That's reason enough to risk mine. And you know that.

He chooses to do so because those who die from the disease turn into zombies and endanger everyone. Indeed, Hershel prevents more zombies from forming until the drugs arrive. He takes them out of quarantine and although he is old and crippled, he saves the day.

Even though some people die, the arrival of the drugs helps rid their society of the coronavirus-like disease. Intubated patients also recover thanks to the drug. For some reason, Hershel does not get the disease. Amid a decadent civilization, this moral code in a time of brutalized humanity is woven into Hershel's dialogues.

In each season, those who have the slightest interest in medicine before the apocalypse are among the elite of the communities in this universe. Doctors, nurses, medical students, paramedics and assistants all become very precious.

"My mercy prevails over my wrath"

Another storyline feature of “The Walking Dead” universe models the stages of the formation of new communities in the wake of modern civilization's collapse. A group of people, fighting only for survival under the leadership of Rick Grimes, grows into a small community and later morphing into a quasi-tribe.

With their team finally secured, they are faced with opposing communities of different sizes. Negan, a stronger leader than Rick, enters the series, escalating tensions further.

Thus, the war between a one-man dictatorship and the supporters of a fair order begins. From Season 6, we watch this tribalization and the inter-community war for a long time. The injustice of humans against humans replaces zombies as the primary focus of the story.

At the end of this hard struggle, thanks to his son Carl, Rick comprehends that the spirit of civilization and justice comes from mercy. The motto of Season 8 is "My mercy prevails over my wrath." Even though they have a right to revenge, they choose to forgive. It highlights that the real target is the walking dead and that a new civilization must be established in the vanished world.

The main story focuses again on zombies. The legacy of their ancient civilization is fading. Weapons, cars and many other technical facilities are running out because there is no industry. Medieval life begins. Gunpowder weapons are replaced by spears, bows and arrows, and gasoline-powered carriages are replaced by horse-drawn carriages.

Communities join forces to develop agriculture, livestock and trade in their regions. They clear their territory of zombies and draw up a joint community convention. The series moves to another level, however, with the Whisperers who appear in the universe quite out of the blue.

Maggie returns. What about Rick?

The Whisperers are a group that has adapted to the post-apocalyptic world of savagery. Until they arrived, every human since the beginning of the series had to fight for survival against the zombies, while the Whisperers have a different theory: If you adapt to an order you cannot change, you will survive. You live in a world of zombies by being zombies. In this way, the Whisperers can control tens of thousands of zombie hordes.

In the middle of Season 9, just before the Whisperers appear, Rick and Maggie are hurled into the unfamiliar spots somewhere in the show's universe.

Rick disappears while destroying a horde of zombies with a bomb. Lying wounded on a riverbank where he has been dragged, Rick is taken by helicopter by an unknown community, which coincidentally Jadis has contacted, so we know it is very strong. Maggie goes away with her little boy.

In the last episode, Eugene is on his way to meet a group of people he has found using radio frequencies. As they progress, the Whisperers outmaneuver the communities.

In the trailer, we see Maggie reading letters that explain all that has occurred over the previous season. We do not know in what parts of "The Walking Dead" universe she wanders and whom she has encountered.

Maggie is back but will we see Rick? That is very unlikely. Michonne, while trying to bring ammunition to the fight against the Whisperers, finds out Rick is alive. Though she cannot find the weapons, she validates that her children are safe and then goes after Rick. At the end of her long journey, she meets a very crowded community. This group is supposed to be the Commonwealth we know from the comic book universe, on which the series is based.

Judging the way the main story has gone, it seems that the doors to the finale will now open to much larger communities. If the Commonwealth is included in the new season, we will see a larger and more organized administrative system similar to a city rather than town-like communities. That means that "The Walking Dead" will rise a few more steps.

Does the helicopter belong to the Commonwealth or another large community? In the comics, the answer is the Commonwealth, but the series may continue to surprise. There are also theories that it was from the American government. The information brought to light by Maggie and Michonne will show us how the story unfolds.