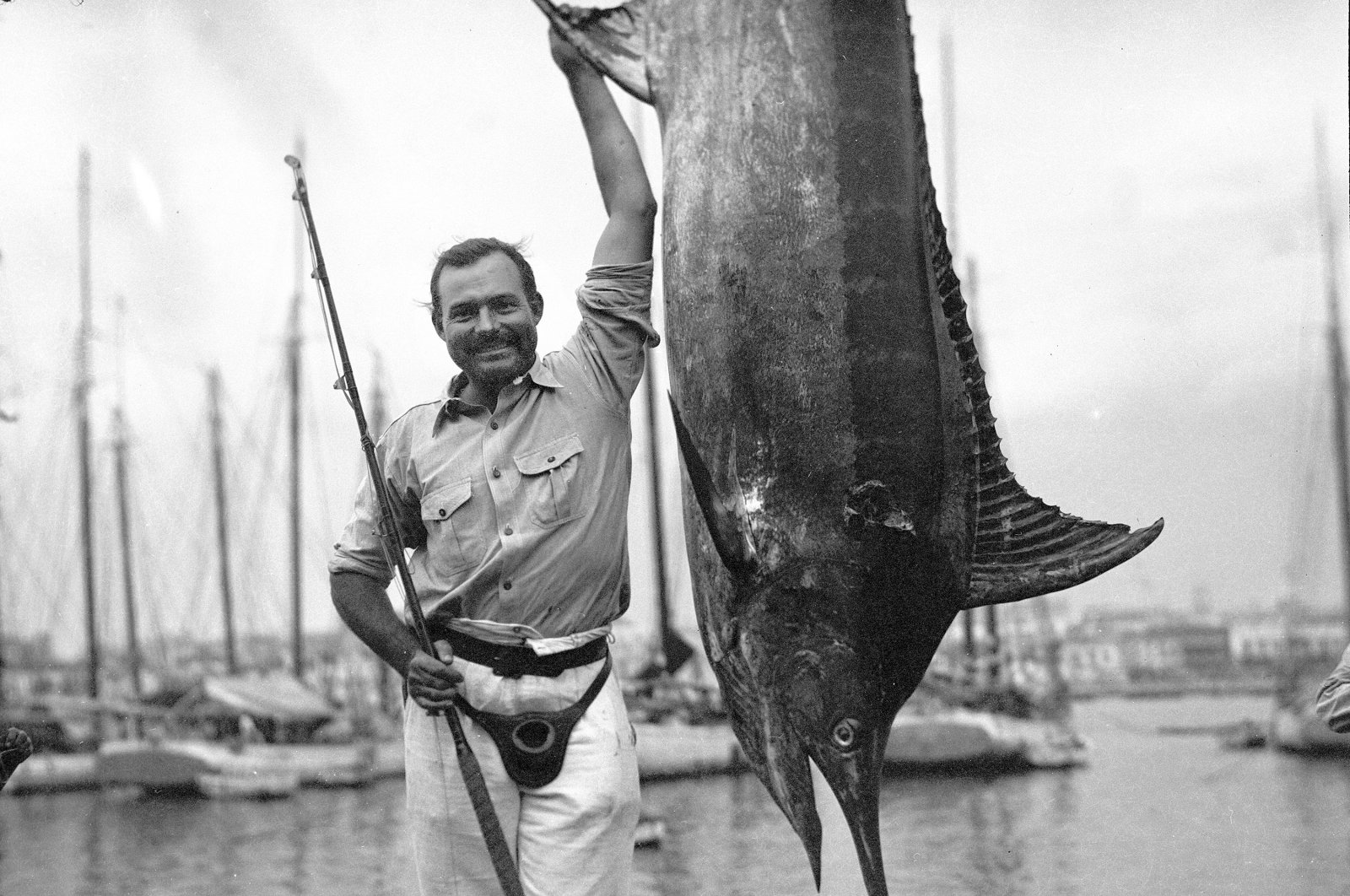 Directors Ken Burns and Lynn Novick's new documentary on Ernest Hemingway offers an insight into the life of the famous American novelist, revealing unexpected aspects thanks to the vast archives kept at John F. Kennedy (JFK) Presidential Library and Museum in Boston

“Hemingway,” premiering on PBS on three consecutive nights starting April 5, takes a more nuanced look at the author and his longstanding reputation as an alcoholic, adventurer, outdoorsman and bullfight-loving misogynist who struggled with internal turmoil that eventually led to his death by suicide at age 61.

The truth about the man many consider America’s greatest 20th-century novelist – whose concise writing style made him an outsized celebrity who became a symbol of unrepentant American masculinity – is much more complex, Novick said.

“We hope this film opens up opportunities to look at Hemingway in different ways,” said Novick, who has co-created several other documentaries with Burns including “The Vietnam War” and “Prohibition.” “There is a complexity beneath the surface.”

That complexity would have been nearly impossible to detail without the largest-in-the-world Hemingway collection that ended up at the JFK Library, thanks to Hemingway's and Kennedy's widows.

Although the two men never met, they admired each other and corresponded briefly. Hemingway was even invited to Kennedy’s inauguration but couldn’t make it because of illness, said Hilary Justice, the Hemingway scholar in residence at the library.

When Hemingway’s fourth wife, Mary Hemingway, was figuring out what to do with her late husband’s effects, she asked Jackie Kennedy if they could be housed at the JFK Library.

The archives contain Hemingway’s manuscripts, including “The Sun Also Rises" and "For Whom the Bell Tolls," personal correspondence and about 11,000 photographs.

Much of the material used in the documentary has not been widely seen in public, if at all, Novick said.

Burns had been to the JFK Library on multiple occasions for several functions but had no idea about the extent of the Hemingway archives until they started researching the film, which has been in the works for years.

“The Hemingway collection was central to the process,” Burns said. “It helped us understand just what a disciplined writer he was.”

Much of the documentary deals with Hemingway’s complicated relationship with the women in his life, from his mother and sisters to the nurse he fell in love with while recovering from wounds suffered in World War I to his four wives.

“So much of what he did in life was about love: running to it, running from it and ruining it,” Burns said.

While considered the archetype of American manhood, the truth about Hemingway's masculinity was more complex, the filmmakers found.

As a child, Hemingway’s mother treated him and one of his sisters as twins, often dressing them in identical outfits, sometimes as boys, sometimes as girls. He explored gender fluidity both in his books and in life, letting his hair grow as his wives cropped theirs short.

“We wanted to push back against this idea that Hemingway didn't like women," Novick said.

Novick's favorite part of the collection was Hemingway's manuscripts, many handwritten on store-bought notebooks. They show in great detail his thinking process as he wrote, rewrote, amended and edited his works through cross-outs, scribbles and notes in the margins.

Hemingway, for example, wrote dozens of endings to “A Farewell to Arms” – as many as 47, according to one count.

“You can trace how each work developed, from the first draft to final manuscript,” she said.

For Burns, the most striking thing about the collection is the pieces of shrapnel dug from Hemingway's body after he was almost killed as a teenager driving a Red Cross ambulance in World War I. Burns can't help but think that such a profound near-death experience had a major impact on the rest of Hemingway's life, and contributed to his death.

Whether you’re a Hemingway aficionado or know virtually nothing about him, there is something in the series for you, Novick said.

“There’s a huge amount to be learned and new interpretations of his work and life in here,” she said.