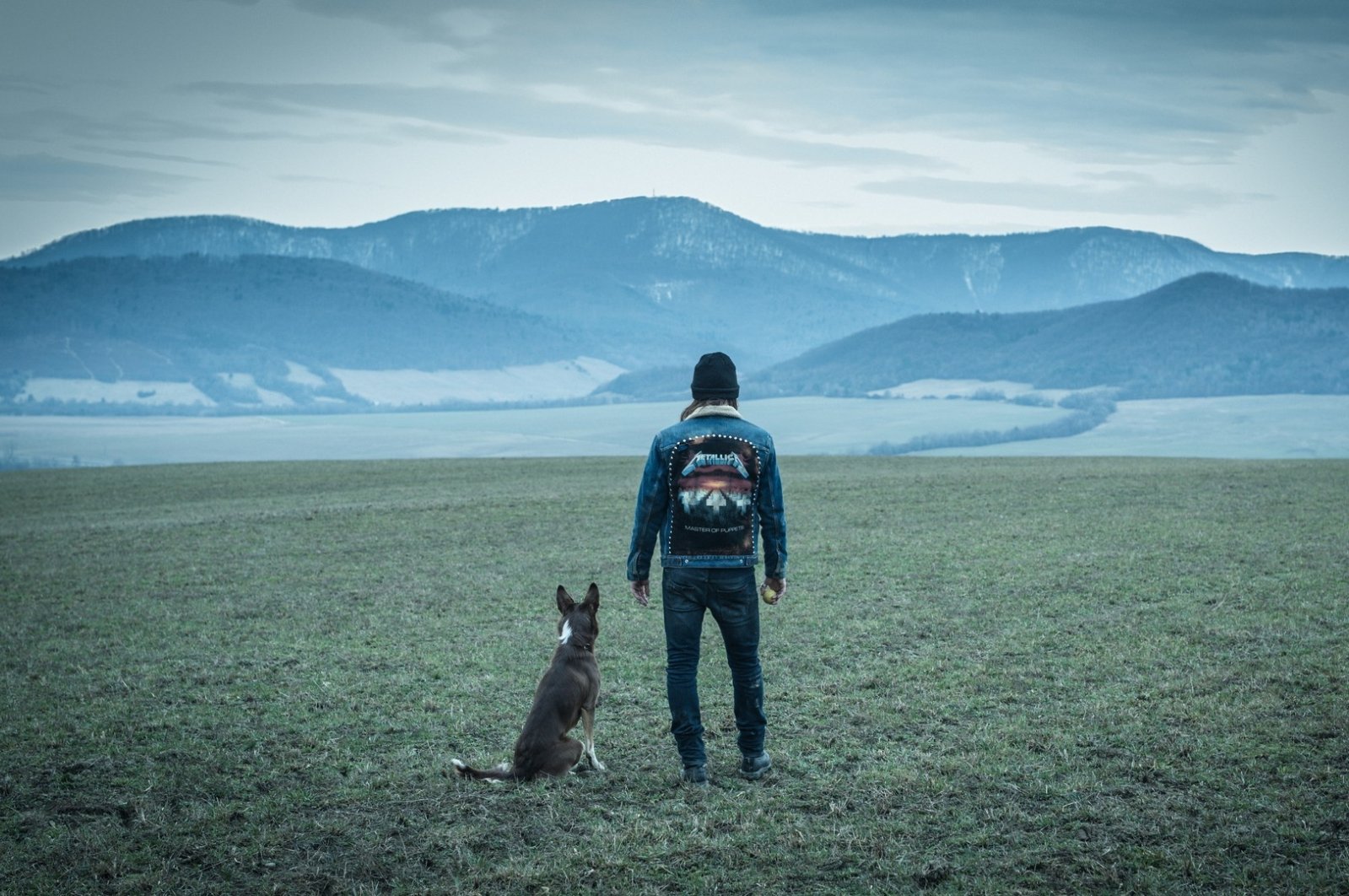 "Visegrad Dreams," a film program comprising of productions by the Czech Republic, Hungary, Poland and Slovakia, offers insight into the shared history of these countries

Istanbul Modern's newest screening program "Visegrad Dreams," showcases cinema from the Czech Republic, Hungary, Poland and Slovakia, known as the Visegrad Four (V4), one of the world's oldest international collaborations, dating back to the 1300s. The program will welcome audiences from Oct. 22 to Nov. 1.

The program features nine films that explore traces of the four countries' shared history, common geography and culture, dreams and frustrations from the past to the present, as well as the social realistic confusion of modern societies through different periods and stories.

Directed by Dariusz Gajewski and starring Sebastian Fabijanski, Bartosz Gelner and Wiktoria Wolanska, "Legiony" ("The Legions") is one of the most expensive productions of new-era Polish cinema. It is set during Poland's struggle for freedom from the Tsardom of Russia. Although it is a political picture set in the world of soldiers, the real story of "Legiony" is the love triangle between Jozek, a deserter from the Tsar Army; Ola, an intelligence agent, and his fiancee. Based on memories of the real legions, the historical epic features the Charge of Rokitna in one of its glorious scenes. It will be screened on Nov. 1, at 2:30 p.m.

Directed by Kalina Alabrudzinska and starring Zuzanna Pulawska, Michal Surosz and Piotr Pacek, "Nic Nie Ginie" ("Nothing is Lost") is one of the last productions of the Polish Lodz Film School, one of the world's most prestigious film schools. It focuses on the lives of a group of people participating in therapy after being overwhelmed by unhappiness.

The drama the therapist makes discoveries about himself as well as those who come to therapy. They address not only personal issues through the characters, they also focus on Poland's current political issues and the modern human-nature impasse. The film’s screening is scheduled for Oct. 24, at 2:30 p.m.

Directed by Malgorzata Szumowska and starring Mateusz Kosciukiewicz, Agnieszka Podsiadlik and Malgorzata Gorol, "Twarz" ("Mug") is a dark comedy about a man who made history as "the first Pole to have a face transplant" after suffering a tragic accident. When Jacek falls and is seriously injured in the face while working on the construction of the world's largest statue of Christ in the small town where he lives, his life is turned upside down. Meanwhile, he notices a different side to the Catholics in the town and the media after he leaves the hospital. The film was awarded the Grand Jury Prize at the Berlinale in 2018 and will be screened on Oct. 22-24, at 12 a.m.

Directed by Krzysztof Kieslowski and starring Irene Jacob, Wladyslaw Kowalski and Halina Gryglaszewska, the poetic story, one of the masterpieces of the director, focuses on the concepts of a soulmate and mysticism. There are two young women living different lives in France and Poland: Veronique and Weronika. Even though they have no blood ties and have never met, their lives are so parallel and profoundly connected. Strangely being aware of each other's existence, the ladies have incredibly beautiful voices and musical abilities. Another parallel between the women is the disorder in their hearts. Although the entire cast is magnificent, Jacob steals the show in her portrayal of both characters which won her the "Best Actress" award at Cannes Film Festival in 1991. The film screening is scheduled on Oct. 22 at 2.30 p.m. and on Oct. 25 at 12 a.m.

Directed by Kornel Mundruczo and starring Merab Ninidze, Zsombor Jeger and György Cserhalmi, the Hungarian film "Jupiter Holdja" ("Jupiter’s Moon") competed at the Cannes Film Festival in 2017. A Syrian refugee, who was shot while fleeing a wooded area, miraculously gains the power to rise in the air, defying gravity. The film examines the right-wing policies of modern Hungarian society through the style of magical realism, almost presenting a superhero story. As the director puts it, the visual language of the film reflects the chaos, tension and pressure that he felt every day in Budapest. At the end of the film, the viewer is left questioning: "What is morality?" It will be screened on Oct. 22, at 5 p.m. and on Oct. 25., at 2.30 p.m.

Directed by Ferenc Török and starring Peter Rudolf, Bence Tasnadi and Tamas Szabo Kimmel, "1945" is set in a rural Hungarian town just after the Holocaust. One day, two Orthodox Jews with suitcases in hand get off the train with the news immediately spreading around the city. In 1945 the war has just ended and the issue of what would happen to the confiscated lands of their deported Jewish neighbors creates great tension among the residents of the town. At the same time, the entire town is preparing for a wedding that day. With its visually striking cinematography and use of the black and white palette, the film approaches its delicate subject from a fresh point of view, full of intelligence. This story of conscience will be screened on Oct. 29, at 2:30 p.m. and on Nov. 1, at 12 a.m.

Directed by Marko Skop and starring Emilia Vasaryova, Milan Ondrik and Aniko Varga, the Slovak production "Eva Nova" will be shown for the first time in Turkey. The first fiction drama by director Skop, known for his documentaries, successfully represented Slovakia at the Oscars. The film is about the efforts of Eva, a famous actress who's life took a bitter turn due to alcoholism, in reuniting with her son. While struggling with her addiction, Eva must face the mistakes of her past and play the best version of herself. In the lead role is Emilia Vasaryova, who provides a strong performance. The film screening is scheduled to be screened on Oct. 31, at 2.30 p.m.

Directed by Jan Hrebejk and starring Bolek Polivka, Csongor Kassai and Jaroslav Dusek, "Musime si Pomahat" ("Divided We Fall") focuses on three friends whose paths and relationships change with the occupation of Czechoslovakia by the Nazis. In the days overwhelmed by chaos, doubt and uncertainty, when one neighbor sells out the other, a couple – Josef and Maria – decide to hide their Jewish friend in the store cupboard, keeping a secret that puts their lives in danger. The film is not a moral lesson about the Holocaust but a story of ordinary characters through the lens of dark comedy. The Oscar-nominated film will be screened on Oct. 29, at 5 p.m. and on Oct. 31, at 12 a.m.

Directed by Jan Sverak and starring Zdenek Sverak, Andrey Khalimon and Libuse Safrankova, "Kolja" ("Kolya") is a favorite of classic Czech cinema and won the Golden Globe and Academy Awards for the Best Foreign Language Film in 1997. It tells the warm story of Luka, a retired cellist from the State Philharmonic Orchestra, and a Russian mother and her five-year-old son Kolya. Set in 1989, during the Velvet Revolution that ended the communist regime in the then-Czechoslovakia, this humanitarian, tragic film stars Zdenek Sverak, who is the father of the director. The film will be screened on Oct. 29, at 12 a.m., and on Oct. 31 at 5 p.m.