Hollywood snaps up new generation of stuntwomen from France 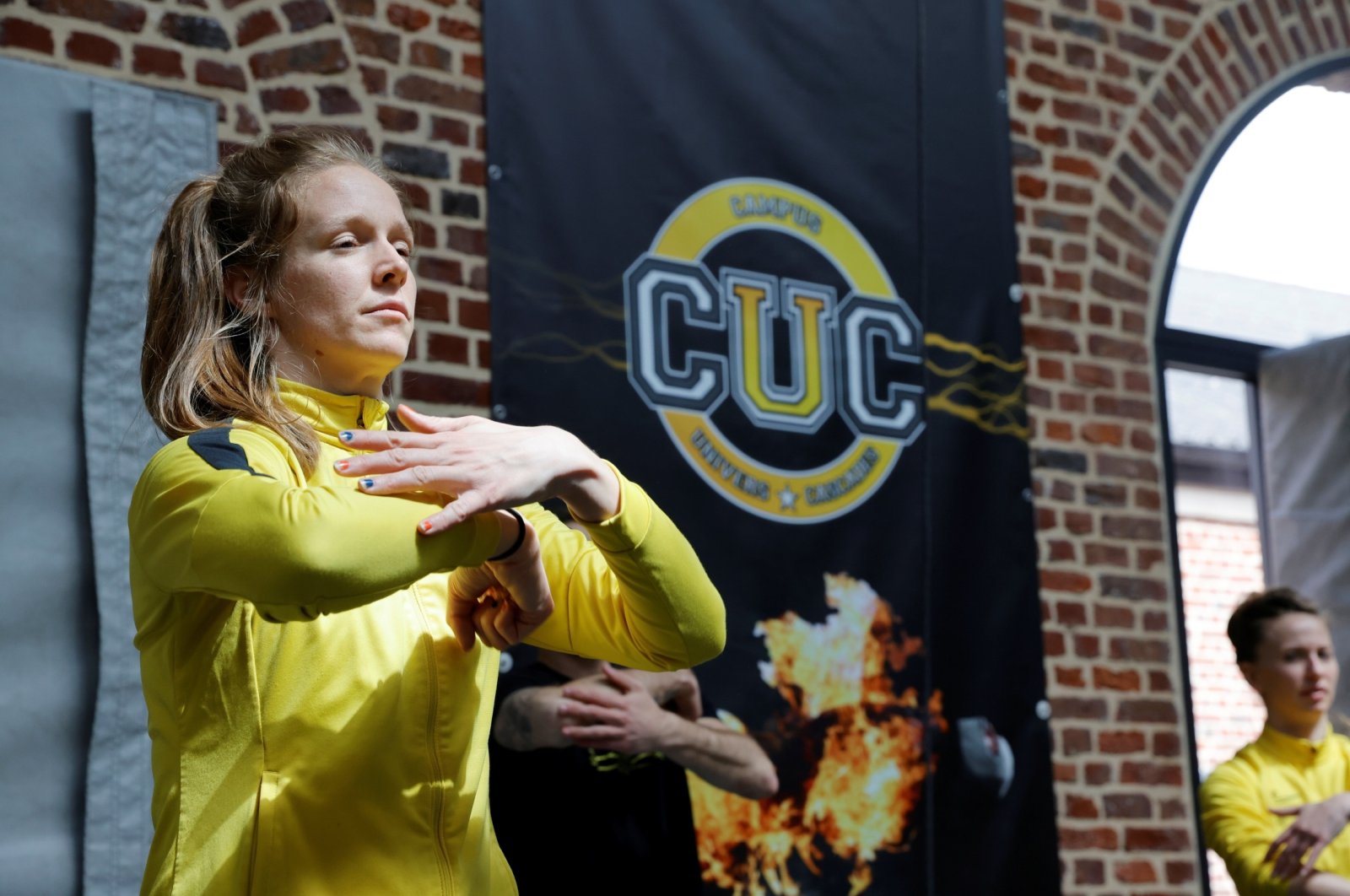 Student Marie Sergent is seen during a warm-up at France's Campus Univers Cascade (CUC), a training ground for stuntpeople, in Le Cateau-Cambresis, France, May 4, 2021. (Reuters Photo)
by Reuters May 07, 2021 2:02 pm
RECOMMENDED

Many of the most famous action sequences in cinema history have one thing in common: stuntpeople – the special, and much under-appreciated, line of experts without whom the world would not be able to enjoy much of its action genre. Now, a new generation of stunt doubles are coming out of France, a growing number of which are women, hinting at a changing and progressing industry.

Valeriane Michelini trained as a dancer before opting to tap into the growing demand for stuntwomen and a career of jumping out of helicopters, leaping from buildings and brawling.

Michelini is one of a growing number of women passing through the Campus Univers Cascade (CUC), which bills itself as the world's biggest stunt school, and looking to break into European cinema and Hollywood as a stunt double.

"I'm used to thriving in a graceful and feminine world," the 29-year-old said between rounds of simulated fights. "And now, I'm in quite the opposite."

Nearly a third of the school's current intake are women.

Demand for female superheroes in the film industry is growing, and with the growth of online streaming platforms such as Netflix, Amazon Prime and Disney Plus, 24-year-old Marine Dolle believes she'll be a precious commodity on the job market.

"It's choreographed, it's calculated, it's technical," Dolle said of the challenges of safely executing dangerous stunts.

Sometimes, the school's women students don't even finish the course before they are snapped up by studios on either side of the Atlantic. Keeping the talent in France is proving difficult, said the school's parkour trainer Malik Diouf.

"There's really a small pool of stuntwomen," Diouf said. "As soon as they have the slightest skills, they leave directly to work with the Americans, the English or the rest of the world."

It was once commonplace for studios to use stuntmen in wigs instead of female doubles, a practice known as wigging.

In a landmark lawsuit in 2018, U.S. stuntwoman Deven MacNair sued a production company and Hollywood's acting union over dressing up a male double rather than hiring a woman.

"We don't need wigs anymore," he said. "The women are badass in any case."