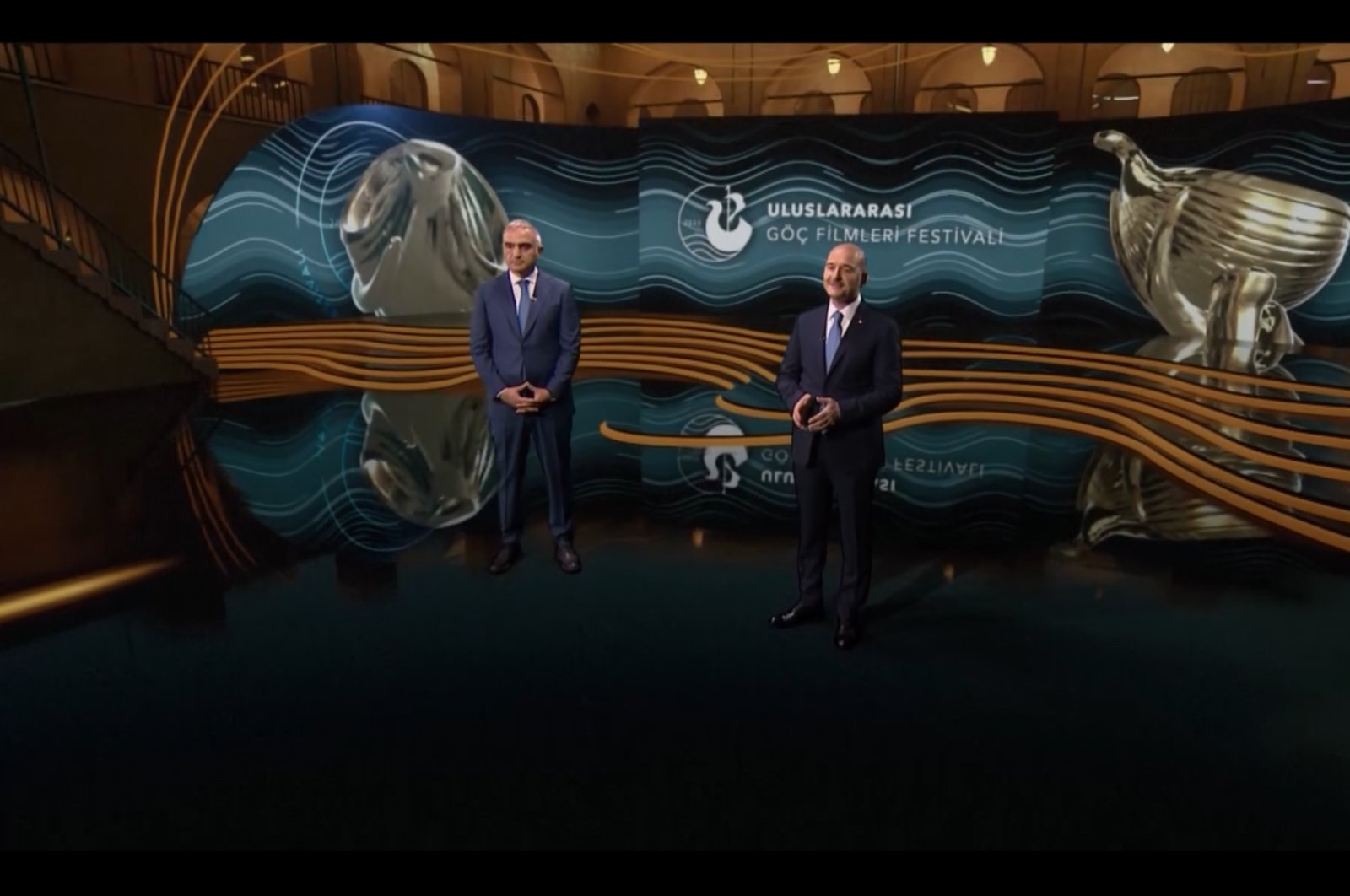 Soylu said Turkey, with its long tradition of migration, has always been successful in welcoming immigrants. Ersoy said immigration occurred in all lands in which civilization excelled.

The festival is being held online due to the coronavirus pandemic but was originally planned to take place in the southeastern city of Gaziantep.

The opening ceremony began at 8 p.m. and was broadcasted on CNN Turk as well as on the festival's website and social media accounts. Eight films are vying for awards at the festival, of which Oscar-winning Syrian-U.S. actor F. Murray Abraham is the honorary president. The international jury will be chaired by Turkey's celebrated filmmaker Nuri Bilge Ceylan, who has won several awards including for best film and best director at the Cannes Film Festival

A total of 45 films will be available for viewing online free of charge during the weeklong festival between June 14-21 on www.festivalscope.com through a subscription.

The opening ceremony of the festival was held in a real-time 3D virtual studio created by the digital blending of the Stonehenge monument in England and the Göbeklitepe archaeological site in Turkey.

The festival aims to stress that "migration has been a common story experienced by all nations throughout history" and to raise awareness on the issue, according to its organizers.

With Anadolu Agency its global communications partner, the festival is supported by Turkey's Culture and Tourism Ministry and organized by the Interior Ministry under the auspices of the Turkish Presidency.