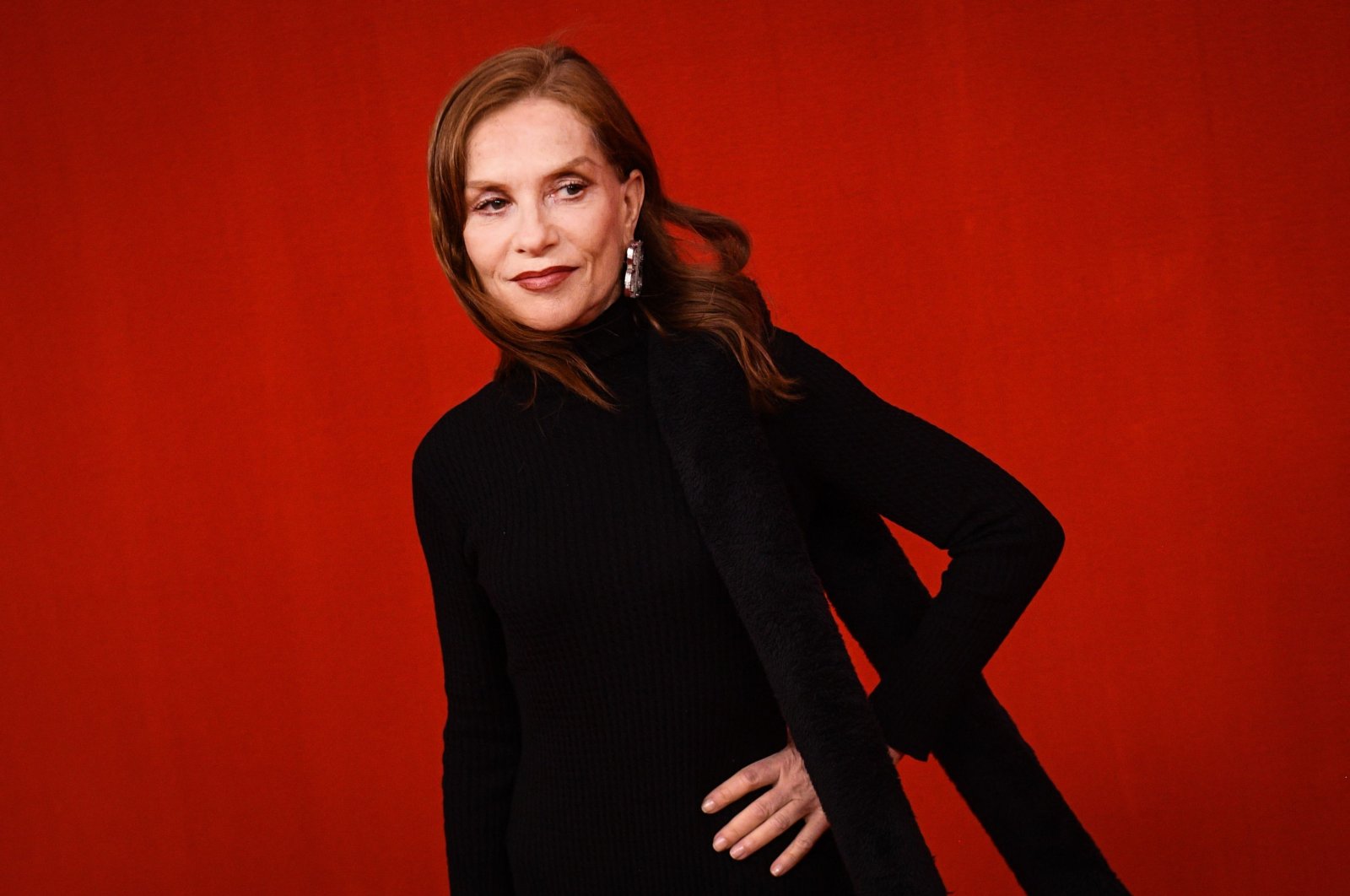 This file photo taken on Oct. 2, 2021, shows French actress Isabelle Huppert posing for photographs as she presents creations for Balenciaga during the Women's Spring-Summer 2022 Ready-to-Wear collection fashion show in Paris, as part of the Paris Fashion Week. (AFP)
by German Press Agency - DPA Dec 17, 2021 10:54 am
RECOMMENDED

"Huppert is one of the most versatile actors in the world and has played an impressive range of characters in almost 150 cinema and television productions," the festival management announced in Berlin on Thursday.

"Huppert is more than a celebrated actor – she is an uncompromising artist who doesn’t hesitate to take risks and flout mainstream trends."

The Berlinale is one of the major film festivals alongside Cannes and Venice. The film festival has already honored many filmmakers for their life's work, most recently actresses Helen Mirren and Charlotte Rampling.

The next Berlinale is planned for February 2022.

Huppert's new film "A propos de Joan" ("About Joan"), which also stars Lars Eidinger, is to be shown at the 2022 festival.

The film festival also plans to show some older films with Huppert, for example, "8 Women" by Francois Ozon, "L’Avenir" ("Things to Come") by Mia Hansen-Love and Paul Verhoeven's thriller "Elle."

The film festival paid tribute to Huppert's film and theater career. She had already taken acting lessons at the age of 14. Renowned filmmakers such as Jean-Luc Godard and Bertrand Tavernier took notice of her early on. She worked with directors such as Claude Chabrol and the Austrian Michael Haneke.

The award ceremony is to take place at the festival in February.

The festival management had recently emphasized again and again that they wanted to hold on to a festival with people physically present despite the pandemic.

Only people who have already been vaccinated against the coronavirus or have recovered from infection would be admitted to the festival under the current rules.