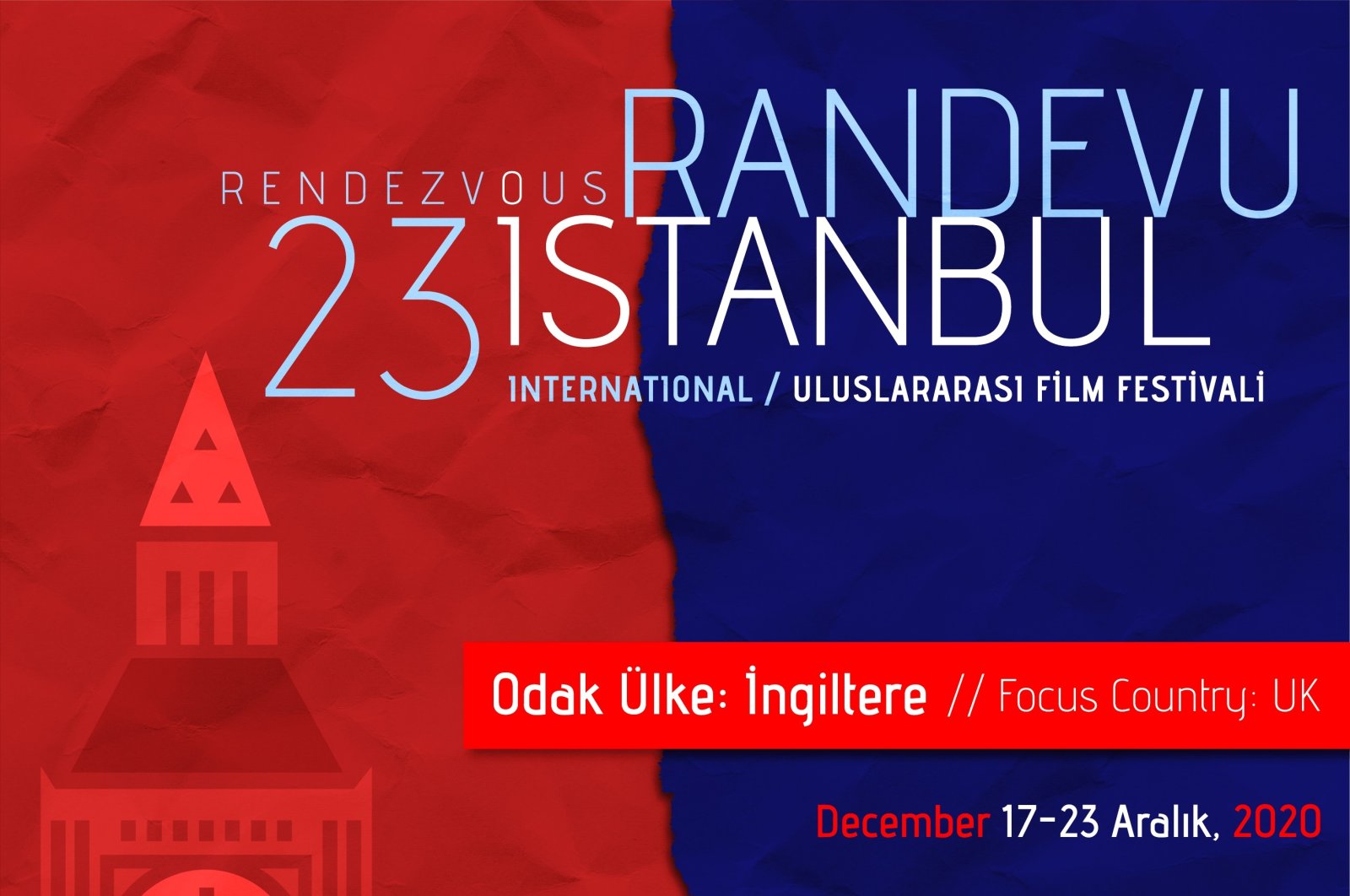 A poster of the 23rd Rendezvous Istanbul International Film Festival.
by DAILY SABAH Dec 15, 2020 11:11 am
RECOMMENDED

The 23rd Rendezvous Istanbul International Film Festival to be held Dec. 17-23 is preparing to screen its program of films and events online due to the pandemic. The festival is organized by the Turkish Foundation of Cinema and Audiovisual Culture (TÜRSAK) with contributions by the Ministry of Culture and Tourism.

The film screenings and events can be followed online by enthusiasts all over the world for the first time in the festival's history. Focusing on a different country each year with a view to developing international cultural cooperation, the festival will host Britain as the guest country this year. As part of the festival, long and short films from the U.K. and Turkey will be screened online, along with interviews and question-and-answer sessions with film crews on the foundation's social media accounts and YouTube channel.

The international partner of the festival is the U.K.’s Producers Alliance for Cinema and Television (PACT) this year. During panels, sector meetings and interviews during the festival, leading industry professionals from Britain and Turkey will come together to address the issues on the agenda and discuss the possibilities of filming and co-production in Turkey. Details about the festival will be announced in the coming days.