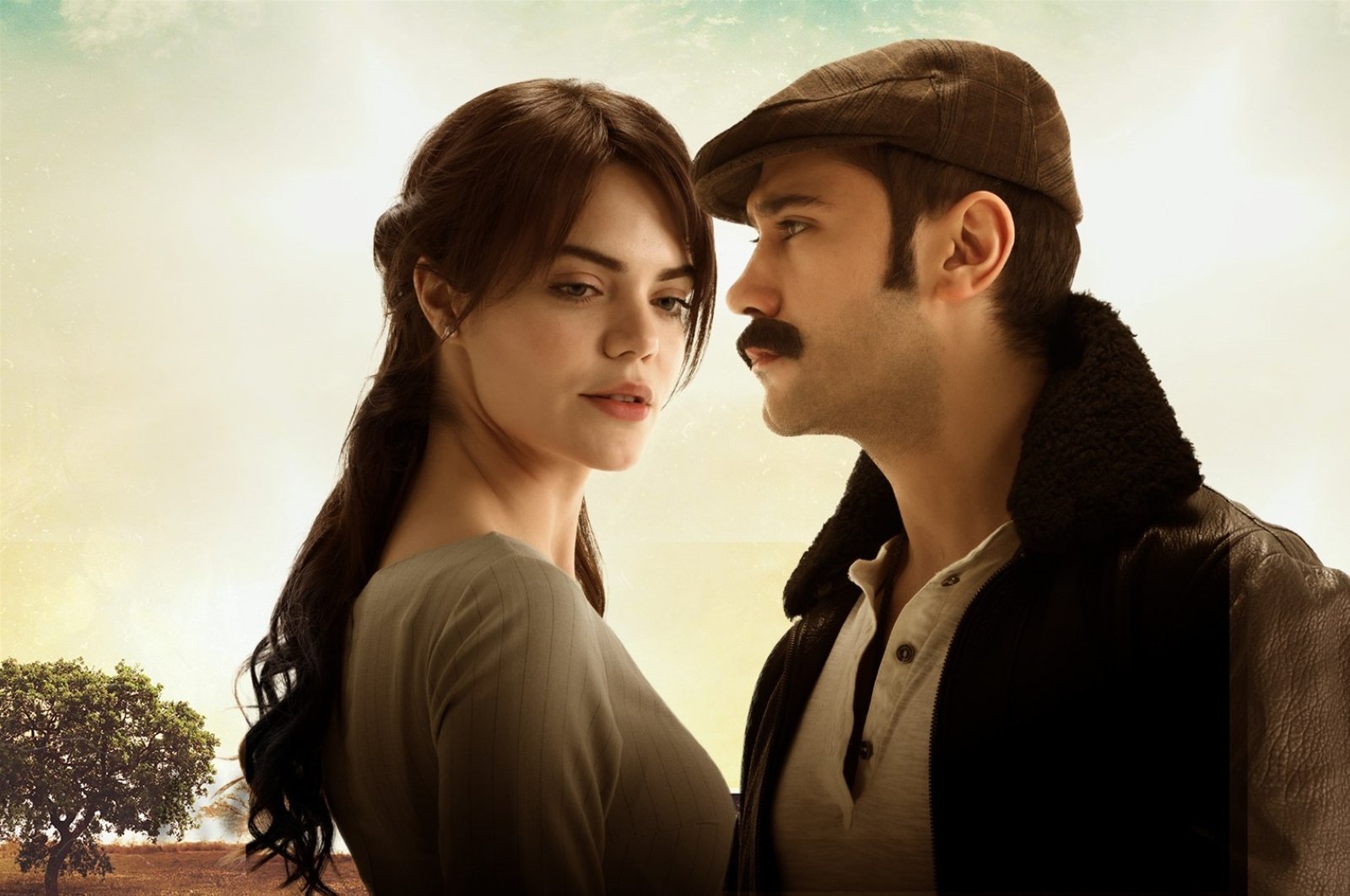 "Bir Zamanlar Çukurova" is aired on MTV, one of the leading television channels in Lebanon.
by Anadolu Agency May 05, 2020 2:03 pm
RECOMMENDED

The Lebanese are shedding their troubles by watching Turkish television series during the month of Ramadan, accompanied by measures to combat the economic crisis and the new type of coronavirus. In Lebanon, where the first case of COVID-19 was detected on Feb. 21, restrictions under the mobilization framework were announced by the government on March 15 and finally extended until May 10. The Lebanese have been forbidden to get together for mass iftars (fast-breaking meals) because of the COVID-19 outbreak. They prefer to watch Turkish series during Ramadan, which were first aired in 2007.

Al-Jadeed, the most-watched television channel in Lebanon, aired three Turkish series with the start of the month of Ramadan. The channel airs one episode before and after the main news bulletin hours. The Turkish series currently entertaining the Lebanese audience are "Sen Anlat Karadeniz" ("Lifeline"), "Fazilet Hanım ve Kızları" ("Mrs. Fazilet and Her Daughters") and "Siyah Beyaz Aşk" ("Black and White Love").

MTV, one of the leading television channels in the country, has brought the Turkish series "Bir Zamanlar Çukurova" ("Once Upon a Time in Çukurova"), "Bizim Hikaye" ("Our Story") and "Kadın” ("The Woman") to the Lebanese audience.

LBCI, one of the satellite channels operating in Lebanon, continues to broadcast the series “Paramparça” ("Broken Pieces").

In an interview with Anadolu Agency (AA), Gavva el-Attar, a Lebanese university student, said that he likes Turkish TV series very much and is a regular viewer of “Paramparça.”

Hale Assi, a housewife residing in the capital of Beirut, said she watches Turkish TV series with her neighbors after iftar. Assi said that they regularly watch “Kadın,” adding: “The series takes you to another world. In fact, they make us forget the COVID-19 outbreak and make us feel that we are living in Turkey.”

Lebanese journalist Ragib Hallavi said that Turkish series stand out among the Ramadan series because they are some of the best drama productions.

Pointing out that Turkish series consist of humanitarian, social and political messages and therefore attract the Lebanese audience, Hallavi said: “Turkish series have shown that they could compete strongly with Lebanese and other Arabic series. In fact, Turkish series have replaced Lebanese-produced series that had to withdraw from screens due to the COVID-19 outbreak.”

Hallavi noted that the series sector in Turkey is constantly developing, continuing: “The Turkish series are able to get ahead of others due to their constant development, as well as the fact that they do not fall into repetition in script despite their successful cast and giant presentations.”

Hallavi pointed out that Turkish drama has the power to attract the audience without tiring them out during the month of Ramadan, and therefore stand out on Lebanese television channels.

Journalist Firas Halime stated that Turkish series, which are now on Arab television with productions such as “Gümüş" and “Muhteşem Yüzyıl” ("Magnificent Century"), are popular among Lebanese people.

Remarking that the domestic series in Lebanon did not compete with the Turkish series this Ramadan, Halime emphasized that Lebanese audiences like Turkish-made drama and that Turkish series are cost-effective for television channels that are going through an economic crisis.

Halime noted that the most acclaimed Turkish TV series this year in Lebanon is “Kadın” and the series is topping rating charts.