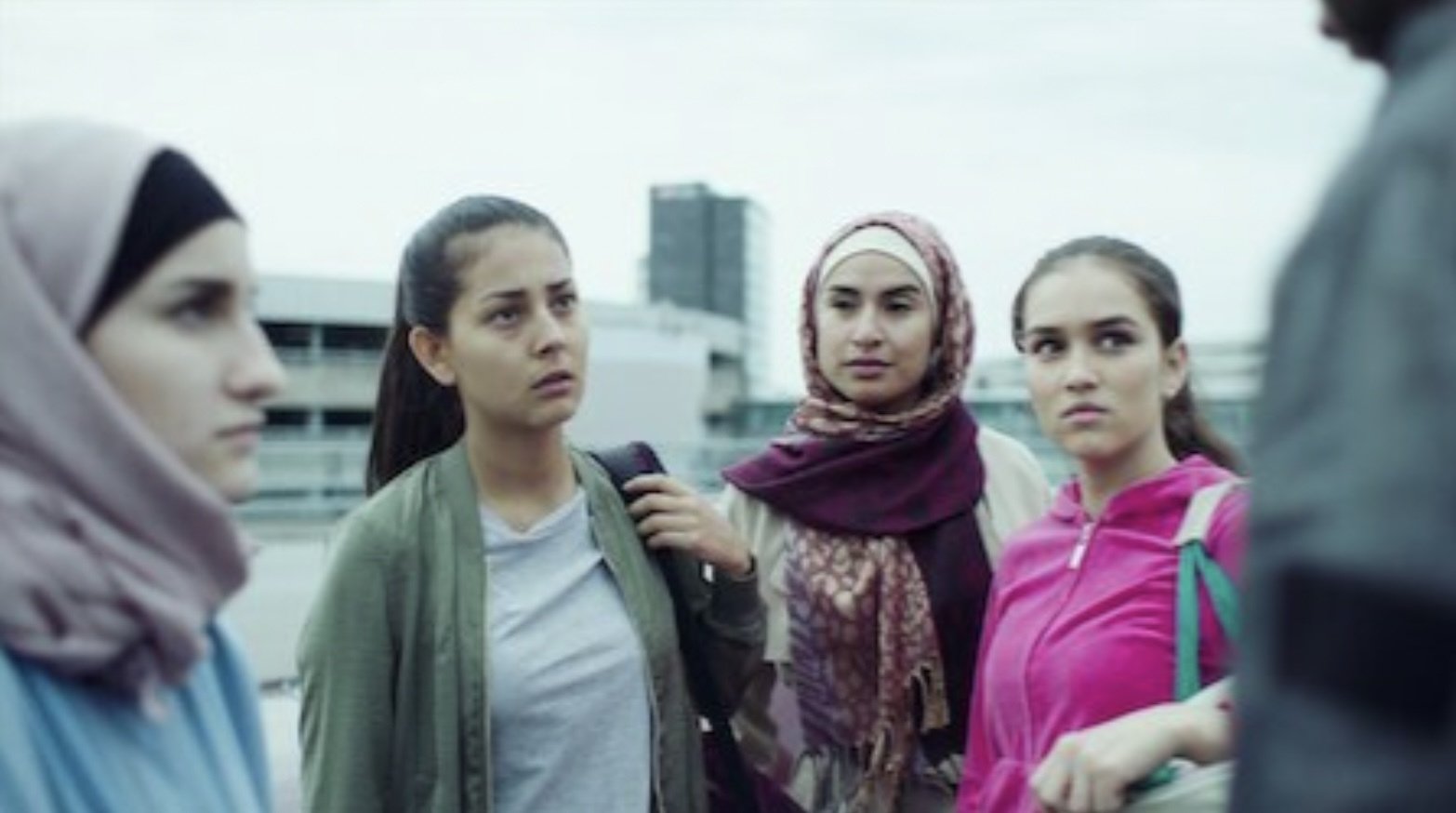 A screengrab from the Swedish TV series, "Caliphate," that revolves around themes such as "extremism," terrorism and women's rights.
by Anadolu Agency Jun 11, 2021 9:50 pm
RECOMMENDED

The representation of the Muslim population which constitutes nearly a quarter of the world’s population, in key cinema markets is a paltry 1.6%, and their roles are often distorted in dangerous and insulting ways, according to a groundbreaking new study.

The 200 most popular films produced between 2017 and 2019 in the United States, Britain, Australia, and New Zealand were examined by the Annenberg Inclusion Initiative of the University of Southern California in the report "Missing & Maligned: The Reality of Muslims in Popular Global Movies," the researchers said in a statement Friday.

According to the research, Muslim characters got 5.6% of the screen time in Australian films. While the U.S. and the United Kingdom both gave 1.1%, New Zealand – the site of a horrific massacre of 51 Muslims in March 2019 – did not include a single Muslim in any of their movies produced over a three-year period.

The overall percentage of on-screen Muslim female representation was found to be 23.6%, with men taking 76.4% of the roles.

How Muslims are represented

On the ways Muslims are represented in those films, the researchers said they are racially profiled, as unlike other religious or ethnic identities, "Muslim characters are linked to violence."

Strikingly, it said: "19% of Muslim primary and secondary characters died by the end of the film. Five of eight died by violent means."

In the films examined, the researchers also found that modern-day Muslim characters are rare.

In terms of the Muslim representation in different film genres, the study said: "Young audiences will find few Muslim characters in film."

"Of 23 animated films, not one depicted a Muslim character. Across 8,965 speaking characters in 200 top films, only 7 were Muslim children."

Moreover, according to the study, the Muslim characters portrayed did not reflect a diverse community.

Films portray Muslims as "foreign," according to the study's findings. "Of 41 primary and secondary Muslim characters, 58.5% were immigrants, migrants or refugees, 87.8% spoke no English or spoke with an accent, and 75.6% wore clothes related to their faith."