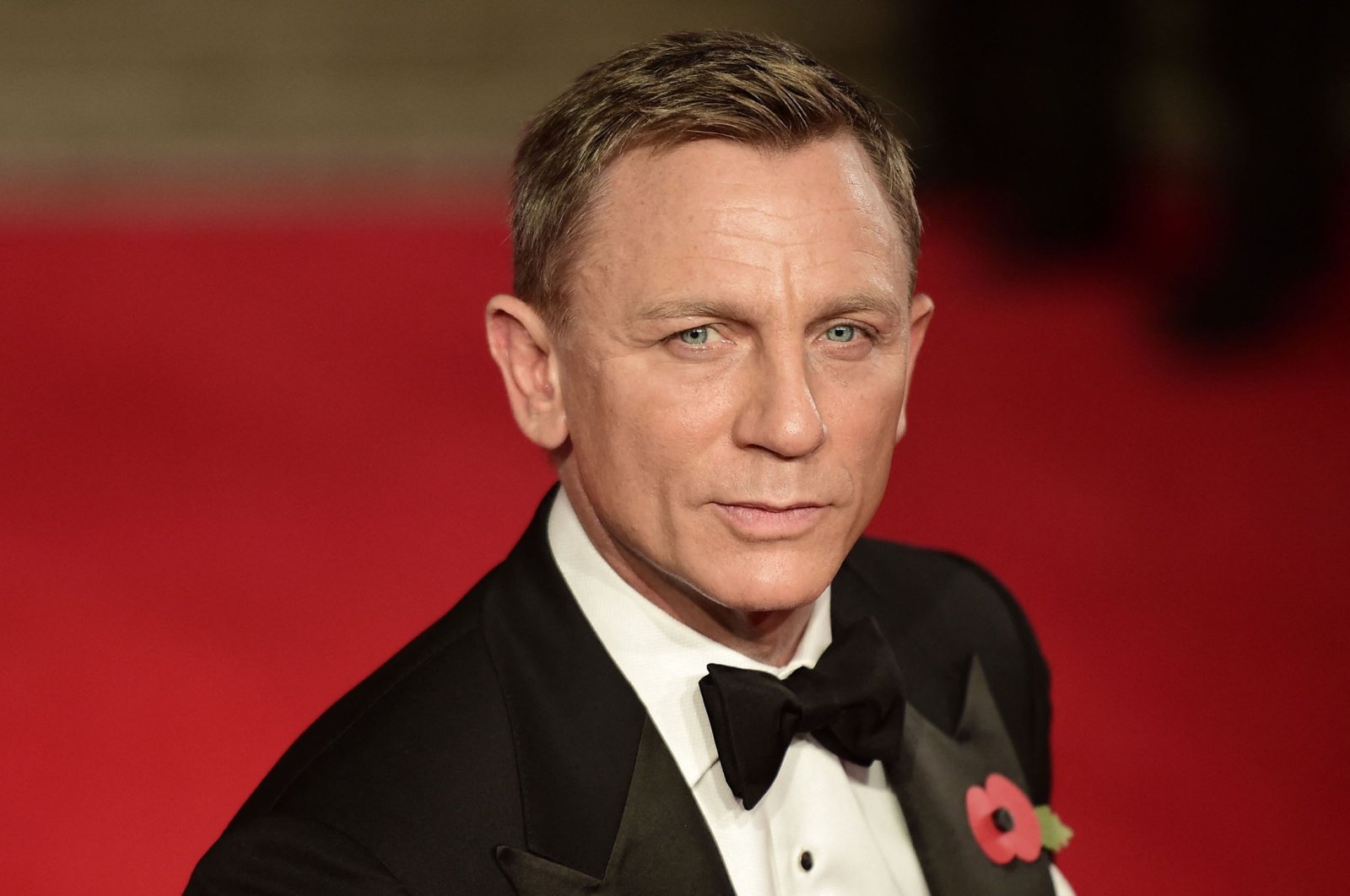 After a decade and a half playing the legendary British spy James Bond, Daniel Craig is making way for a new generation of actors following his fifth 007 film, "No Time To Die," which has its world premiere in London on Tuesday.

There are few casting decisions as hotly anticipated as the question of who will be the next 007, with many expecting that a black Bond or even female Bond is in the cards.

Craig, a somewhat reluctant Bond at times, has had one foot out of the tuxedo almost from the moment he took on the role back in 2006.

But "No Time to Die" appears to really be his fifth and final outing, and so the rumor mill is back in action.

For years, several names have been closely linked to the role, which has previously been played by stars including Sean Connery, Roger Moore and Pierce Brosnan.

Craig was an attempt to toughen up Bond after Her Majesty's top agent was threatened by an American – Jason Bourne – and his grittier adventures.

He was a massive success, with "Casino Royale" and "Skyfall" in particular seen as two of the best Bond films of all time, and returning the character to the style of the original novels by Ian Fleming.

Tom Hardy, often a villain or at least an anti-hero in films like "The Dark Knight Rises", "Venom" and "Mad Max: Fury Road," would be a way to maintain that darker vision of Bond.

He is currently the bookies' favorite in Britain, according to betting agency William Hill.

A name that is often in the discussion is Idris Elba, known for "The Wire," "The Suicide Squad" and hit BBC series "Luther."

He set social media tongues wagging in 2018 when he posted: "My name's Elba, Idris Elba" – echoing Bond's famous catchphrase – but he added soon after: "Don't believe the hype!"

Bond producer Barbara Broccoli has repeatedly said that the next 007 "doesn't need to be a white man."

Broccoli seemed to rule out the possibility of a female bond, telling Variety: "I'm not particularly interested in taking a male character and having a woman play it. I think women are far more interesting than that."

But that hasn't stopped speculation around Lashana Lynch, a 33-year-old black British woman.

Craig, however, agreed with Broccoli's position, telling the Radio Times: "There should simply be better parts for women and actors of color.

"Why should a woman play James Bond when there should be a part just as good as James Bond, but for a woman?"

Having set millions of hearts aflutter with Netflix hit "Bridgerton" over the past year, another bookmaker's favorite is the young British-Zimbabwean actor.

He has been self-effacing about the idea, telling U.S. talkshow host Jimmy Fallon: "If you're a Brit and you do something of any kind of renown, then people start saying the B-word."

Less coy about his desire for a license to kill is Spiderman star Tom Holland.

Not content with being a superhero, Holland told Variety: "As a young British lad who loves cinema, I'd love to be James Bond. So, you know, I'm just putting that out there. I look pretty good in a suit."

Also in the running

There are plenty of other candidates, with Vogue recently offering a run-down that gave strong odds to "British-Malaysian dreamboat" Henry Golding, "Bodyguard" star Richard Madden – or for a more cerebral twist on the character, "Peaky Blinders" lead Cillian Murphy.

For now, lips are sealed at Bond HQ, with Broccoli saying: "You can only be in love with one person at a time.

"For now, we just cannot think about anything beyond Daniel."

While on the subject of Daniel Craig and the next James Bond, it would be amiss to miss the opportunity to pay tribute to Craig, who has revived the series and took it to new heights and became, in some people's eyes, the best Bond to put on the suit.

Gratitude is the keyword, because back when he was slated to play Bond, Craig was met with wide doubt and criticism. However, he has won over the hearts of nearly all. Ever since, audiences have felt grateful that he did don the suit.

The blond-haired, blue-eyed actor was not well known to the general public when he took over from Pierce Brosnan in 2006, and seemed far removed from the character created by writer Ian Fleming.

Even Sam Mendes, director of 2015 Bond film "Spectre," admitted that he thought at the time that it was a bad fit.

"I thought Bond had become the opposite of what Daniel is – a slightly disengaged, urbane, jokey, eyebrow-raising, you know, a pastiche in a way," he told the BBC.

But the intensity Craig brought to the part won over doubters and allowed the multimillion-dollar franchise to be rebooted with a harder, more serious edge.

"I got drunk," Craig told the official 'James Bond' podcast.

"I bought a bottle of vodka and a bottle of vermouth, a cocktail shaker and made myself three or four vodka martinis," Bond's favorite tipple.

Producer Broccoli, however, explained that Craig had resisted her advances for some time before agreeing, saying "the big problem was that he didn't want to do it."

Although a fan of the famous MI6 agent since childhood, the actor feared that his personal life would suffer from the pressure and fame that come with being the franchise figurehead.

His private life remains relatively secret, although the tabloids have reported he had affairs with supermodel Kate Moss and actress Sienna Miller before marrying the Oscar-winning actress Rachel Weisz in 2011.

The couple had a baby girl in 2018. He already had a daughter, Ella, with his first wife, Scottish actress Fiona Loudon.

Born in 1968 in Chester, northwest England, to a pub landlord father and art teacher mother, Craig spent part of his childhood in Liverpool, where he moved with his mother and sister following his parents' divorce.

He started acting at an early age, attending drama school in London and landing a string of roles in television, art house cinema and on stage before breaking through in Hollywood with films like 2001's "Lara Croft: Tomb Raider."

He has played the painter Francis Bacon's lover in "Love is the Devil" (1998) and starred alongside Tom Hanks in Sam Mendes' "Road to Perdition" (2002).

He is also known for playing a cocaine dealer in Matthew Vaughn's 2004 film "Layer Cake," before signing for the James Bond films.

Craig, 53, then seemed intent on calling it quits, but Broccoli convinced him to make a swansong in "No Time to Die."

He has always insisted his own personality is a long way from the tuxedo-wearing, Martini-drinking Bond.

In real life, he prefers jeans, a T-shirt and a cold beer in the pub.

Shortly after the birth of his daughter with Weisz, he was pictured carrying her in a sling on his front.

British TV host Piers Morgan lashed out at the image, with the Twitter hashtag #emasculatedBond, but his comments sparked a backlash on social media.

Between Bond films, Craig has chosen roles far removed from the suave spy, including an acclaimed 2013 Broadway production of Harold Pinter's "Betrayal" with Weisz.

He added: "The day I can walk into a pub and someone goes, 'Oh, there's Daniel Craig' and then just leaves me alone, that'll be great."