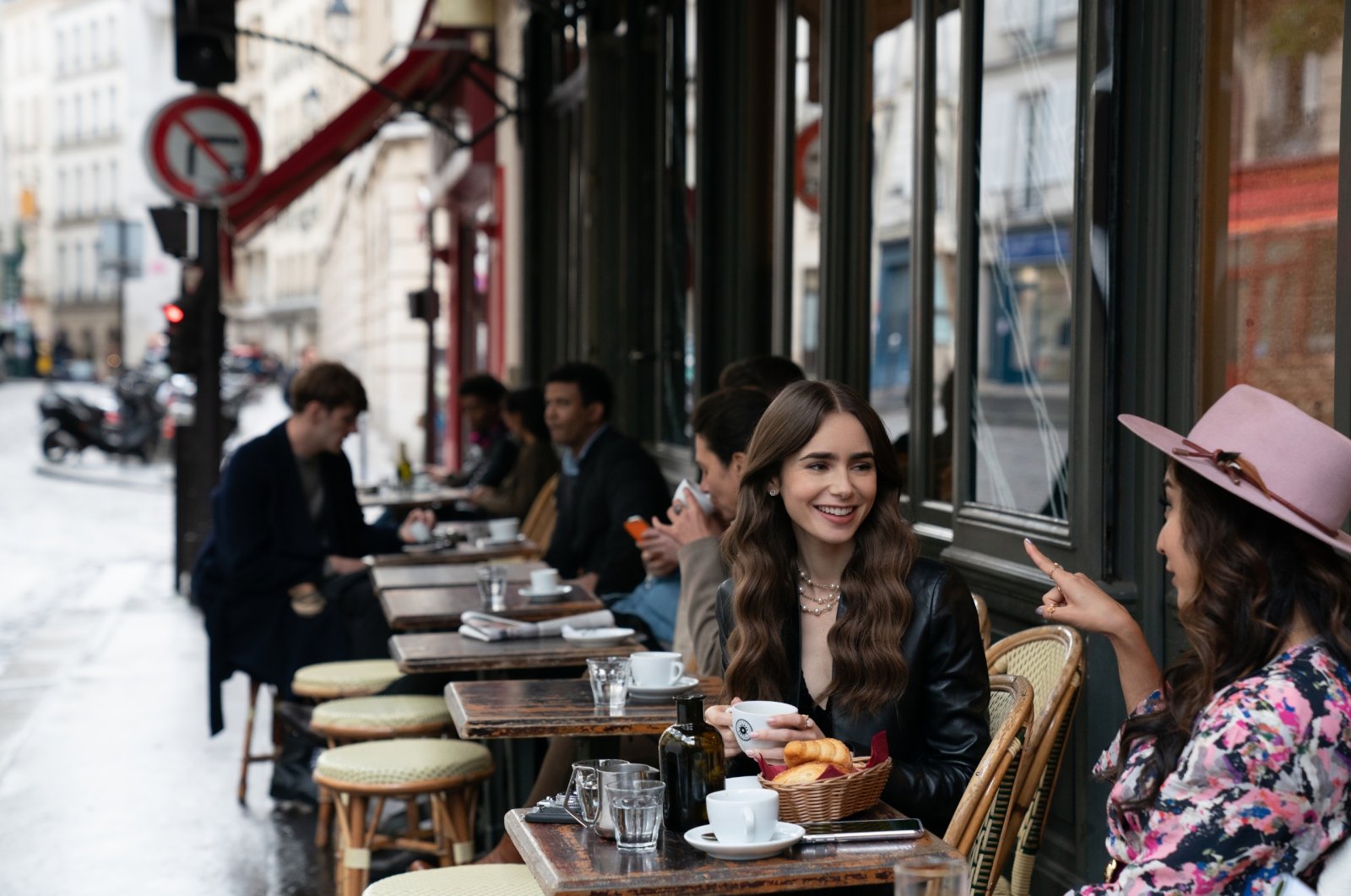 Emily, played by Lily Collins, sits with a friend in a Parisian cafe in the first season of the Netflix series "Emily in Paris." (DPA Photo)
by German Press Agency - DPA Aug 26, 2021 11:16 am
RECOMMENDED

According to a report by French weekly news magazine L’Express, foreign tourists in France have been visiting the locations that various Netflix shows like "Emily in Paris," "Lupin" and "Marseille," were shot in, giving a much-needed boost to the country's tourism sector.

Those who have had their fill of the Eiffel Tower or the Louvre in Paris are now heading over to see the backdrops of the series "Emily in Paris."

The French capital is now full of tourists snapping selfies in front of some of the spots from the series.

A restaurant frequented by the main character now offers a Menu Emily. A bookshop that often shows up in the series has also been enjoying a rush of interest.

And this interest is not likely to ebb any time soon. Work on the show's second season just ended, hinting at another rush of fans to the City of Lights.

"Lupin," a show about a gentleman thief is doing the same for spots up in Normandy such as the beachside town of Etretat, ever since a key scene in the second series was set there. Eric Baudet, the spokesperson for the local tourism bureau told L'Express that foreign journalists and viewers have been flooding the office with questions since the story arc played out.

"Even if we couldn't quantify it, there's no way to deny the influence Netflix has had on Etretat."

But not everyone is happy. Environmental campaigners say the region's chalk cliffs would suffer if tourism picked up too much.

Even shows from a few years ago are doing their parts. L'Express reported that "Marseille," which was released in 2016 and 2017 are still working their magic, in this case drawing visitors to the French harbor city.

Maxime Tissot, the director of the tourism and convention center said that, even if it's not possible to put specific numbers on the number of tourists the show has drawn in, it's not unusual to hear foreign tourists mentioning the series.

There have been other perks too. Marseille has since become the backdrop for more shows and movies. In 2019, it saw 441 days of filming.

A 2018 study by CNF, the French center for film, has already proven that screen time can translate into tourists coming to the country. In the survey, 74% of tourists who watched a film or show made in France said it got them interested in visiting the country.