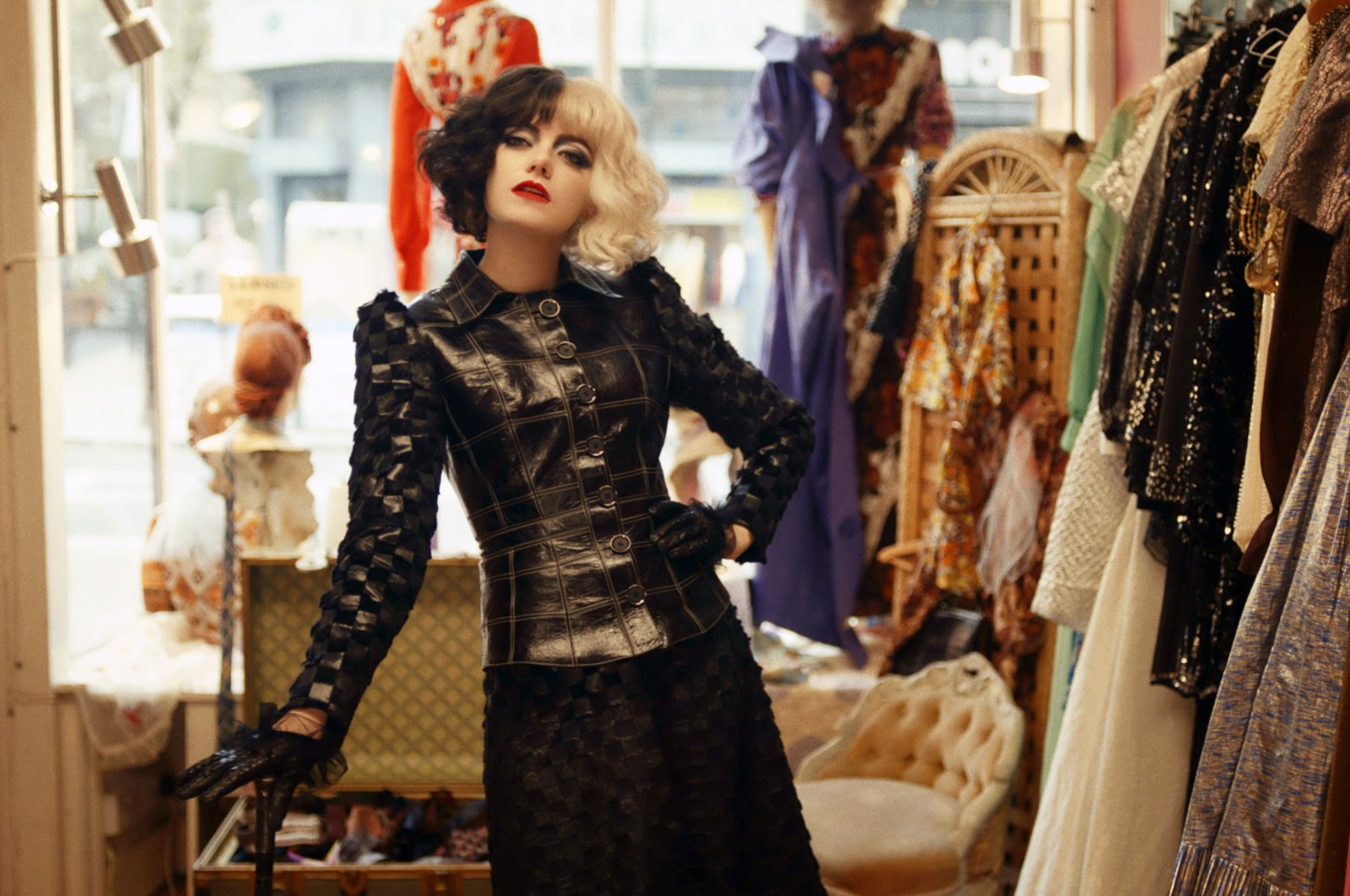 This image released by Disney shows Emma Stone in a scene from "Cruella." (Disney via AP)
by REUTERS May 21, 2021 10:31 am
RECOMMENDED

An origin story of the "101 Dalmatians" villain Cruella de Vil, the movie describes how a chance encounter with celebrated couture designer The Baroness, played by Thompson, sends fashion-obsessed orphan Estella, played by Stone, over the edge and turns her into the famously monochromed menace.

Set amid the punk movement of 1970s London, "Cruella" sees the daring young woman use fashion as her weapon against the traditional Baroness. Costume designer Jenny Beavan created 47 looks for Stone, and 33 for Thompson.

"Getting to be with Emma T and getting to play these two women who are going toe-to-toe and really just the top of what they do – they're so good at what they do and they're so bad deep down – was really a delicious thing," Stone told Reuters.

Director Craig Gillespie described watching the two actresses in action, sparring with one another, as "blissful."

"Every time they were in a scene together it would just be such a fun, joyous day, just the banter and the rhythm that they would have with each other," the Australian filmmaker said.

But it was his other leading stars that really stole the show according to the cast. "I truly believe one of the great loves of my life is the dog Buddy who is played by the dog Bobby, who was a rescue dog and one of the sweetest dogs I have ever met," Stone said of the street dog Estella takes in.

"Buddy was a star," agreed British actor Joel Fry who plays Estella's friend and accomplice Jasper. "Buddy and Wink really stood out as stars of the animal showbiz world," he said referring to a chihuahua who also features in the movie.

The movie, released in cinemas and on Disney+ on May 28, was shot in England over 65 days with several gala scenes featuring large-scale sets and 300-400 extras in full costume.

Gillespie, who directed the 2007 movie "I, Tonya", said he hoped the "absolute whirlwind" of the shoot had translated into a fast-paced, energetic and entertaining movie.

"I just want you to be able to walk out and be like 'wow, that was a lot of fun'," he said. "And it feels like that's what we need right now."