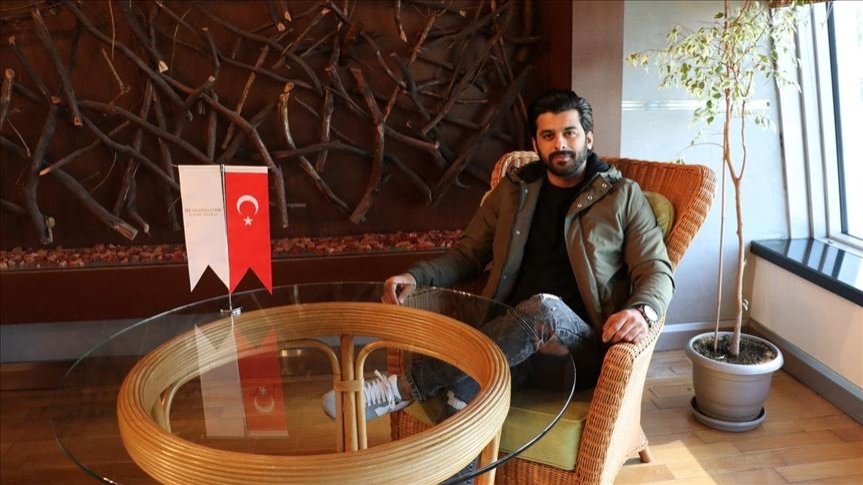 Turkish TV shows have a devoted fan base in Pakistan, so much so that the country is now hoping to begin joint media ventures with Turkey in order to learn from each other's experiences and further strengthen bonds between the countries.

Humayoun Ashraf, a Pakistani model and actor, currently on a work visit to the Turkish capital Ankara, said he felt at home in Turkey and that he would love to be a part of a coproduction.

Ashraf, 34, who has appeared in Pakistani dramas including "Mere Khuda" and "Humnasheen," made his film debut in 2019 with the romantic musical "Sacch."

"In Turkey, it just feels like home," he said. "Turks are humble and friendly" and "get more friendly when they find out I'm from Pakistan," he added.

On his country's love of Turkish television, particularly "Aşk-ı Memnu" ("Forbidden Love") and "Diriliş: Ertuğrul" ("Resurrection Ertuğrul"), Ashraf said: "I think Pakistanis forgot to watch Pakistani dramas during the coronavirus lockdown, as almost everyone was into Turkish productions."

Turkish TV series have left Pakistanis with a positive impression of the Turks, he explained.

The positive aspect of the pandemic was that it brought people closer together, he said. "All families came together, sat together, ate together and got to know each other better," he said. "Even after the pandemic, we should get a two-month break every year to eat, sit and travel with family."

When asked about his future plans and expectations, Ashraf said he believes in himself above anyone else. "I expect from me, not the future. If I work hard, I can expect something good in return." He thanked fans for their continued appreciation, saying it keeps him going, despite the ups and downs.