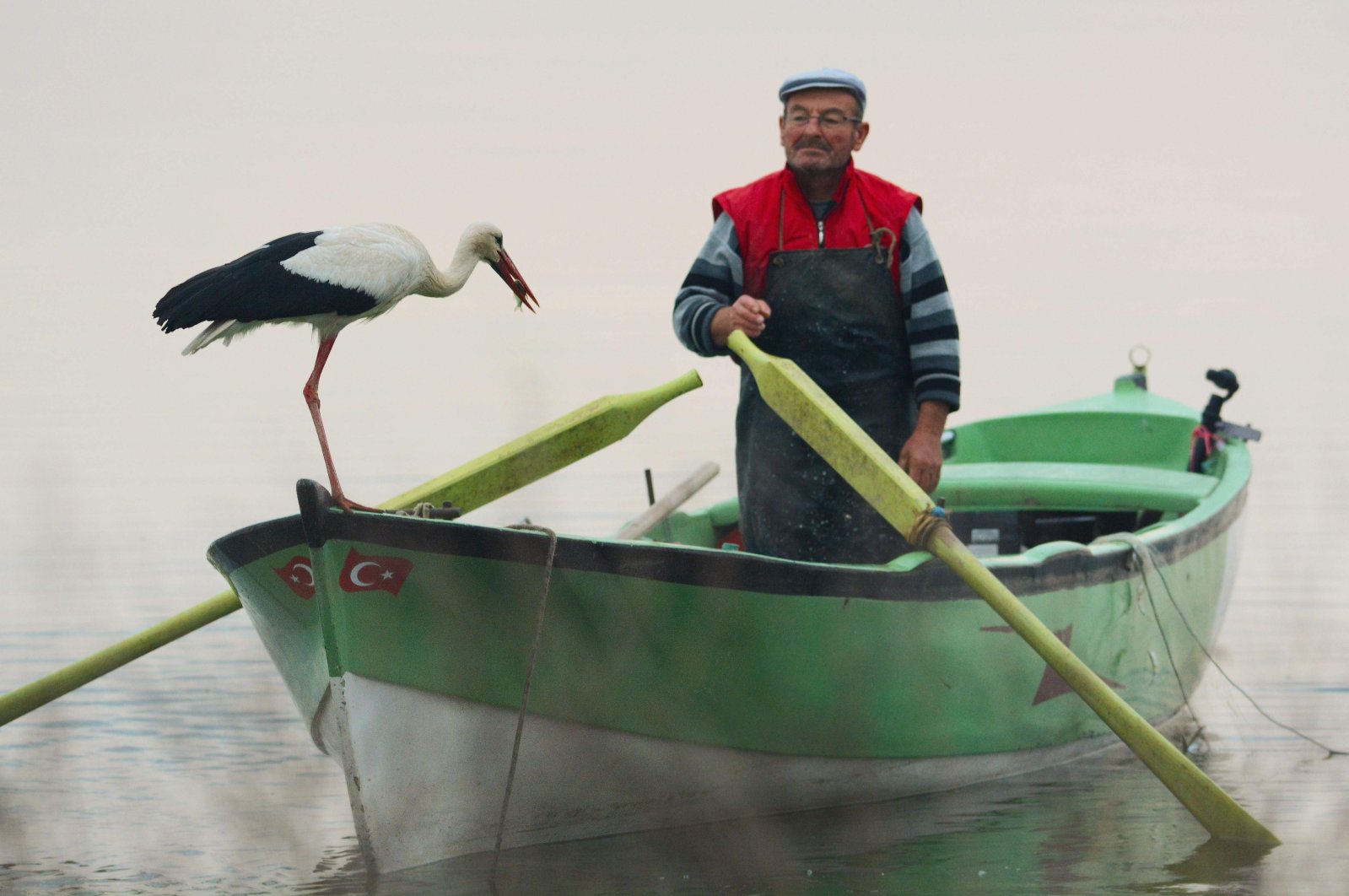 The premiere of the documentary "Yaren," which was named the best documentary at the Prague Film Awards held in Czechia, was held online for easy access by viewers staying at home as part of measures taken against the spread of COVID-19. The award-winning film portrays the life of 66-year-old Adem Yılmaz, who earns his living by fishing in Eskikaraağaç, a European stork village in Karacabey district in western Bursa province, and the stork named "Yaren" that migrates to the village every year in spring. The film also was released on YouTube Friday.

After the screening, nature photographer Alper Tüydeş, who spoke about the story of the film, and film director Burak Doğansoysal answered questions from the audience during a live broadcast through their Instagram accounts. Tüydeş and Doğansoysal also answered questions from Anadolu Agency (AA) correspondents through a teleconference due to the “stay at home” order by the Ministry of Health and described the journey of the documentary film and the reasons for the idea of releasing it online.

Tüydeş said they decided to conduct a live broadcast with the film’s protagonist Yılmaz through social media for nature enthusiasts as people continue to practice self-isolation. Pointing out that this is a good decision, Tüydeş noted: “In this process, where people should stay at home, our goal was to make the film reach out to people and to offer the audience a broadcast to make them a little bit happy and peaceful as they spend time at home amid boredom. I think it was a very good decision. We are delighted and proud that the film draws people's attention to nature and to the relationship between people.”

Tüydeş expressed that the broadcast attracted great interest when they announced the premiere on Twitter, inviting everyone to the village where the story takes place. He stated that a model of Yaren the stork was also made, but they have not thought about making toys of the character yet. “While all the heroes of the story are alive now, we are waiting for the audience at our stork village, where the story takes place every year, instead of making models that will console the audience. We can make toys in the coming process. We want people to come to the village because it is a story that is almost repeated every day.”

The film's director Doğansoysal said they did not want to wait longer for the screening due to the strong demand from the audience.

“When we set out on our adventure, we did not have a commercial goal. We wanted this film to reach out to as many people as possible. So, we thought where we could get the highest number of viewers and how to get them,” Doğansoysal stated, adding that the quarantine period has actually coincided with their idea.

Indicating that people have recently paid a lot of attention to online content, especially broadcasts on Youtube or live feeds, Doğansoysal said they decided with the film’s producer Akın Esgin that the best platform for this would be YouTube. “In fact, we expected that the festival process abroad would end by autumn. ‘Yaren’ would be screened at some 78 festivals. However, since these festivals have come to a standstill and most of them have been canceled, screening has also been canceled. So, we decided to premiere it on YouTube.”

Doğansoysal stated that they had not previously negotiated with digital platforms regarding the screening of the film, continuing: “The documentaries I have directed so far are currently on air in 37 countries. They are also broadcast on online platforms or on television. Some of our works are circulating on TRT documentary in Turkey. But, we never initiated this for ‘Yaren.’ A few months ago, at Television Production Fair, in Cannes, France, television channel authorities and distributors were given a preview, with very positive feedback, especially from European countries. This was not a commercial business for us. We just wanted this story to reach a large audience.”