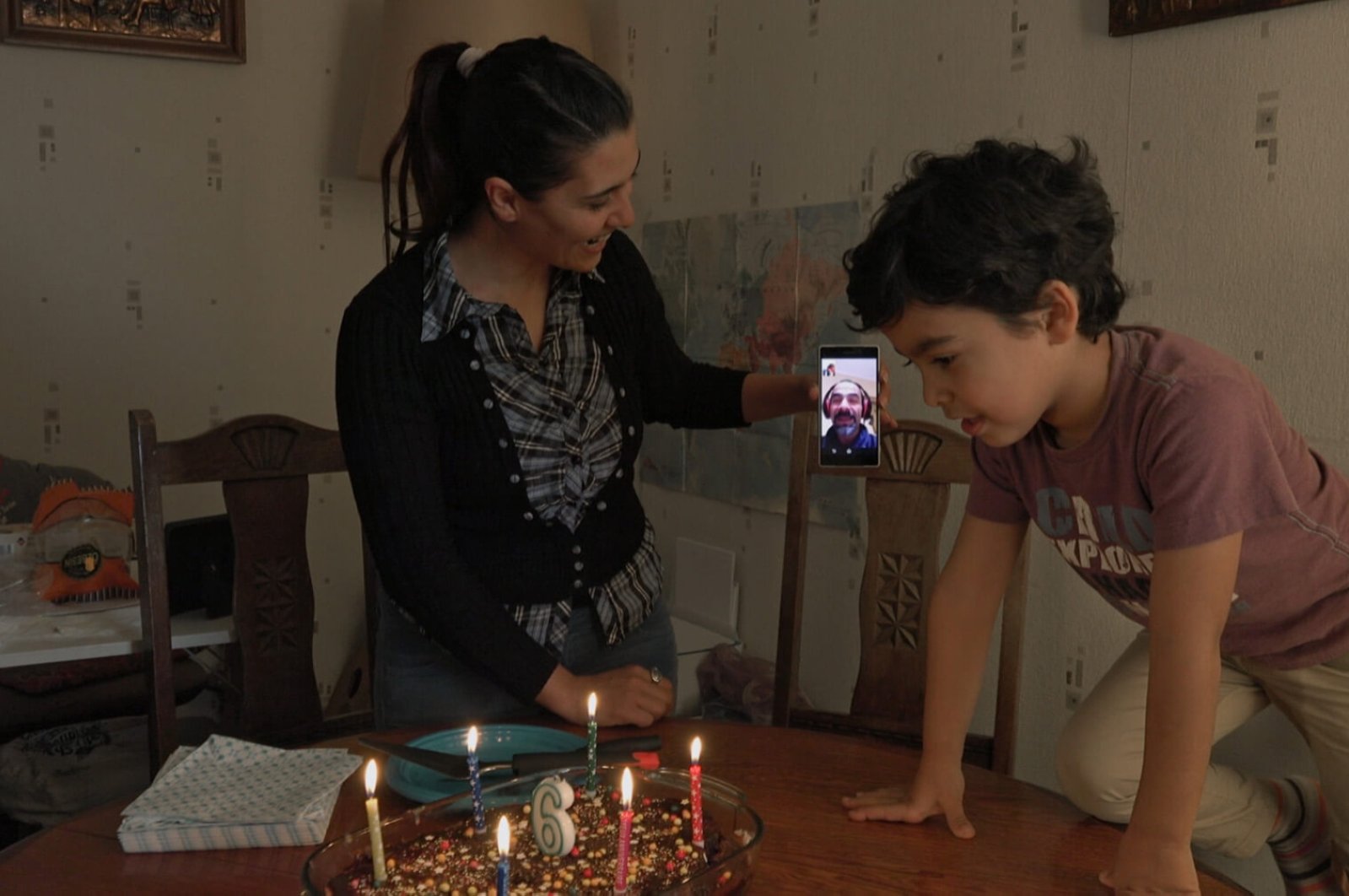 ‘Gevar’s Land’ charts the story of recent immigrants in France whose attempts at putting down roots take on a physical reality as they try to grow vegetables in a hobby garden. The land’s response to Gevar and his family take on a beautiful allegorical significance as they try their best to work and negotiate with it

If French politicians adhered to the spirit of secularism, one would think that instead of speaking about religion so much, they would try to find solutions to the country’s more endemic problems, such as the woes of farmers. The country’s best-known novelist Michel Houellebecq made the dying farming industry in France the central theme in his latest novel “Serotonine” (“Serotonin”), and when Houellebecq speaks about something, you know it really touches a nerve in the French public. Accordingly, the story of a refugee trying to farm in France brings all the items of the French public agenda together in one narrative. In “Gevar’s Land,” Qutaiba Bahramji tackles these issues head-on and brings out all the talking points one can imagine through his masterful direction of the episodes from the life of our hero Gevar and his family.

We are living in a world that has been shaped, in many ways, by the Syrian revolution, and the story of the conflict has been told through several lenses. “Gevar’s Land” focuses on the life of the refugees after they have settled and on how they negotiate their new roles in the society they have been welcomed into. What is very refreshing about this documentary, which was featured at the Ajyal Film Festival in Doha, is that it is not a “fish-out-of-water” or “clash-of-cultures” story. It is the story of a couple who speak French, who are already familiar with French culture and who have come to France to settle. Early in the film when they’re having a soiree, one of their friends talks about how before the war, he had visited a French theater festival in France and how he likes certain aspects of the culture. It is a beautiful moment when a room full of Syrian immigrants are evaluating the pros and cons of different European cultures dispassionately.

It is the utterly no-nonsense approach that Gevar has toward life and his stoicism that make the documentary so watchable. As he lovingly lifts the cover from his seedlings and shows the camera the fragile plants he will be planting, you know that even if they should fail and die, Gevar will keep on pushing. The resilience of the refugee has already translated into the resilience of the immigrant, and as such, the film speaks to a wider audience. One experience that Gevar’s wife shares with him is of being chatted up by a French police officer who “spent 15 minutes speaking to me about Syria” because he’d been posted there on some peace mission or other. This is a perfect reminder that before Syrians were in France, the French were in Syria in several capacities throughout history. Being held hostage in conversation, as it were, by European law enforcers, rings true for all non-European travelers to Europe. This scene triggered in me a memory of being held hostage similarly by a Dutch ex-soldier who, he informed us emphatically, had “protected” the Bosnians during the war. We know how well that ended. In such situations, you are expected to sit and listen silently and thank the European for being where he ought not to have been. But Gevar’s wife’s story gets even more intense when the officer asks her to report back if she hears “any chatter” among the Syrian immigrants. She tells Gevar that she told the officer: “Well, that’s your job, not mine,” and I immediately want her to set up an institute where she teaches immigrant women how to repel the government’s propositions of unwholesome and unpaid work.

Even without France’s farming troubles, the planting metaphors for refugees work beautifully. Gevar plants Syrian okra in Reims and then speaks about how the more roots there are in a potato plot, the stronger the harvest will be. People need community and roots that go deep to prosper. Apart from their Syrian friends, the other people we see Gevar and his family interacting with are their neighbors in the hobby garden. After a period of not very good growth, the gentleman who has the next plot comes to give some advice. The minute he enters, with a mustache, spectacles and a T-shirt, there is no mistaking that he is a Turkish uncle. He tells Gevar exactly what he has done wrong, and it is a typical moment of a father berating a son. Gevar takes it all on the chin, playing within the boundaries of this Middle Eastern “respecting your elders” ritual. A further sense of community is invoked when the authorities prohibit watering the gardens due to drought. Gevar is understandably mystified as he tries to understand why and how the authorities would want to lay to waste the hard work he and his neighbors have put in. After being advised by the Turkish uncle, he also consults with a white French woman who has a garden in the complex. It is like witnessing the foundation of a union. She says that they all need to be discreet and not notify the authorities. Bahramji has found a moment where the power struggle is not between the white and immigrant French but between the farming class and the punitive measures taken by the state. It points to the possibility of solidarity, of asabiyyah, based on the labor they have put into the French soil.

Much anti-immigrant discourse revolves around how the newcomers will just not integrate. In “Gevar’s Land,” we encounter none of this negativity, as the director focuses on the bonds that the immigrant is very much capable of forging. Here the immigrants speak French, are conversant in French culture and are literally in touch with the land – a characteristic many white French people have no inclination to acquire. The film shows that as with attempts at cultural integration, oftentimes it is not the immigrants' want of trying but the obstacles the state and the society pose that delay the connection. It proves so with Gevar’s attempts at being a “productive” citizen, as he is pushed, toward the end of the film, to a “service job” that is seen more becoming of an immigrant. Even in the last moments of the film when we see how the garden has suffered because Gevar has had to take another job, there is a feeling of hope and defiance and an emphasis on the ways in which the French state shoots itself in the foot by not encouraging people who want to keep farming against all odds. As an immigrant, Gevar has tried to inject new blood into a dying art, in a period when elegies such as Houellebecq’s “Serotonine” are being written about it. His knowing smile persists, as he seems already to see the national regret these kinds of punitive farming policies will lead to.