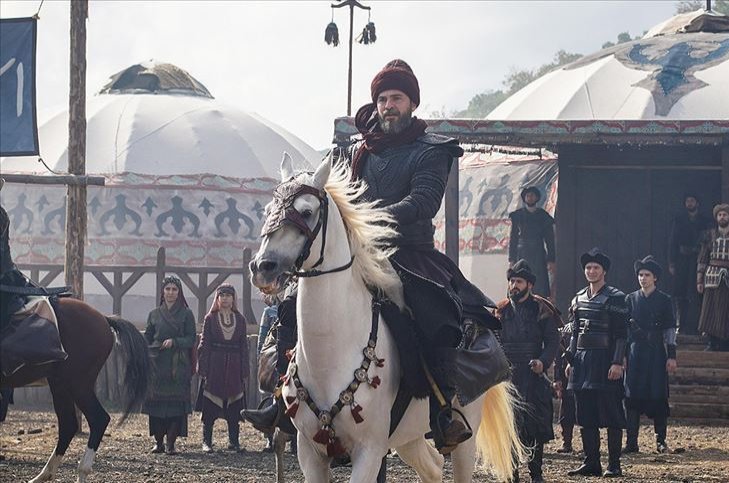 Produced by Mehmet Bozdağ, "Diriliş Ertuğrul" (Resurrection Ertuğrul), a popular series of Turkey's public broadcaster TRT, started filming in 2014 and released its final 150th episode in May 2019. Although a year has passed since the final episode, “Resurrection Ertuğrul” is still being watched with great interest on YouTube and in the countries where it has been exported to.

Turkey, which ranks second in TV series exports after the U.S., has exported the popular “Resurrection Ertuğrul” series, which sheds light on Turkish history, to 71 countries.

The international audience of “Resurrection Ertuğrul” is increasing in the digital world with every passing day.

The TV series has been translated into more than 25 languages, including English, Urdu and Arabic. According to operation data in different languages in digital media, the TV series has achieved an audience of 2.9 million subscribers and 515 million views.

The TV series has reached more than 21 million viewers in the last 90 days as the world has turned to digital platforms during the period of the fight against the coronavirus.

At the request of Pakistani Prime Minister Imran Khan, the country’s state television PTV has been broadcasting one new episode and two previous episodes dubbed every day since the start of the month of Ramadan. Moreover, the TV series has been viewed more than 101 million times, reaching over 1 million viewers and almost 11 million singular views over the first two weeks at TRT Ertugrul by PTV YouTube channel followed by a Pakistani audience.

The series addresses Kayı Boyu (Kayı Tribe) and their struggle against the Knights Templar, the Mongols, the Byzantine Empire and the Isfendiyarids.

Directed by Metin Günay, the script of the series was written by Mehmet Bodağ and Atilla Engin.