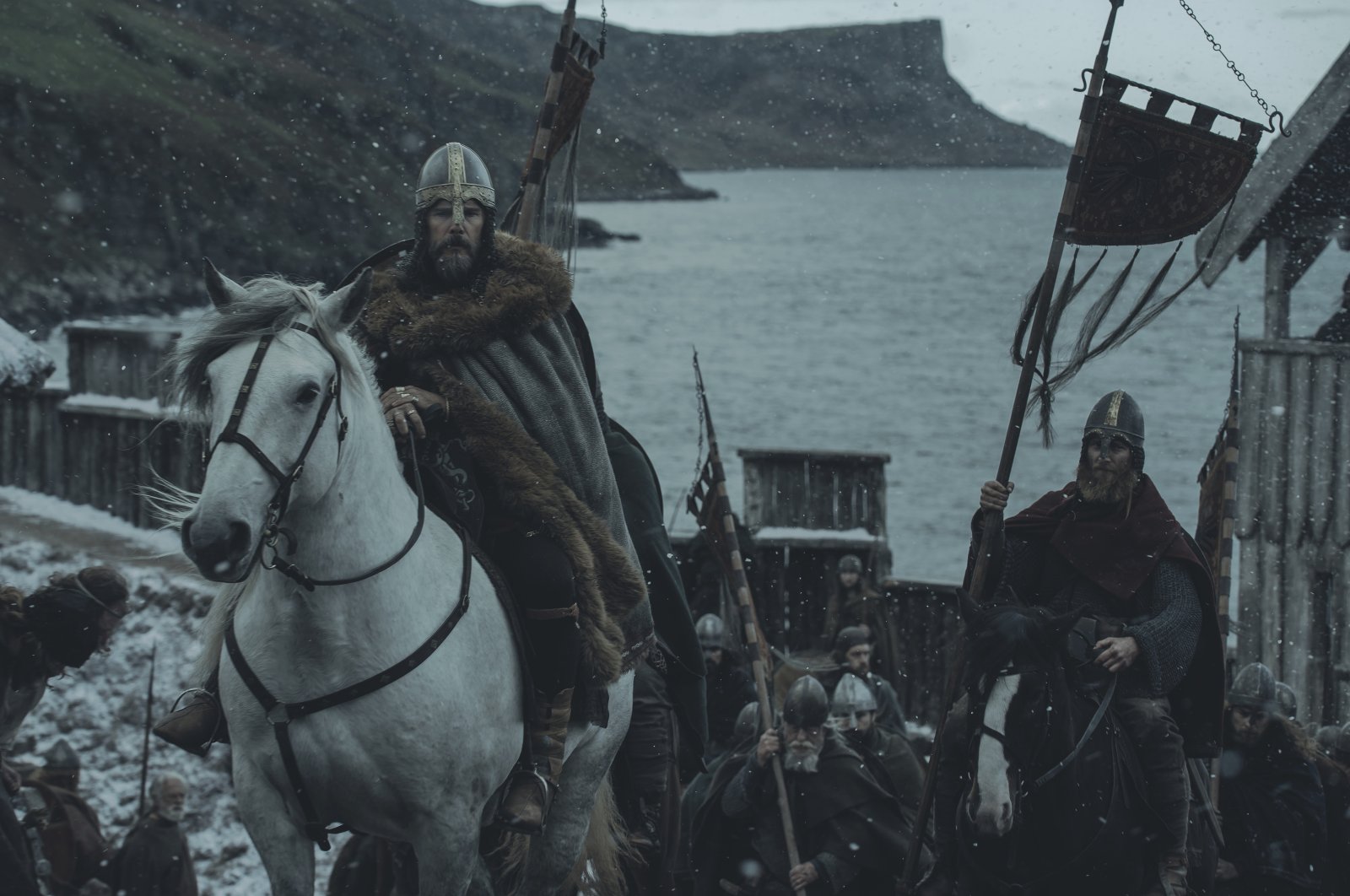 After "The Lighthouse" and "The Witch," American director Robert Eggers' revenge tale "The Northman” is a reflection of his singular cinematic voice.

The first sign that not everyone in Robert Eggers' 10th-century Viking revenge tale has their priorities entirely straight comes early in the film when the Viking king Aurvandil (Ethan Hawke) returns home to the North Atlantic kingdom of Hrafnsey after a year of fighting overseas.

After trudging up on horseback to the snowy cliffside village, Aurvandil's queen, Gudrún (Nicole Kidman), greets him warmly and, after a hug for their son, Amleth (Oscar Novak), urges him to bed with her. Aurvandil, though, says he has something more pressing to attend to. Rather than join his wife, he takes Amleth to scurry around a fiery cave on all fours, half-naked and barking, while chanting manly oaths of honor with the court fool (Willem Dafoe).

Something, you might say, is rotten in Hrafnsey – even if we have the sense that such rituals are the lifeblood of this culture.

It quickly turns for the worse. The brother of Aurvandil, Fjölnir (Claes Bang), cuts the throat of the king, assumes control, and drags Gudrun off on his shoulders to take as his wife. Young Amleth – "just a puppy,” his mom had called him – flees in a rowboat on an empty sea, vowing his revenge.

Where are we, exactly? Smack in the middle of the Scandinavian legend that inspired Shakespeare's "Hamlet." But in this Viking ur-"Hamlet" (Eggers penned the script with Icelandic poet Sjon) there's no existential hand-wringing for Amleth over duty and fate. He lives for vengeance. When we next see him, he's a ferocious and muscle-bound marauder – "a beast, cloaked in man-flesh” – who would snap most stage-bound Hamlets like a twig. Amleth (a bulked-up Alexander Skarsgard) is less likely to soliloquize with a skull than sever one from someone's body.

Once he's had his fill doing mean Viking stuff (there's a beautifully and brutally staged raid of a Slavic village), Amleth brands himself a slave and slips onto a boat headed for Iceland, where Fjölnir has moved his kingdom to a verdant grassy hillside. Among the workers, there is Anya Taylor-Joy, a veteran of "The Witch.” With justice tantalizing close, Amleth takes up arms against a sea of troubles.

There's a great method but not enough madness in "The Northman," Eggers' third and easily most ambitious film. With historical rigor and aged atmospheres, Eggers has already established himself as one of his generation's most distinctive voices. His first film, 2015's "The Witch,” was set among Puritan settlers in 1630s New England. His 2019 film "The Lighthouse" starred Dafoe and Robert Pattinson as mad lighthouse keepers off the Northeast coast in the 1890s. All three films not only take their history seriously but burrow into bygone – or maybe not so bygone – nightmares. As is incanted in the opening of "The Northman,” they "summon the shadows of ages past.”

The recent trend toward folklore in film can, in lesser movies, seem like the cinema version of a paleo diet. But Eggers' films have carried the potency of myths resurrected and reanimated, and in doing so have unearthed rich new territory. "The Northman,” with a reported budget north of $70 million, is a bigger canvas and more archetypal. With sweeping Scandinavian vistas and a finale set among rivers of burning lava atop an ash-spewing volcano, "The Northman” is forged in a powerfully primal fire.

It is, though a lean story, with not as much meat on the bone as its ambition, may call for. The mythic simplicity is part of the point of "The Northman," but the movie's single-minded protagonist and its elemental conflicts verge closer to "Conan the Barbarian” territory than perhaps is ideal. Eggers' film is only fitfully enchanting and squanders its mean momentum. Once Amleth returns home, he bides his time for the right moment, and the movie seems to be filling time with supernatural segues and comically grotesque killings. For the first time, it feels like Eggers is relying on pagan pageants more than psychology to drive the movie, and the result is a seance that doesn't quite spellbind, despite a sincere effort to.

This could be chalked up to the dictates of a bigger budget production and the need to reach a wider audience, or an instinct of the movies that seem to count on howling, barking, and shouting to grasp something primal that it can't quite summon. The scenes with Amleth's mother, with a fiery Kidman, perhaps come too late in a film that, after a long journey, begins to more dramatically tug at the masculine myth it's predicated on. Amleth's vows aren't an oath but a curse, thus proving another age-old adage: Never trust Willem Dafoe.

"The Northman,” a Focus Features release in theaters on Friday, is rated R by the Motion Picture Association of America for strong bloody violence.