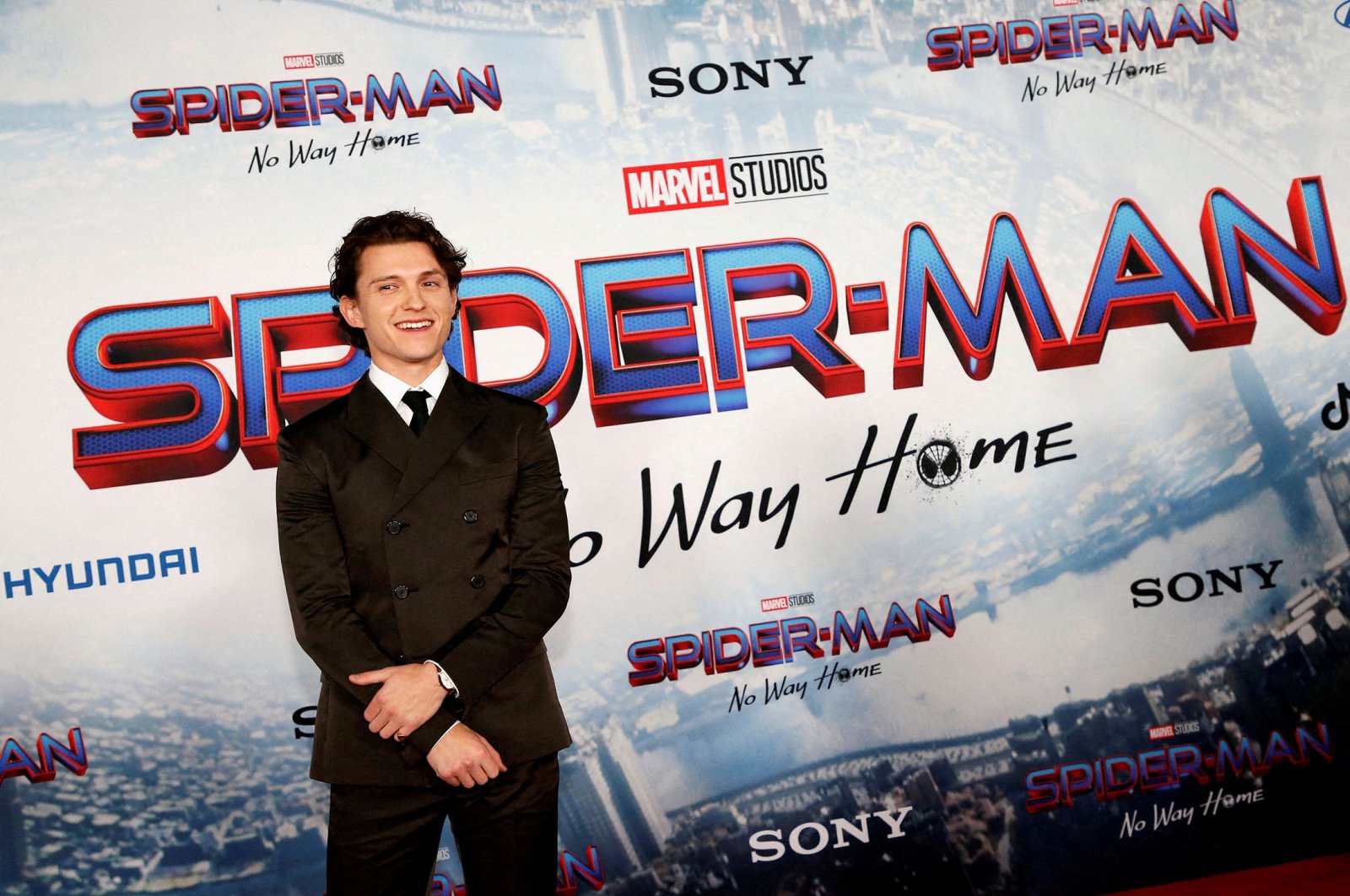 Never underestimate your friendly neighborhood Spider-Man, as despite the rising concerns over the omicron variant of COVID-19 as events from sports to theater getting canceled left and right, Marvel's "Spider-Man: No Way Home" not only shattered pandemic-era box office records but also scored the third-biggest North American opening of all time.

The Sony and Marvel blockbuster grossed a stunning $253 million in ticket sales from 4,325 North American locations, according to studio estimates on Sunday, also setting a record for December – also the third-best opening of all time behind "Avengers: Endgame" ($357.1 million) and "Avengers: Infinity War" ($257.7 million).

The web-slinger's success couldn't have come sooner for a movie business that has had a rollercoaster in 2021 and could be headed for a difficult start to 2022 as the omicron variant of the coronavirus forces more and more event cancellations.

"This weekend's historic 'Spider-Man: No Way Home' results, from all over the world and in the face of many challenges, reaffirm the unmatched cultural impact that exclusive theatrical films can have when they are made and marketed with vision and resolve," said Tom Rothman, Sony Pictures Chairperson and CEO, in a statement.

"All of us at Sony Pictures are deeply grateful to the fabulous talent, both in front of and behind the camera, that produced such a landmark film."

In its five days playing in theaters internationally, it's amassed $334.2 million in ticket sales, bringing its global total to $587.2 million against a $200 million production budget. The film has yet to open in markets like Thailand and Japan, and there is no release date set for China.

As the third standalone Spider-Man film in the Tom Holland era, "No Way Home" was always going to be an "event film" for fans. After several delays over the year, Sony planted its launch in the pre-Christmas frame and, as of late last week, had anticipated a pandemic-best opening in the $130 to $150 million range.

However, it quickly became clear that "Spider-Man" was going to fly much higher. The film netted an incredible $121.5 million in its first day – bumping "Star Wars: The Force Awakens" out of the No. 3 position.

Directed by Jon Watts, "No Way Home" picks up with Holland's Peter Parker grappling with the world finding out about his superhero identity and features Zendaya, Marisa Tomei and Benedict Cumberbatch as Doctor Strange. The promise of spoiler reveals only added to the feverish hype that led to lines and sell-out showings across the country.

"For the target audience, this is an absolute must-see, required viewing," said Paul Dergarabedian, the senior media analyst for Comscore. "There is no way fans were going to opt out because of omicron."Many moviegoers also shelled out top dollar to see the film on the biggest screens possible. According to IMAX, an estimated $36.2 million of the global total is from their large format screens.

"'Spider-Man: No Way Home' is an exclamation point on the comeback we've seen at the box office in 2021," said Rich Gelfond, CEO of IMAX. "With these historic results, IMAX continues to see blockbuster releases generate box office at or exceeding pre-pandemic levels."

And it's not just fans who have been giving the film good marks: Reviews have been overwhelmingly positive as well. It has a 94% "fresh" rating on Rotten Tomatoes.

Holland on Instagram thanked audiences for the record numbers. "You made this possible. Your love and support means the world to me," Holland wrote on Saturday. "Thank you thank you thank you and if you haven't seen Spider-Man no way home yet ... merry Christmas and you know what to do."Before this weekend, Sony's "Venom: Let There Be Carnage" held the record for the best opening of the pandemic with $90.1 million.

But it wasn't all celebrations at the box office this weekend. In Spider-Man's wake were some high-profile casualties, including Guillermo del Toro's star-studded "Nightmare Alley," which grossed a mere $3 million from 2,145 theaters. It opened in fifth place behind "Spider-Man," "Encanto" ($6.5 million), "West Side Story" ($3.4 million) and "Ghostbusters: Afterlife" ($3.4 million).

"Nightmare Alley" had prestige and awards buzz behind it, with a cast including Bradley Cooper, Cate Blanchett and Rooney Mara, but a week after Steven Spielberg's "West Side Story" underwhelmed, it's a stark reminder of moviegoing realities during the pandemic and the power of the Marvel fanbase.In the one-movie-takes-all environment, more often than not, that one movie has been a Marvel movie.

Including "No Way Home," Marvel releases will make up five of the top six films of the year, including "Shang-Chi and the Legend of the Ten Rings," "Venom: Let There Be Carnage," "Black Widow" and "Eternals."

And lest anyone was holding onto hopes that "West Side Story" would have a profitable "The Greatest Showman" run after its lackluster start, the 20th Century Studios release fell 67% in its second weekend in theaters, bringing in only $3.4 million.

But Spider-Man could also help the industry at large as it heads into 2022. "It's almost hard to describe how important this debut is to an industry that was beset with one of the biggest challenges in its history in the pandemic," Dergarabedian said.

"To have this resounding mandate in favor of the movie theater experience as expressed in these numbers that even just a few months ago were unthinkable makes this a watershed moment for movie theaters that I think will be discussed for decades."