Stealing from the best: Denzel Washington talks about his upcoming film 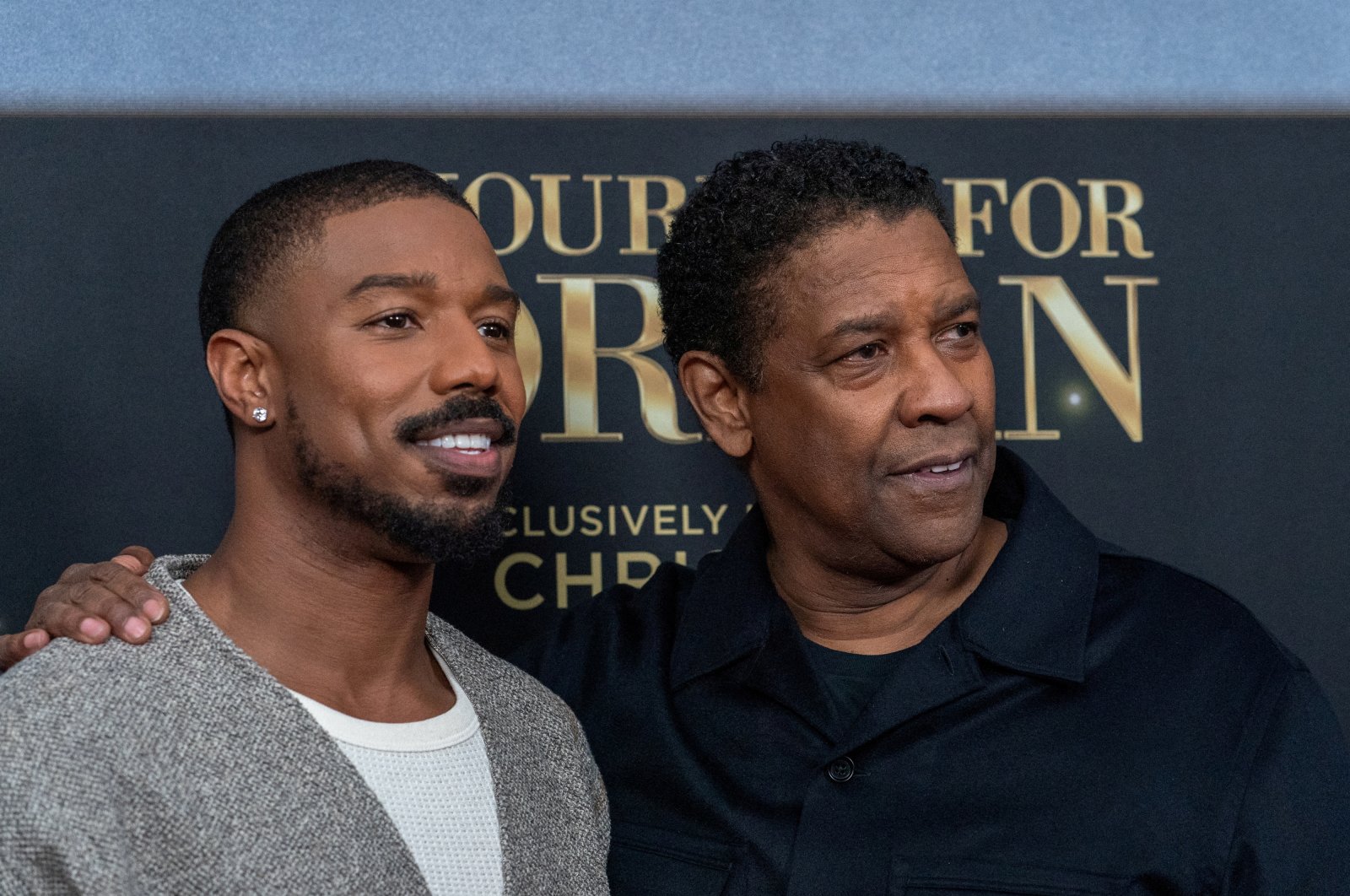 Denzel Washington has had quite an iconic career in acting, but his sporadic directorial gigs are a joy to behold as well – and a rare treat as they are so scarce. So, it is a wholesome occasion to see on the horizon Washington's fifth directorial outing, "A Journal for Jordan," a bittersweet love story opening on Christmas Day. However, the legendary actor says the process was quite an experience for him.

Washington says he took a "master class." That master class consisted of starring in a movie directed by Joel Coen, "The Tragedy of Macbeth," which opens the same day. "I steal from the best," Washington says with a smile.

Denzel Washington as an actor has some 60 films under his belt, plus two Oscars, and at 66 is universally regarded as one of the all-time greats. Denzel Washington the director has just completed his fourth feature. "I don’t call myself a director," he said matter-of-factly in an interview last week. "I’m still learning."

Before "A Journal for Jordan," based on the book by former New York Times editor Dana Canedy about her fiance, who fought and died in Iraq, and the journal of life lessons he left their baby son, Washington’s most recent directorial effort was "Fences." The 2016 film version of the August Wilson play starred Washington himself and Viola Davis, who won an Oscar.

Washington directed himself in his other two feature outings as well – "The Great Debaters" in 2007 and "Antwone Fisher" in 2002. But he says he'd rather stay offscreen when he's at the helm.

"I prefer not being in the films," he said. "Early on, it had to do with me being able to raise the money to get the films made. Then 'Fences,' obviously we had great success onstage, so that translated to film. But I enjoy being a more behind-the-scenes kind of guy."

Aside from his recent collaboration with Coen, whom he calls "one of the greatest directors," Washington says he sought insight from some other directors he admires.

Michael B. Jordan says he, too, is interested in learning from the best – which is why it was so impactful for him to be directed by Washington. The actor gives a charismatic performance as Canedy’s fiance, 1st Sergeant Charles Monroe King, who was killed in Iraq in 2006 at the age of 48. Canedy is portrayed by Chante Adams.

"To be able to work so closely with him was really important," Jordan said in an interview. "It was a master class, honestly."

"As an actor, you know, growing up, watching all his movies, watching his performances and being curious about his process – like, 'Man, I wonder how the greatest of all time rehearses' or how he breaks down his character,'" Jordan mused. "His perspective of character is so layered. You really realize, 'Oh, THIS is why you’re Denzel, got it! I’ve been doing great, but then this is the next level.'"

And Jordan said working with Washington was especially important given that he’s about to embark on his own directorial debut, directing – and starring in – the upcoming "Creed III."

"Knowing that I was directing 'Creed III' next, he made it a point to take me to the side a lot, you know I was always kind of in his back pocket, watching and asking questions and (him) giving me little gems," Jordan said.

The actor told the story of how Washington asked him one day whether he had a storyboard artist lined up – he hadn’t, and wasn’t planning to for several months – and within moments, Washington was making introductions.

"He was like, 'No, no, get one now,'" Jordan said. "He picked up his phone and he called this guy, Warren Drummond. And he was like, 'Warren, it’s D. I got Mike B. here, and he’s getting ready to direct 'Creed III.'" Washington put Jordan on the phone, and soon a deal was made.

"So it’s from something as generous as that to, he was always giving me advice for what to look for because there’s another layer to it – there’s not a lot of people who have directed themselves," Jordan said. "And that's what's really challenging for me on this one."

Washington, Jordan says, told him that he needed to "identify the few opinions that you’re really going to anchor your choices on, because you’re not going to have time to run back to the monitors every take and see what you got."

Washington said the original plan was not for him to direct; he became involved with the project through longtime producing partner Todd Black 12 years ago, shortly after Canedy wrote her story. It took eight years to develop a script. When Washington saw the screenplay, penned by Virgil Williams, he said "Shoot, I'd direct this!" He says he was drawn by the beauty of the love story – sad, but uplifting.

Jordan, who also was attached to the project for several years before the movie got made, says he found a lot to identify within a father journaling for his infant son.

But another key reason he stuck with the film, as it developed and his own dance card filled up rapidly in Hollywood, was Washington. "Denzel directing was a dream come true," he says.

Washington says mentorship was important to him as well – beginning with an English and theater teacher at Fordham University, Robinson Stone, "one of my first mentors who could see the potential I had."

"And just over the years, I’ve been blessed to work with some of the greatest filmmakers ever, so I steal from the best," he said. "Trying to learn from the best, from Spike (Lee) to Tony Scott, Ridley Scott, Norman Jewison, Richard Attenborough, Jonathan Demme. I take a little from all of them, and try to apply it to what I’m learning how to do."