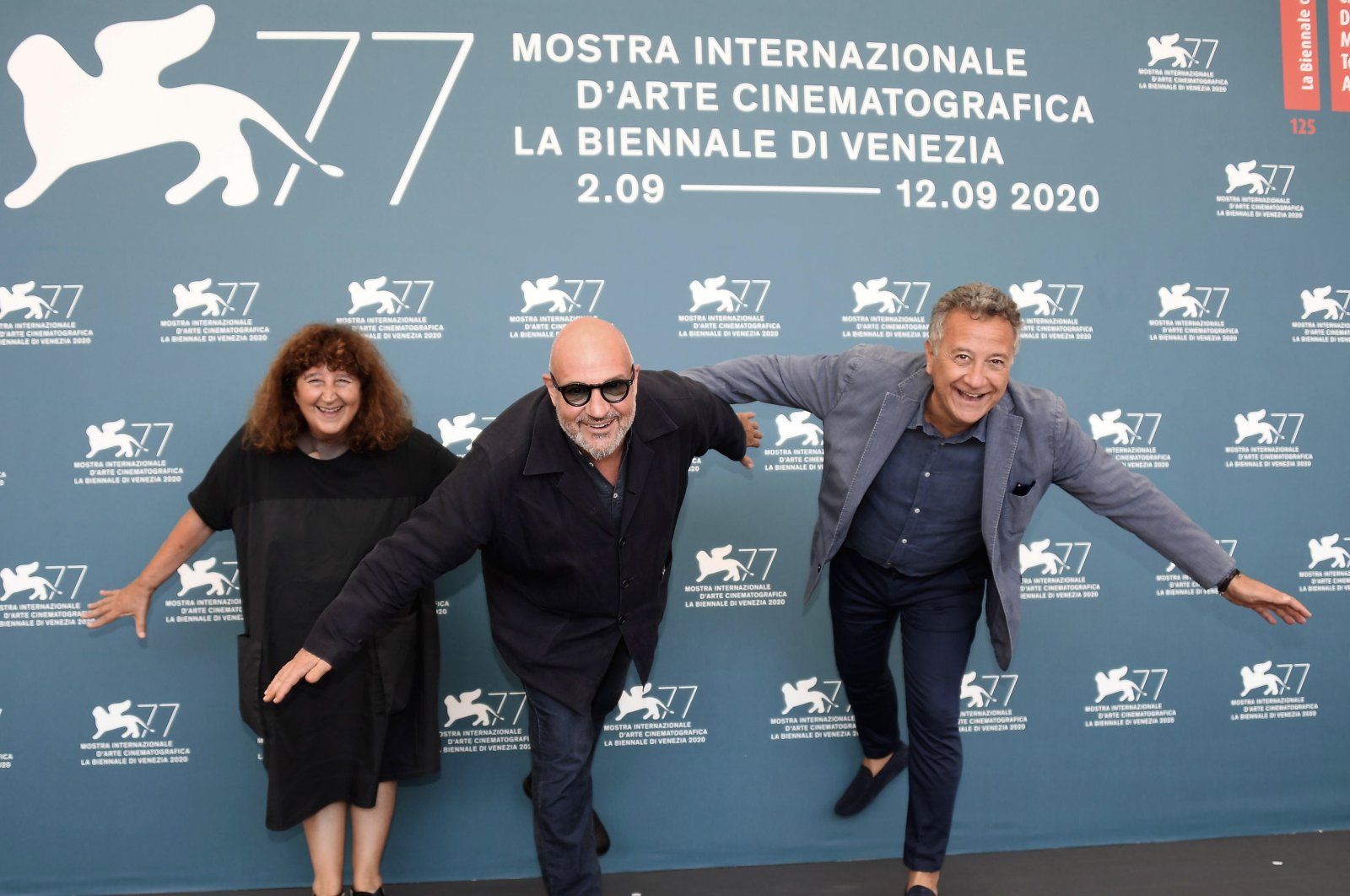 Waves of soldiers marching in double time open the new documentary by Gianfranco Rosi at the Venice film festival, but the Italian filmmaker's aim is not to depict war, but those caught in the crossfire.

Whether mothers mourning sons killed in prison, children drawing in crayon the horrors they've seen, or survivors left languishing in psychiatric wards, the suffering witnesses of decades of Middle East conflict are Rosi's interest, and their silence tells more than any battle scene could possibly convey.

Rosi spent three years in the borderlands of Syria, Iraq and Lebanon, shooting 90 hours of footage that became "Notturno," a 100-minute documentary greeted by sustained applause at a press screening Tuesday.

The 56-year-old filmmaker said he was tired of the "breaking news" of war – seeing people shot, bombs exploding or buildings collapsing.

"But we never see that," said Rosi. "So I wanted to start this film where the breaking news stopped."

In 2013, Rosi's film about Rome's periphery, "Sacro GRA," won the prestigious Golden Lion, the first time the Venice competition had awarded a documentary its top prize.

In "Notturno," a child in a classroom explains to his teacher that his colorful drawing of mountains, sun and a cluster of homes depicts the day Daesh came to "exterminate" his Yazidi village.

The stuttering child then calmly explains his classmates' drawings taped to a wall: beheadings, hangings, women chained, or being burned alive.

In another scene, a line of black-clad women enter an abandoned building, silently exploring its empty rooms. Then a wail is heard, and a woman begins caressing the concrete wall: "Son, I feel your presence. My son, this prison is for the wicked and you were good."

Despite the pervasive suffering, Rosi finds intimate, transcendent moments of humanity in the lives of the people he called "archetypes."

A duck hunter paddles through reeds in his boat at nightfall as mortars illuminate the sky. A young mother and her children wordlessly set up mattresses and blankets on the floor in preparation for a night's sleep. A Kurdish tank gunner complains of back pain, jokingly accusing his comrade of deliberately driving over potholes.

Rosi said he spent months with his subjects before beginning to shoot, observing and understanding their daily rituals, so that his camera was ignored when it was time to film. Much time was spent waiting.

"Sometimes I'd wait one month to do one shot because the light was not right," said Rosi.

His patience paid off. Weeks spent at a psychiatric hospital yielded little before Rosi discovered that a doctor was putting on a play about current history with his patients as actors.

"I don't know our destiny, my Homeland," recites one of the actors in rehearsal, uttering the question the director himself leaves unanswered.

Rosi finds a silent protagonist in "Ali," a child who never utters a word while working to support his large family with a noticeably absent father (although we don't know why) – fishing, shooting birds, or waiting for hunters before dawn to find work as a guide.

Ali and other "victims of history" are living in a world where the future is on hold, said Rosi, adding that the film's final moments lingering on Ali's solemn face should leave audiences wondering what fate has in store for him.

"Every time I put the camera in a close-up on him, it felt that moment was worth 100 interviews."