‘The Personal Life of David Copperfield’: A groundbreaking, if problematic, triumph 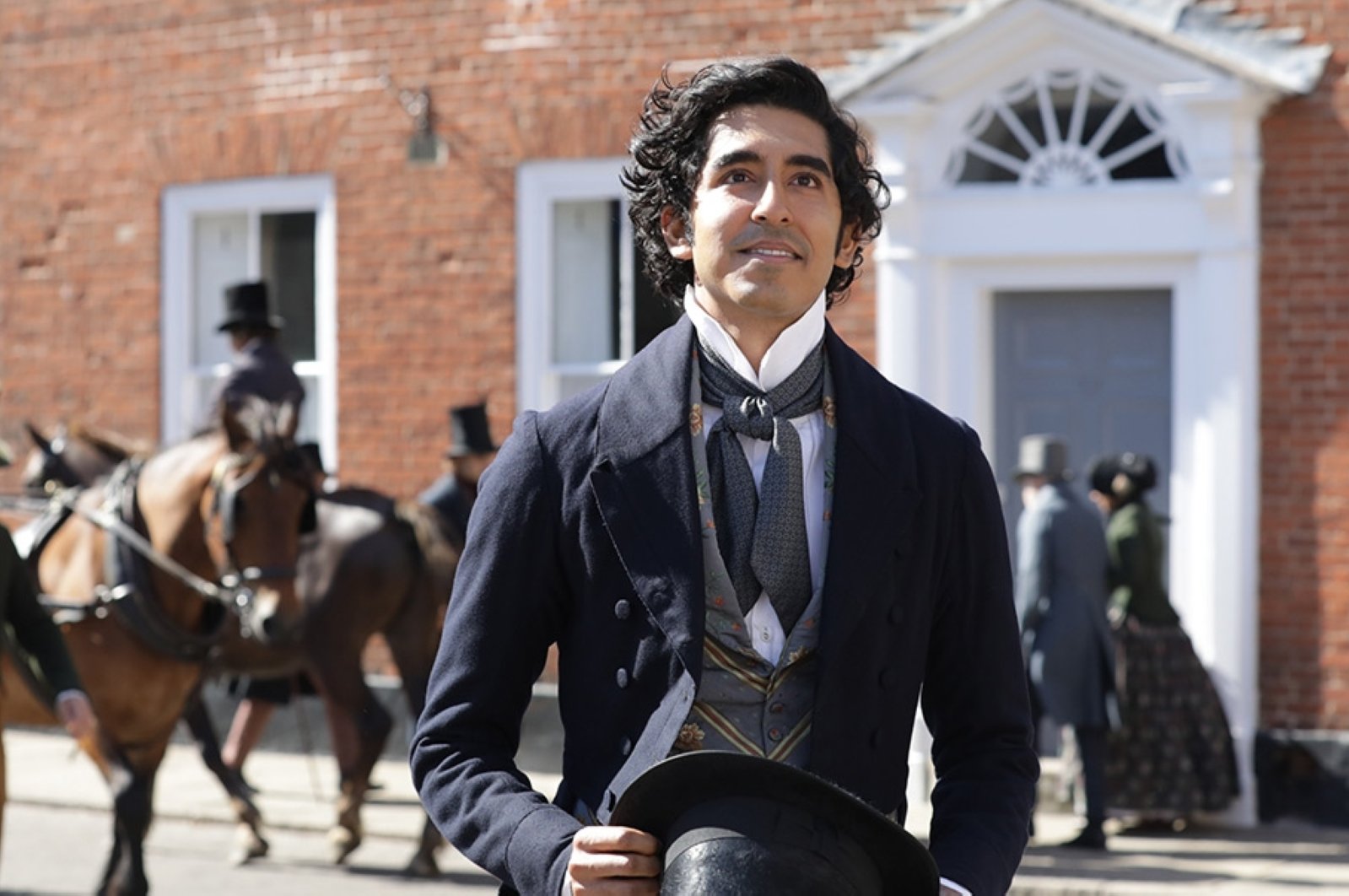 Armando Iannucci’s adaptation of the Dickens classic is as engaging, vivid and witty a portrayal as one could expect from a director so well-honed in the art of the tragicomic, but what is its ultimate message?

Armando Iannucci’s spellbinding adaption of Charles Dickens’ riches-to-rags (and-then-back-to-riches) tale, “A Personal History of David Copperfield,” is an utterly charming spectacle from start to finish – although, the wonder it inspires is only perhaps offset when one is left to ponder what we are supposed to take away from the piece.

Dickens' autobiographical work documents the life of a small boy fascinated by words and phrases, who must toe the merciless line of the Victorian class system to finally land success as a wordsmith.

The film first introduces us to a young David Copperfield (Jairaj Varsani), a wide-eyed, excitable boy enjoying a contented life with his mother, a widow of noble birth, at their cottage in the English countryside.

All of this pleasantry is cast asunder, however, when Master Copperfield is introduced to his mother’s uptight, authoritarian new husband, who sends the nipper packing off to London to work in a bottle-making factory while in the care of a certain Mr. Macawber (Peter Capaldi) – a gentleman whose levels of optimism can only compete with the magnitude of his debt.

After learning of the death of his mother in a blackly comic exchange, an outraged Copperfield (from here on in, Dev Patel) leaves to the countryside to join his aunt, who arranges for him to enter a private school of well-to-do snobs. Here, he summons his sharp skills of observation to ingratiate himself into the school's elitist clique.

Copperfield later lands himself in the employ of accountant Mr. Wickfield (Benedict Wong), whose drunken tendencies allow him to be taken advantage of by the ambitious Uriah Heep (Ben Whishaw), a low-born former underling of Copperfield, who fixes the books to put the latter and his family out of pocket and out of home.

In the meantime, Copperfield accompanies his cocky, upper-crust school friend Steerforth (Aneurin Barnard) to his childhood getaway, a poor but merry fishing village. The trip brings out the latter’s more authentic, yet debilitating melancholy.

All’s well that ends well, however, and the feature ends with Heep’s ploy being uncovered and the family regaining their wealth and status to great hoorah.

Knowing the movie was the product of the mind of director and screenwriter Iannucci (famed for his satirical sensibilities, as seen in “Veep,” “The Death of Stalin” and “Every British Sitcom I Treasured Growing Up”), I anticipated deliciously playful dialogue, expert casting choices and sharp pacing – and was not disappointed.

Visually, the film is stunning. This, of course, owes much to the journey Dickens himself takes us on – from the lush, rural English countryside to the degraded poorhouses of 19th century London, charming boathouses along the pebble-beaches of the North Sea coast and the upper-class digs of the landed gentry – but the direction cannot be understated.

An admittedly sprawling plotline nestles a number of themes, the most obvious of which is the changing nature of fortune and the benefits of wit and perseverance in the face of adversity, as summed up in the folksy wisdom of Mrs. Macawber (Bronagh Gallagher) when our underdog protagonist’s belongings are being hauled out of his home by bailiffs:

“You had nothing, so stands that you’ll have something again. Isn’t this just the attitude we suffer now?”

At the same time, it pays to merit the film’s humorous yet tender treatment of psychological disorders, highlighting the suffering of not only the aforementioned Mr. Macawber, who sat on the border between madness and eccentricity; the unabashed insanity of Mr. Dick (Hugh Laurie), who struggles to unseat the trauma experienced by the already well-decapitated King Charles I from his mind; the wine-geared inclinations of Mr. Wickfield; and the fierce weather that storms the mind of Steerforth.

Where we find admiration for Copperfield is in our hero’s capacity to assist in the needs of each of his charmed sponsors at the same time as he tries to deal with his own life struggles. With Macawber, we see one ready to immediately sacrifice their meager earnings to support their newfound family; with Dr. Dick, a charming insistence on the benefits of throwing dour thoughts (quite literally) to the wind; with Mr. Wickfield, an ever-readiness to assist without judgment; and with Steerforth, a stalwart friendship that unfortunately lacks the know-how needed to treat clinical depression.

Dev Patel is instantly likable as Copperfield, whose role demands a knack for portraying a sense of bold defiance, compassion, excitability and imposter syndrome, all in one remarkably rich package.

Laurie, meanwhile, is a perfect casting choice for the neurotic Mr. Dick. Laurie summons his penchant for playing the cliche of the highly educated, upper-class twit – a role already well-honed from his work as a befuddled World War I officer in the 1980s comedy series “Blackadder Goes Forth” (not to mention four years in Oxford).

Meanwhile, Iannucci gets it spot on in underlining the active role of women in the protagonist’s ascent, tweaking the original plot to add more depth and agency to Dickens’ “female angels” – who whilst intelligent and sharp-witted, remain house-trained and demure.

Similarly, it is not easy to ignore the racially blind casting. As much as I empathize with Laurie’s sentiment when questioned on this, that “90 seconds into the film, you are just into it,” this DC Universe marks a radical departure from typical on-screen depictions of Victorian England – and is a triumph, as such.

Despite all this, a problematic element arrives in the story's ending – which can’t be blamed on the director, who is simply dealing with the text at hand. Yet, I can’t help feeling this ultimately aligns with Iannucci’s limits as a liberal satirist, in that he loves to poke fun at a system he nonetheless adheres to.

In the first viewing, I was slightly jarred by the demise of the lowly, but ambitious antagonist Mr. Heep, who has spent years amassing the cultural capital needed to acquire a stable position at an accountancy firm. However, by the second viewing, I was about to break into “The Internationale.”

Not that Heep cuts a necessarily subversive figure, but the actions and methods he uses in reaching the top are observably not dissimilar from that of Copperfield’s: They simply involve more method and – God forbid – reading, in lieu of happenchance family connections and a dollop of the Lord’s good grace.

After all, Copperfield, like Heep, also intentionally ingratiates himself with better-to-do figures to use in his advance. What’s more, we are shown that once the former succeeds, he reinforces his position by publically demeaning Heep. That said, can we really cast scorn on Heep for using his newfound status to redress the humiliations of old?

“The Personal History of David Copperfield” is none-the-less a touching piece that is guaranteed to bring a smile to any viewer. It is a tightly cast, well-dialogued production, which also beckons huge rewards for the future of British casting and direction, and this deserves to be the main takeaway.