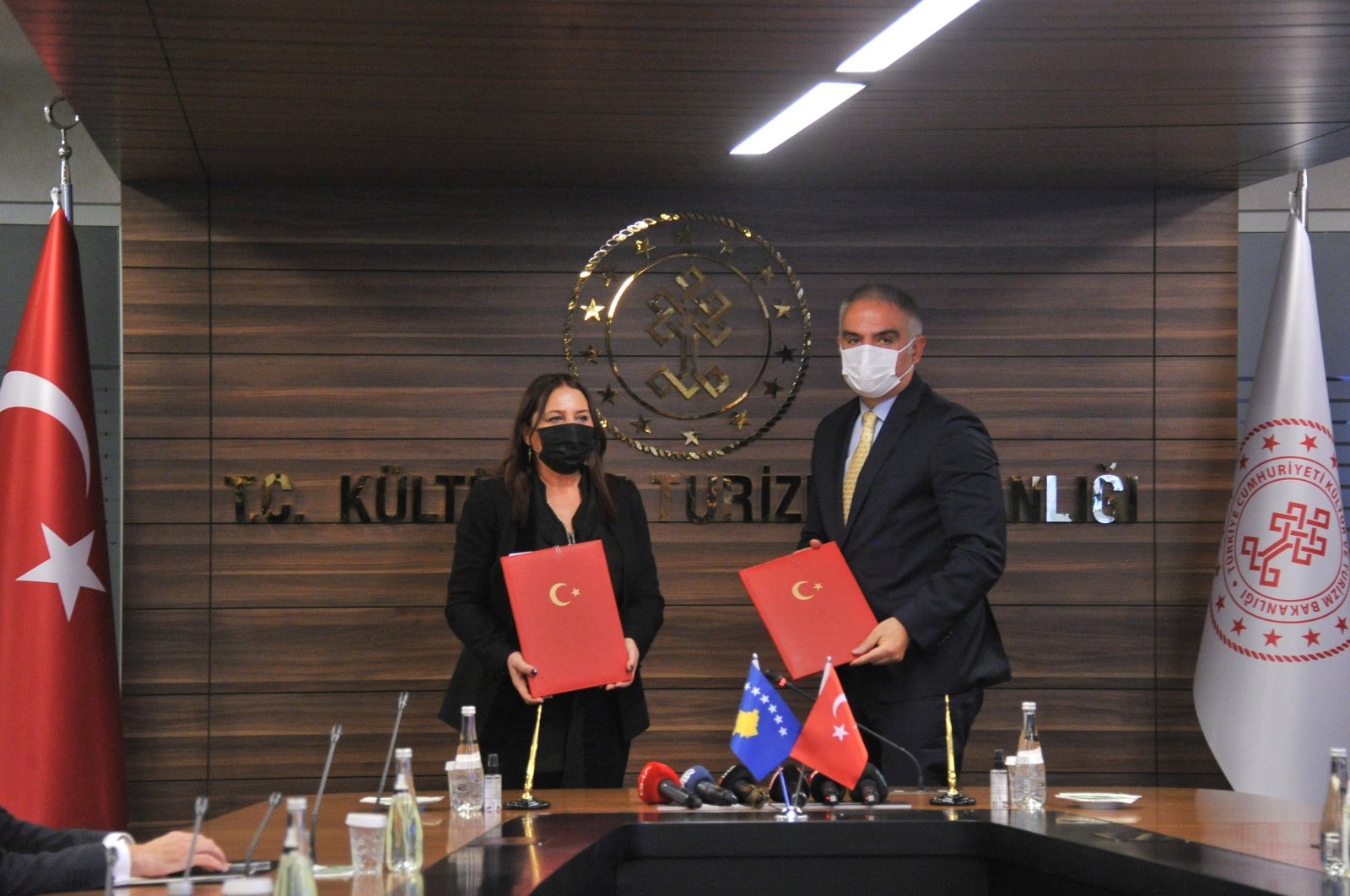 Speaking at the signing ceremony, Ersoy said with the agreement a new path has been taken in the cultural field, noting that the two countries have historical and cultural ties with deep roots in history.

"Our nations feel close to each other and see each other as brothers. Our common values, from gastronomy to many other cultural activities, have similar aspects," he said.

Ersoy highlighted that the film and television industry in Turkey is "very developed ... especially in the case of TV series. After the U.S., Turkey exports the largest number of films in the world. On this occasion, Turkey introduces to the entire world to its people, social life, culture, key points and geography."

He underlined that the Turkish Cooperation and Coordination Agency (TIKA) also supported many projects in Kosovo to strengthen relations and make their common historical past even stronger. Ersoy said 665 projects have been carried out by TIKA so far, including in the areas of cultural activities and restoration and the construction of Ottoman-era buildings – representing the common heritage between the two countries – and infrastructure projects.

Dumoshi also said the agreement is a big event between the two countries. "This agreement is not the first between the two countries. Thank you for helping us in every way in every period of Kosovo. Fortunately for us, we also have Turkish citizens. In Turkey, there are many citizens of our Balkans and Kosovo. On this occasion, this culture can never be separated," she said.

Dumoshi also hailed the role of TIKA in strengthening the relations between the two countries.