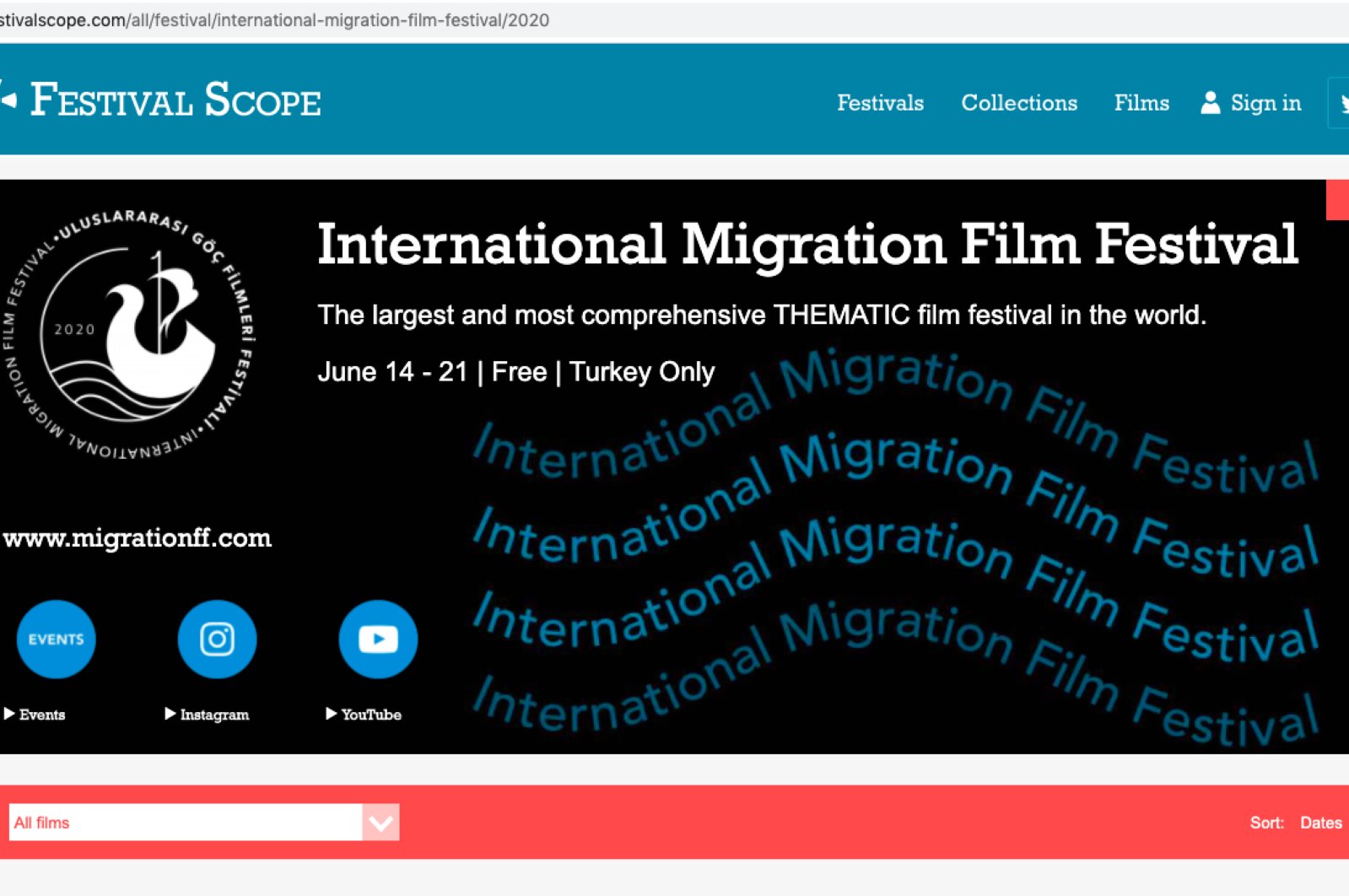 Still shot from the opening page of the festival.
by Anadolu Agency Jun 16, 2020 3:31 pm
Edited By Irem Yaşar

The International Migration Film Festival has proven to be a success with people in Turkey showing great interest in the films being screened online.

The organizers said Monday that the festival's opening ceremony was held yesterday with the participation of Interior Minister Süleyman Soylu and Culture and Tourism Minister Mehmet Nuri Ersoy.

Described by the organizers as the "largest and most comprehensive thematic film festival in the world," the event has attracted a great amount of attention.

Forty-five films from 30 countries are available for viewing online free of charge, and 40% of the films have been reserved since midnight on June 13.

The movies are available during the June 14-21 festival via www.festivalscope.com through a subscription.

Films can be booked for 24 hours, and if they are not viewed, the ticket is deleted from the booker's list and is reactivated for another festival attendee.

The festival aims to stress that "migration has been a common story experienced by all nations throughout history" and raise awareness on the issue, according to its organizers.

With Anadolu Agency as its global communications partner, the festival is supported by Turkey's Culture and Tourism Ministry and organized by the Interior Ministry under the auspices of the Turkish Presidency.