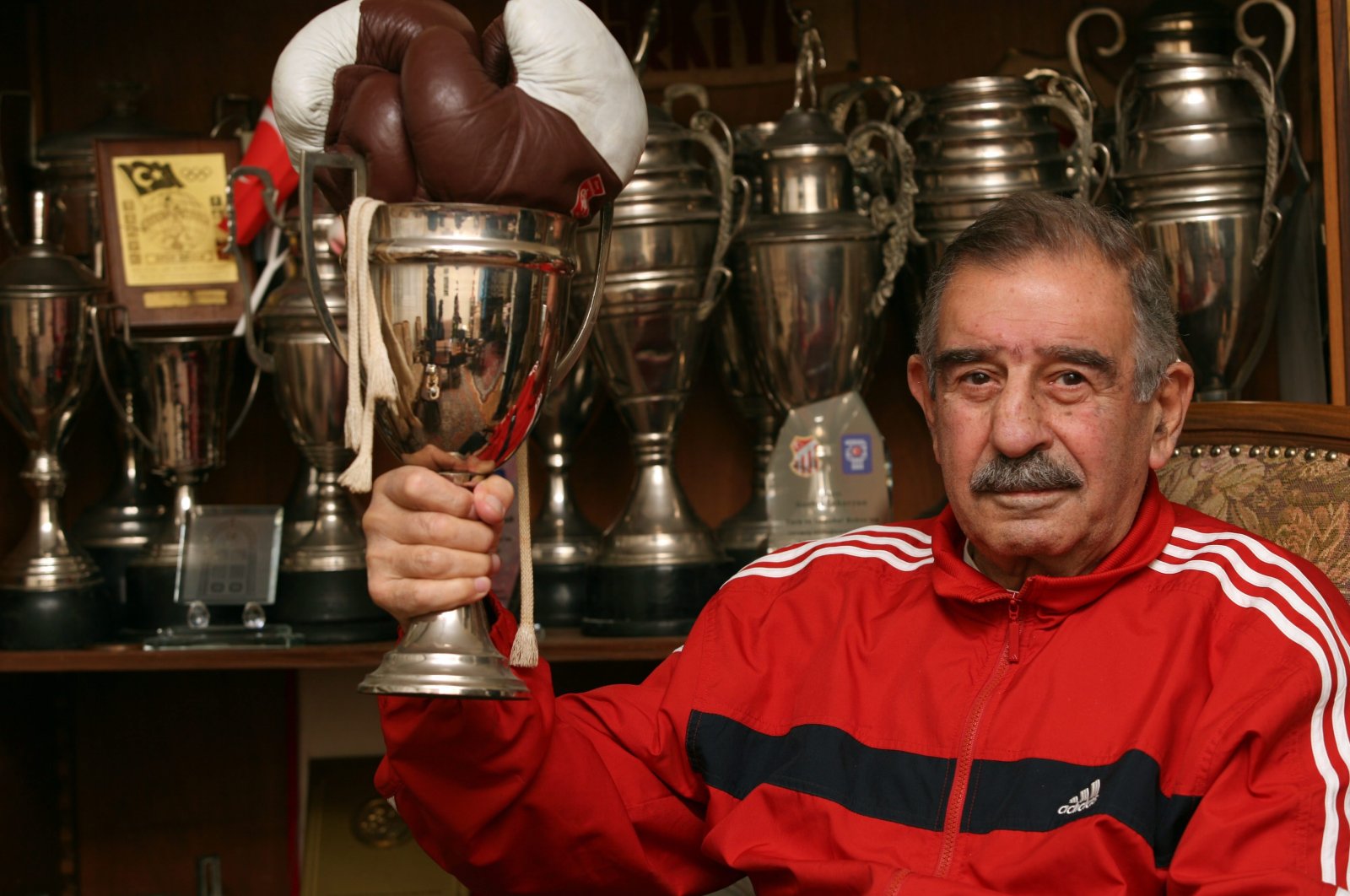 Garbis Zakaryan, Turkey's first professional and national champion, who passed away in 2020, will be the subject of a new documentary produced by Harutyun Kuran. The documentary will tell the life story of Zakaryan from his introduction to boxing during World War II to his Middle East championship. The documentary is set to be released on June 2, the birthday of the champion.

Zakaryan's extraordinary life has been the interest of Karun for nearly a decade. “This project has almost 10 years of work behind it,” Karun told Anadolu Agency (AA) and explained: “We have previously published a book about Zakaryan's life. Nearly 1 1/2 years ago we finalized a vision for this project and started on a path to make it available internationally. There have setbacks due to the pandemic. The biggest has been when we lost the legend last year. Now, we are trying to create a work that is worthy of him.”

Kuran touched upon why it was necessary for Zakaryan's story to be heard and seen by younger generations. “We believe Garbis Zakaryan is an exemplary person for the new youth and the whole world. He is a person who has suffered great difficulties and gave a serious struggle for his country and his professional career and then achieved great successes,” Kuran said.

Kuran also pointed out that Garbis Zakaryan, nicknamed “Demir Yumruk,” meaning “Iron Fist,” was a man of firsts, and that's another reason they decided to focus on him. He was the first to gain the title “professional boxer,” first national boxer, first to win the Middle East Boxing Championship, first trainer.”

Zakaryan was also was not just the “Iron Fist;” he also had a giant heart and was known as a philanthropist, according to Kuran. “(He) is called 'Garbis baba' (father) in the boxing community; he is remembered as 'father.' That is because of his truly tender and golden-hearted personality. Aram Kuran, in his book, named him 'Golden Hearted Glove.' We witnessed that as well,” Kuran stated.

Kuran said that Zakaryan was proud to wear the Turkish national shirt as an Armenian. He stressed that they all belonged to the same country. “Garbis Zakaryan and us, see through the same perspective. We are the children of this country. We work hard so that our work benefits our country, and he carried the national shirt with great pride. We have no other country but this,” Kuran said.

Kuran quoted his father to emphasize this national and cultural unison. “You know the culture mosaic, my father used to say, 'we are not a mosaic, we are marbling.' Because in mosaic the pieces are separate, but in marbling all the colors are meshed together.”

Arto Davulciyan, the director of the documentary, stated that the shooting of the project was continuing fine, and they were fortunate to have access to a substantial amount of material thanks to Zakaryan's son Gaspar. “We have started this project in a very lucky position. Particularly Gaspar supported us greatly. He opened Garbis' whole house to us and provided us with everything from his private life to his boxing career and even the smallest note he ever took,” Davulciyan said.

Davulciyan stated that theirs was one of the many recent productions detailing the lives of sports figures and that there were great stories to come out of Turkey. “God willing, we will be carrying one of the most important one of those stories to the screen,” he said. Meanwhile, assistant director Aren Arda Kaya said that they were planning a multilingual structure for the documentary to be able to promote it on international platforms.