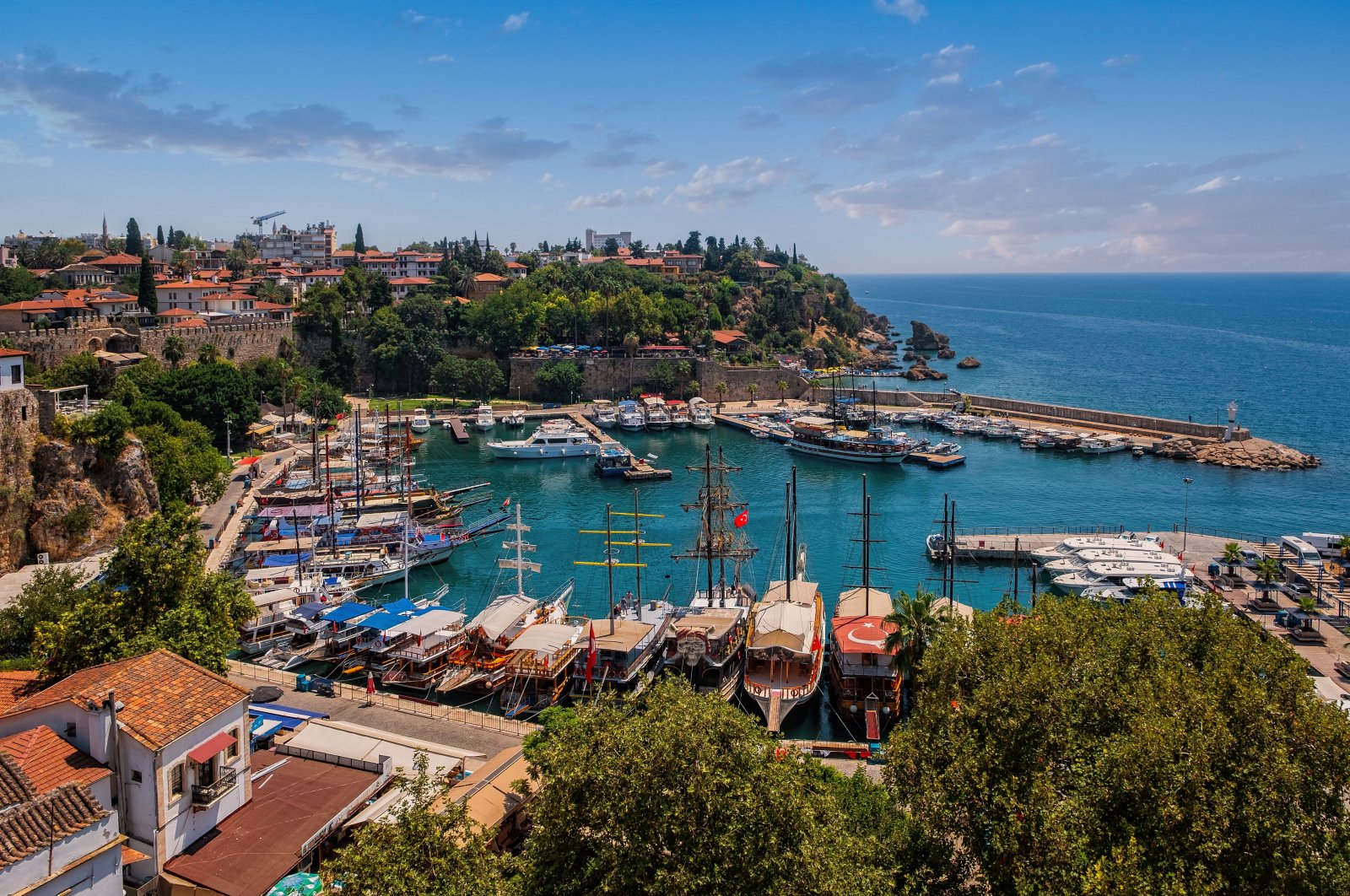 Turkey's Mediterranean beauty, Antalya province on the southern coast, is becoming a cinematic center for foreign productions with its historical and cultural wealth. While an Iranian movie production firm has chosen the tourism capital for three of its projects recently, the action movie "Five Eyes," in which successful director Guy Ritchie and famous actor Jason Statham will come together, will also be shot in the city.

The resort city attracts filmmakers with its natural beauty, as well as the precautions Turkey has taken against the coronavirus pandemic. Tehran-based movie production company Helia finished shooting one movie in 53 days in the Muratpaşa and Kepez districts in Antalya, and it also started shooting for two other projects.

Speaking to Anadolu Agency (AA), producer and director Reza Hossein Abedi said the city is a natural film set. "We wanted to raise awareness for the fight against drugs in our movie titled ‘Tears of God’ and its shooting has been completed in Antalya," Abedi said, adding that both Iranian and Turkish actors and actresses played in the movie.

Highlighting the increasing drug usage among young people around the world, Abedi said he saw that Turkish security forces were very strict on narcotics, making drugs less widespread in the country. "Most of the latest scripts in Iran are being written to be shot abroad. The closest and most suitable country for Iran is Turkey," he said, noting the increased movie production in his country.

"Turkey will always be our first choice as we're very close in terms of cinema and culture, too," he said. Abedi added that natural film sets are also very important for producers.

He said they started shooting for their next movie which will be about COVID-19, called “End of the 19th Street,” with their third project, “A Night of Loves.”

Line Producer and General Coordinator Elif Demirelli said Iranian movie-makers brought dynamism with them to Antalya in the winter months when the city does not host tourists. With all its advantages for filmmaking, Reza Tehrani, a leading actor in “Tears of God,” also said Antalya is "one of the most wonderful cities in the world."

Besides, the city will host Hollywood stars soon with the shooting of “Five Eyes.” The giant botanical park where the international horticultural exposition EXPO 2016 was held is being turned into a film set for the movie. Provincial Director of Agriculture and Forestry of Antalya Gökhan Karaca told AA that the film crew, who received permission for the filming from the Ministry of Culture and Tourism, will arrive in the city in the forthcoming days.

Emphasizing that the city will start to make a name for itself in the cinema sector like in tourism, Karaca added that the filming of “Five Eyes” will also include other spots of Antalya apart from EXPO like the historic city center Kaleiçi.