Turkish actress to compete at Spanish film festival with ‘Kovan’ 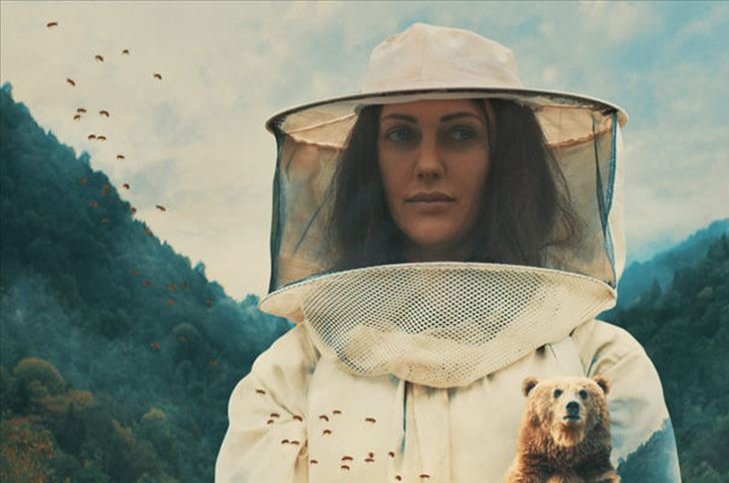 Still shot from "Kovan" showing Meryem Uzerli in her role as a beekeper woman.
by Anadolu Agency Jul 13, 2020 11:29 am
Edited By Irem Yaşar

The leading actress of the film “Kovan” ("The Hive") Meryem Uzerli will compete at Spain’s ImagineIndia International Film Festival, which aims to promote friendship and cooperation between the Indian Subcontinent, rest of Asia and Spain. The film deals with the struggle of a woman interested in beekeeping with nature.

Uzerli has been nominated for the Best Actress award of the festival for her role in the film recently. The official website of the festival stated that Uzerli was born in Germany in 1983 and mentioned the training she received in her acting career and the roles she played in Europe and Turkey. The statement said that Uzerli gained international fame for her acting in “Muhteşem Yüzyıl” ("The Magnificent Century"), pointing to the depth of the characters she played in the films “Annemin Yarası” ("My Mother’s Wound") and “Öteki Taraf” ("The Other Side").

Uzerli will take part in the main competition at the festival, which will be held in Madrid in September. The festival had previously announced in June that the film, which was scripted and directed by Eylem Kaftan, would compete for the "Best Film" Award. “Kovan” is scheduled to be released on Sept. 25.