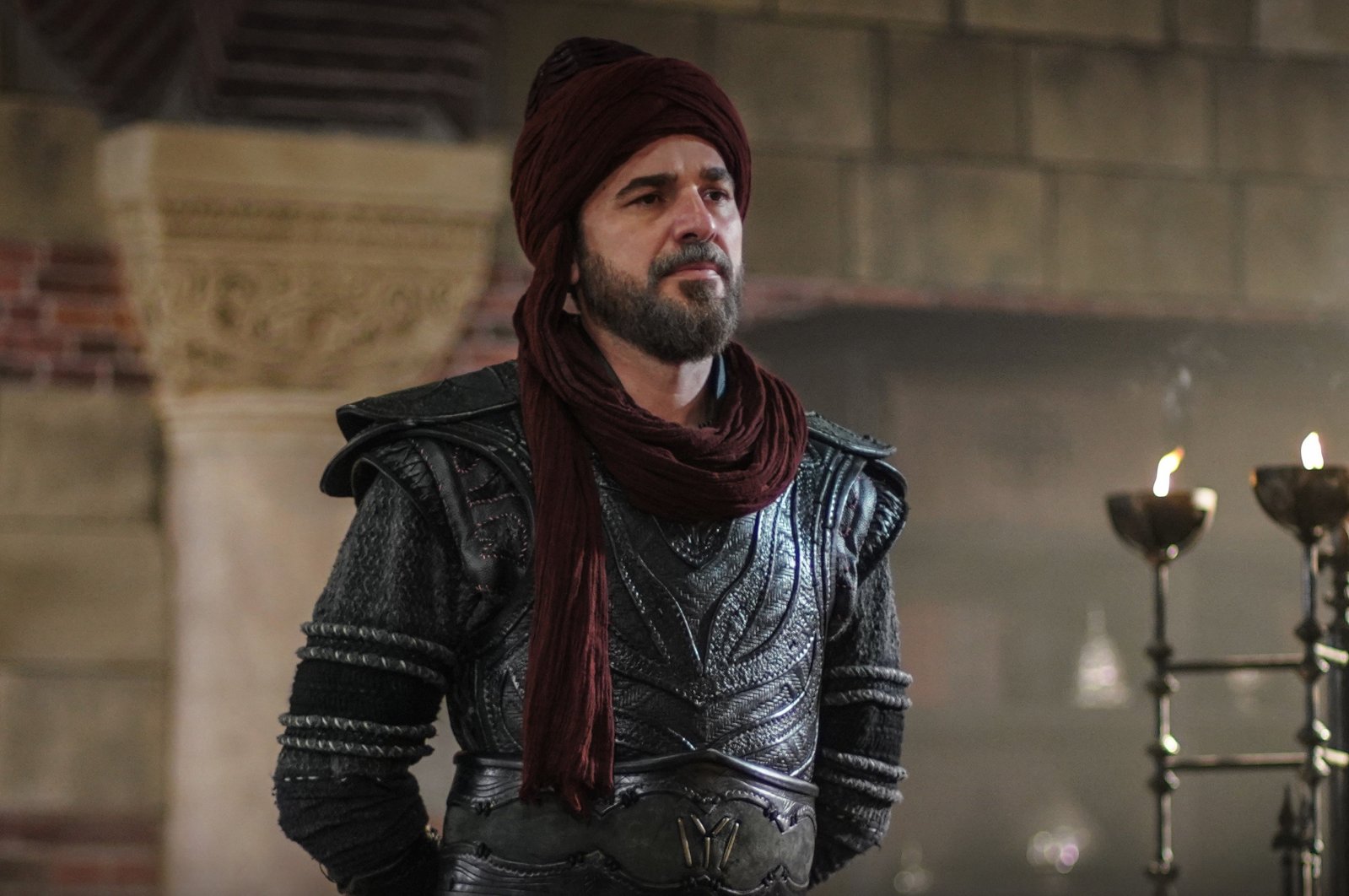 Engin Altan Düzyatan as Ertuğrul Gazi in "Diriliş Ertuğrul".
by Anadolu Agency May 10, 2020 8:56 am
RECOMMENDED

To compete with Turkish TV features, Pakistan needs to force its producers to up the quality of their programs. This is the message being sent by Faisal Javed Khan, chairman of the Standing Committee on Info Broadcasting & Heritage in Pakistan, who spoke to Anadolu Agency (AA) on the role of Turkish TV exports to Pakistan and the competition that they have given rise to in the country.

Stating that interest in Turkish productions had ignited across the country thanks to the broadcasting of hit TV series “Diriliş Ertuğrul” (Resurrection: Ertuğrul) on state channel PTV, Khan noted that Turkish TV series were important instruments in teaching Turkish history, Islamic history and Islamic culture.

Khan said “Diriliş Ertuğrul” had been broadcast dubbed into Urdu on PTV at the request of Prime Minister Imran Khan, adding: “In the metropolises of Pakistan, this TV series was already being watched with English subtitles via streaming platforms on the internet.” Since the show had been rolled out in Urdu on national TV, however, Khan stated that its popularity had caught on as an instructive piece that describes the Islamic way of life, Islamic culture and history, as well as Turkish history and culture very nicely.

Indicating that book reading had decreased as a pastime in recent years, Khan emphasized the need, especially for young people, to be given information about history, culture and Islamic values through other mediums such as TV series, films and streamed productions. “While talking about Islamic history and culture at a meeting, Khan mentioned the TV series “Yunus Emre Aşkın Yolculuğu” (Yunus Emre: The Journey of Love) broadcast on TRT, the main Turkish public broadcaster, and wanted this TV series to be aired in Pakistan as well,” Khan added.

Turkish productions ahead of Hollywood, Bollywood

Khan emphasized that a number of private channels in the country had broken their ratings by broadcasting Turkish TV series, pointing out that no Pakistani production could hold up against two Turkish TV series in the process that started when two rival channels broadcast “Muhteşem Yüzyıl” (The Magnificent Century) and “Aşk-ı Memnu” (Forbidden Love).

Khan underlined the importance of cooperation between Pakistan and Turkey in making more TV series and films, adding that producers, directors and actors from the two countries should come together after the coronavirus is eliminated.

Remarking that Islamic culture and history could be better introduced to the world through joint productions, Khan continued: “This partnership was one of the topics discussed by President Recep Tayyip Erdoğan and Prime Minister Khan. We should visit each other, and you should send your talented actors here, and we should send ours to you. I am sure that if Kıvanç Tatlıtuğ, who plays the character of Behlül in “Aşk-ı Memnu,” came here and went out on the street, people would go crazy. Engin Altan Düzyatan, who plays the role of Ertuğrul Gazi in “Diriliş Ertuğrul,” would win if he ran in an election here. We would love it if, similarly a Pakistani actor could win an election if he were to run in Turkey.”

Khan added that they would like to see more Turkish productions in Pakistan that feature Turkish history, culture, Islamic history and historical figures.