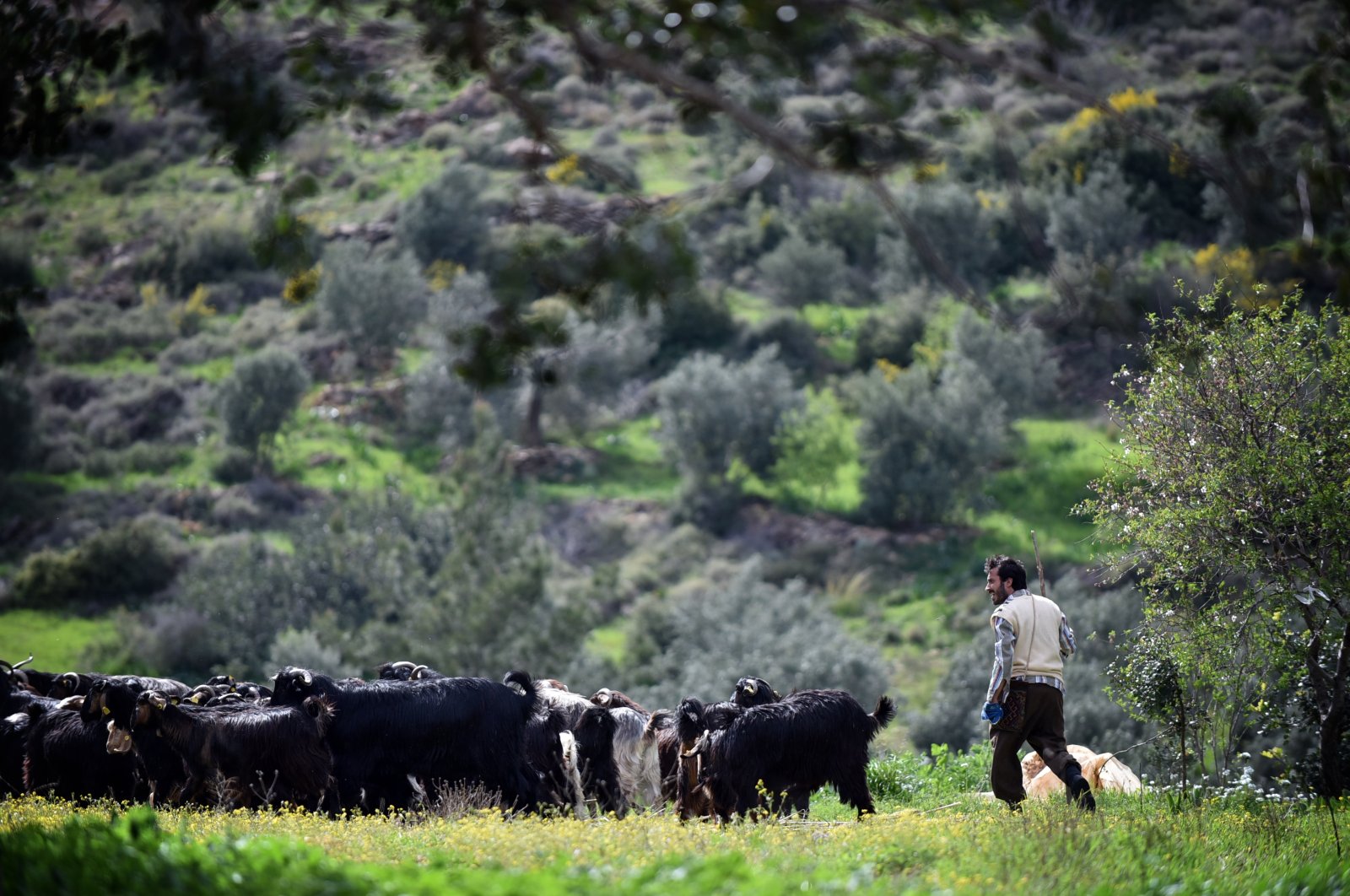 The shooting of “Turna Misali” ("Like A Pike"), which covers the lives of the Sarıkeçili Yörüks, a group that maintains the millennium-old nomadic lifestyle of Anatolia, has been suspended as part of the measures taken to prevent the spread of the coronavirus.

İffet Eren Danışman Boz, one of the film's directors and scriptwriters, told Anadolu Agency (AA) that the exterior scenes of the film, which they started recently, will be shot in the Yeşilovacık neighborhood of the Silifke district in the Mediterranean coastal province of Mersin, while the interior scenes will be filmed in a haircloth tent set up in the forestland in Silifke near the Aphrodisias settlement by Tisan Bay, which bears remnants of the Greek, Roman and Byzantine periods.

The film stars Sennur Nogaylar, Necmettin Çobanoğlu, Zeynep Elçin and Timur Ölkebaş as well as Sarıkeçili Yörüks, Boz said, adding: “We have suspended the shooting, which we started about two weeks ago with the support of the Ministry of Culture and Tourism, due to COVID-19 measures. With the end of the outbreak, we will resume filming and complete it. Surely, the most important thing right now is to stop this epidemic in our country and the world as soon as possible. We offer our good wishes to all health workers and those who have to work now. Our hearts are beating with them.”

Boz noted that they had planned to complete filming in about one week; however, the filming coincided with a bad time, adding that the 42-member film crew has returned to Istanbul in response to the nationwide call to stay home.

Eyüp Boz, the cinematographer and one of the scriptwriters of the film, said: “We have complied with stay-home calls of our managers and cinema professional associations organizations. We are taking a break from filming until the risk of an outbreak is eliminated.”

The film relays the daily lives of Sarıkeçili Yörüks in their haircloth tents, as well as the time spent with their goats – their only livelihood – the trials and tribulations they face during migration, their family ties and the love of two young people with disabilities.