Understanding Moustapha Akkad through ‘The Message’ he left 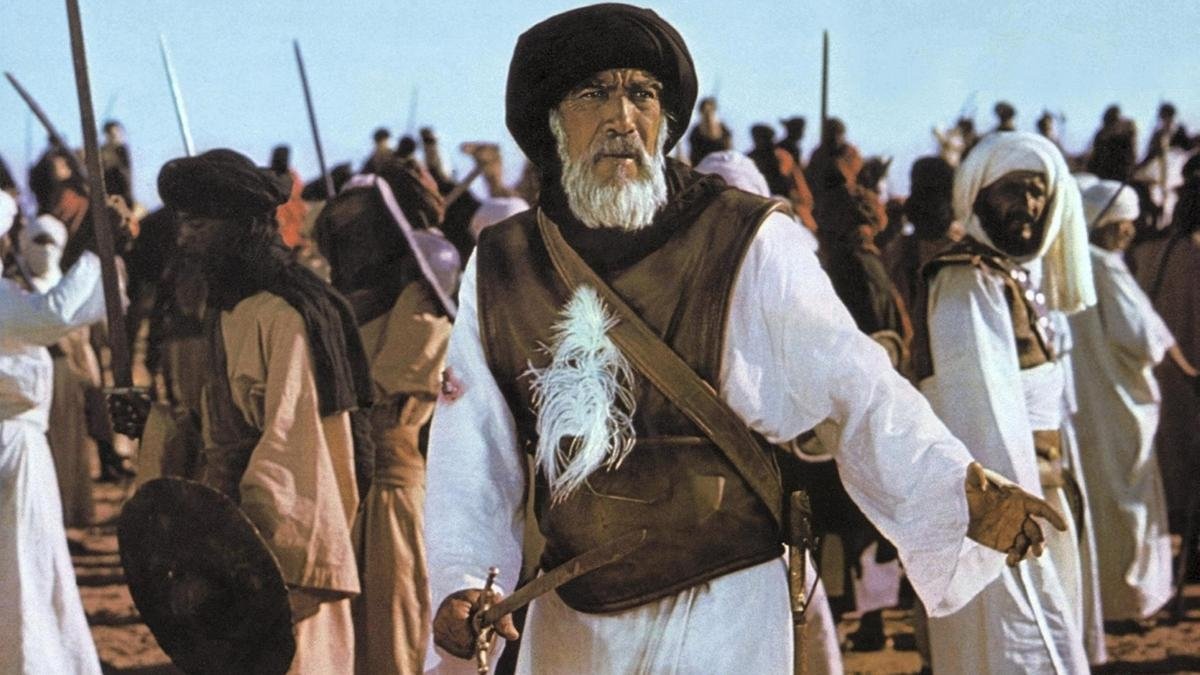 Actor Anthony Quinn as Prophet Muhammad's uncle Hamza in a scene from "The Message."
by ALİ TÜFEKÇİ Nov 25, 2020 1:48 pm

Moustapha Akkad, the director of “The Message” – a quality, landmark production describing the history of Islam – died in November 2005. He was tragically killed in an al-Qaida terror attack in Amman, Jordan. Let's reflect on the “messages” of the film of the veteran director, who passed away exactly 15 years ago.

The driving force that pushed the director to create “The Message” was a sense of loyalty to his family. Akkad was born in 1930, as the son of a customs officer from Aleppo. When Akkad turned 18, he informed his father of his dream to move to the U.S. and become a Hollywood director – a pipe dream in 1940s Aleppo. However, Akkad's father listened and allowed his son to pursue his passion. Soon, the 18-year-old was saying goodbye to his family at the Damascus airport, where his father handed him $200 he had saved and a Quran, and said: “All I can do for you is to give you these. From now on, I may or may not see you again. Never forget, my prayers are with you.”

Akkad said this was the first step in his 50-year adventure in cinema, noting: “Hadn't my father acted like this back in those days, there would have been neither ‘The Message’ nor ‘Lion of the Desert.’”

When Akkad arrived in Los Angeles with just $200 in his pocket, a pocket-size Quran and poor English, a new world order was being established following World War II. Akkad managed to study at the University of California despite the challenges he faced. Although he was poor, he was academically successful. Later, the young filmmaker would meet Sam Peckinpah, a legendary director from the same school.

They worked together for a long time on a film that would tell the story of the Algerian liberation struggle, but it was never finished due to financial problems. The experience marked Akkad's first foray as a director in the country, however.

The real adventure began in 1974. For Akkad, all the crises in the world could be linked to the failure to understand the universal messages of the Prophet Muhammad. Akkad believed that in order to understand the prophet's messages, one needed to understand his life, so Akkad rolled up his sleeves and set to work on his project, “The Message.” In an interview with the Washington Post, he said, “Being a Muslim myself who lived in the West, I felt that it was my obligation, my duty, to tell the truth about Islam.”

Success against all odds

He traveled to Saudi Arabia and on to Morocco, where he received positive feedback when pitching his project, and left with the support of the two wealthy Islamic states. He made his first deal with Mexican-American actor Anthony Quinn. Quinn's acceptance of the role of Hamza, the Prophet Muhammad's uncle, convinced many other actors who had been hesitant to take on roles. The project featured celebrities like Irene Papas, Michael Ansara, Andre Morell, Michael Forest and Johnny Sekka.

The film's director of cinematography was Jack Hildyard, the Oscar-winning director of “The Bridge on the River Kwai” and the script was written by Harry Craig under the supervision of Egyptian Islamic historian Tawfiq al-Hakim. Maurice Jarre, a veteran Oscar laureate, composed the score – becoming so focused on the project that he composed the score alone in the desert.

Akkad attempted to shoot an Arabic version of the film, titled “Al-Risalah” and put together a cast of prominent Arab actors of the time. A team of 500 people began preparations to shoot scenes for both versions of the film in the Moroccan desert when Saudi Arabia and Morocco announced the withdrawal of their support. The Moroccan government even warned Akkad to “leave the country as soon as possible.”

Akkad took Quinn and went to Libya, where he managed to arrange a meeting with Libyan leader Moammar Gadhafi. Gadhafi told him that he would solve all of his problems and that he and his team could shoot the film in Libya. Finally, the film set was put up in the capital Tripoli, with Gadhafi being so supportive of the project he even sent special air conditioners, worried that the film crew was suffering in the desert heat.

The first scene in “The Message” begins with the letters sent by the Prophet Muhammad to the rulers of Eastern Roman Empire, Persia and Egypt, calling on them to believe in one God and the freedom of faith. Following the opening scene, we see life in Mecca before Islam, with the Kaaba not in the state that Abraham had left it.

The first message given to humanity in the first revelation of Prophet Muhammad is uttered by Damien Thomas in the role of Zayd, the adopted son of the Prophet Muhammad, being "Read!” Later revelations begin to gradually affect people from all walks of life, with the big guns of Mecca making offerings to Muhammad to try and prevent the changes. This is the reason Abu Talib, the prophet's uncle, played by Morell, is sent to him, but the prophet answers, “Were they to put the sun in my right hand and the moon in my left, I would not renounce my message which is from God.”

The rejection of these offers sparks hatred and outrage. As the attacks on the prophet and his companions begin, Quinn makes an entrance in the role of Hamza. He hits Martin Benson, playing the role of Abu Jahl, who insults the prophet, and silences him. In doing so, he challenges all the other aggressors.

Although powerful figures such as Abu Bakr, Hamza and Omar converted to Islam, it was a period when the strong oppressed the weak. This is why Muslim slaves and weak families were tortured, such as in one of the most dramatic scenes of the film when Ammar ibn Yasir and his family are exposed to atrocities.

The prophet directs the persecuted to the fair Christian King al-Najashi in Abyssinia, saying “No human is wronged in his country.” The king provided the Muslim emigrants with shelter, but the dialogue between the king and prophet conveys the universal messages of Islam with impressive style.

Although the Arabic version of the film has exactly the same script and film set as its English counterpart, it had a different impact on the audience. In “The Message,” actors who literally impersonate the roles carry the audience along with the film emotionally. In “Al-Risalah,” the acting seems a little poorer, but this could be due to the exceptional performances in the English version, in comparison.

Unlike the English version, what makes the Arabic version notable is the use of Modern Standard Arabic. After all, the Quran is in Arabic and spread from Arabia. As you watch “Al-Risalah,” the literary flow of Arabic and the reading of the original verses makes the experience feel more rooted in reality.

The most striking shortcoming in the film's overall script is the character development of those who later convert to Islam, whose descriptions do not do them justice and are misrepresented as evil figures. For instance, the character of Hind, played by Papas, actually becomes Muslim after the conquest of Mecca in real life. She even influences many women in Mecca to convert to Islam. Unfinished roles like Hind lead to a bias against real historical characters.

“The Message” still remains a cult production of cinematic history, both for its script and artistic quality. Akkad challenged Mussolini's dictatorship in Italy with another masterpiece, “Lion of the Desert.” The veteran director had two other film projects he had planned to realize about Islamic history. The first, about the conquest of Istanbul and Ottoman Sultan Mehmed II, also known as Mehmed the Conqueror, and the other about Saladin, the Muslim conqueror of Jerusalem. He started working on the film “Saladin” and even made a deal with Scottish actor Sean Connery to play the lead role, but terrorism did not allow it.