US movie, TV workers set for strike that could cripple Hollywood 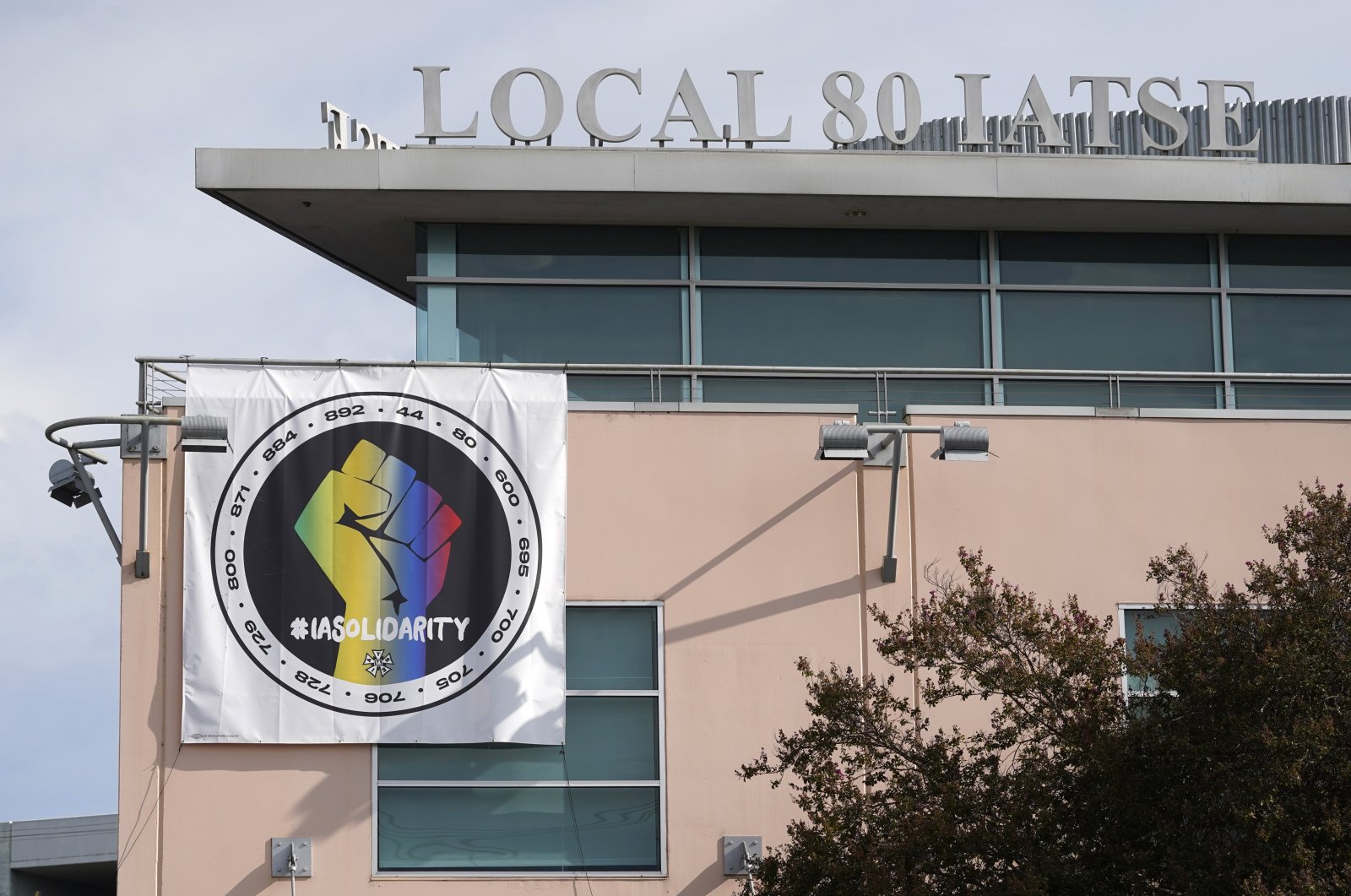 Lagging negotiations between American film and television crews and producers for fair and safe working conditions reached a tipping point as a major union representing 60,000 members says a nationwide strike, which would be the biggest since the 1940s and cripple the pandemic-hit industry, is set for next week.

A strike would bring a halt to filming on a broad swath of film and television productions and extend well beyond Hollywood, affecting productions in Georgia, New Mexico and other North American shoots.

International Alliance of Theatrical Stage Employees (IATSE) International President Matthew Loeb said Wednesday that the strike would begin at 12:01 a.m. Monday, Oct. 18 unless an agreement is reached on rest and meal periods and pay for its lowest-paid workers.

Loeb cited a lack of urgency in the pace of negotiations for setting a strike date."Without an end date, we could keep talking forever,” Loeb said in a statement. "Our members deserve to have their basic needs addressed now.”

A strike would be a serious setback for an industry that had recently returned to work after long pandemic shutdowns and recurring aftershocks amid new outbreaks.

Last week, 90% of IATSE members cast ballots and more than 98% of the votes returned were in favor of authorizing a strike. The union wants to reduce working hours that can stretch to about 14 hours a day as the demand for TV shows and films has increased, particularly for streaming platforms such as Netflix, Disney+, Apple TV+ and Amazon Video.

"There are five whole days left to reach a deal," said Jarryd Gonzales, a publicist for the group representing the studios. "Studios will continue to negotiate in good faith in an effort to reach an agreement for a new contract that will keep the industry working.”

As in other industries, many behind-the-scenes people started reevaluating their lives and the demands of their professions during the pandemic. And now that production is ramping up again, union leaders say the "catch-up” is resulting in worse working conditions.

"Folks have reported working conditions deteriorating and being aggravated,” Jonas Loeb, IATSE’s director of communication told The Associated Press last week. "And these 60,000 behind the scenes workers that are under these contracts are really at a breaking point.”

It would be the first nationwide strike in the 128-year history of the IATSE, whose members include cinematographers, camera operators, set designers, carpenters, hair and makeup artists, animators and many others.

Union members say they are forced to work excessive hours and are not given reasonable rest via meal breaks and sufficient time off between shifts. Leaders say the lowest-paid crafts get unlivable wages. And online streamers are allowed to pay even less under previous agreements that allowed them more flexibility when they were up-and-comers.

"We’ve continued to try and impress upon the employers the importance of our priorities, the fact that this is about human beings, and the working conditions are about dignity and health and safety at work,” said Rebecca Rhine, national executive director of the Cinematographers Guild, IATSE Local 600. "The health and safety issues, the unsafe hours, the not breaking for meals, those were the exception for many years in the industry, which is a tough industry. But what they’ve become is the norm.”

The union reported on Oct. 4 that its members had voted overwhelmingly to allow its president to authorize a strike, but negotiations, and hopes to avert a walkout, resumed after the vote.

The Alliance of Motion Picture and Television Producers (AMPTP), which represents the studios and other entertainment companies in negotiations, said its members value their crew members and were committed to avoiding a shutdown in a still-recovering industry that has provided an at-home entertainment escape for so many people working remotely during the COVID-19 pandemic.

"A strike is always difficult for everybody. Everybody suffers, it’s hard, but I believe that our members have the will and the resolve to do what’s necessary to be heard and to have their voices translated into actual change in the industry,” Rhine said. "What we learned from the pandemic is the employers can change the way they do business if it’s in their interest to do so.”

The AMPTP recently told U.S. media it has made concessions on wages, pension and health care to the IATSE.

During the most recent major strike in Hollywood – by film and television screenwriters for three months in late 2007 and early 2008 – all scripted shows were forced to shut down and television networks ran reruns of comedies and dramas.

The so-called "below-the-line" technical workers involved in the current dispute have not laid down their cameras, makeup brushes and props since 1945. That event, known as "Hollywood's Bloody Friday," saw violent clashes outside the Warner Bros studio near Los Angeles.