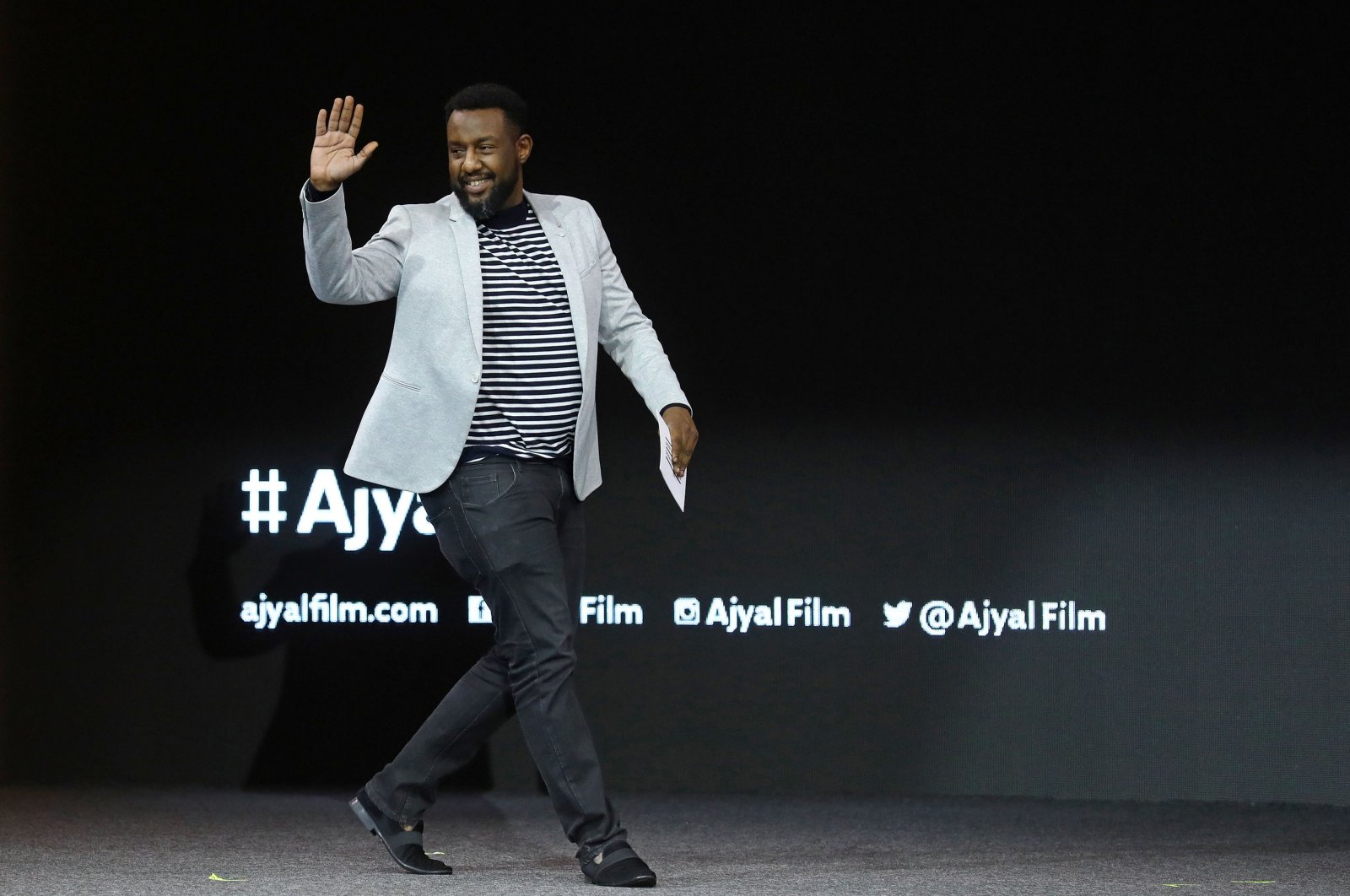 Director of 'You Will Die at Twenty' Amjad Abu Alala on stage during the Award Ceremony on the final night of the Ajyal Film Festival on November 23, 2019 in Doha, Qatar. (Getty Images)
by ASSOCIATED PRESS Dec 26, 2020 12:38 pm
RECOMMENDED

Nearly two years after the overthrow of autocrat Omar al-Bashir, Sudan is taking steps to rejoin the international community from which it was long shunned. That includes its film industry.

For the first time in its history, Sudan has a submission for the Academy Awards. Produced by a consortium of European and Egyptian companies but with a Sudanese director and cast, "You Will Die at Twenty" will compete in the Best International Feature Film category.

The story follows a young man whose death at the age of 20 is prophesied not long after his birth, casting a shadow over his formative years, and parallels the burdens placed on a generation of Sudan’s young people.

Based on a short story by Sudanese novelist Hammour Ziyada, critics say it demonstrates that the country’s cultural scene is reawakening after decades of oppression.

The film was produced amid mass demonstrations against al-Bashir, who was toppled by the military in April 2019 after ruling the country for nearly 30 years.

"It was an adventure,” filmmaker Amjad Abu Alala told The Associated Press. "There were protests in the streets that had grown to a revolution by the beginning of filming.”

Sudan’s uprising erupted in late 2018, and as the number of people in the streets swelled, many of them young, the military stepped in and toppled the president. Since then, the country has embarked on a fragile transition to democracy, ending years of theocratic rule that limited artists’ freedoms.

The film’s submission was announced in November by the country’s ministry of culture, a month before the second anniversary of the start of the uprising.

It follows a narrative written by Ziyada in the early 2000s that chronicles the life of a child in the 1960s in a remote village, located between the Blue and White Nile rivers. The inhabitants are largely guided by ancient Sufi beliefs and traditions, a mystical strain of Islam.

The film starts when a mother, Sakina, takes her newborn boy to a Sufi ceremony at a nearby shrine as a blessing. As a sheikh gives his blessing, a man in traditional clothing performs a meditative dance, suddenly stopping after 20 turns, falling to the ground – a bad omen. The frightened mother appeals to the Sheikh to give an explanation but he says, "God’s command is inevitable.” At this point, the crowd understands this is a prophecy predicting the child will die at 20.

Stunned and frustrated, the father leaves his wife and son, named Muzamil, to face their fate alone.

Muzamil grows up under the watchful eye of his overprotective mother, who wears black in anticipation of his early demise. He is haunted by the prophecy – even other children name him "the son of death.”

Despite that, Muzamil proves to be an inquisitive boy full of life. His mother allows him to go to study the Quran. He receives praise for his memorization and recitation of verses. Then comes a turning point.

A cinematographer, Suliman, returns to the village after years of working abroad. Muzamil, who is by now working as an assistant to the village shopkeeper, gets to know him through delivering him alcohol, a social taboo.

Suliman, who lives with a prostitute, opens Muzamil’s eyes to the outside world. Through their discussions, he starts to doubt the prophecy that has governed his life so far and torn his family apart.

As he turns 19, Muzamil takes it upon himself to decide what it means to be alive, even as death beckons.

The film has received positive reviews from international critics. It premiered at the 2019 Venice International Film Festival’s parallel section, Venice Days. It won the Lion of the Future for Best First Feature – the first Sudanese film to do so. Since then, it has won at least two dozen awards at film festivals worldwide.

Abu Alala says his team tackled obstacles in making the film, thrown up by the same conservative milieu that it depicts. He blames the environment created by al-Bashir, who came to power in a military coup in 1989. Under his rule, limited personal freedoms meant art was viewed with suspicion by many.

One major challenge, he said, was that local residents at the initial filming location objected to their presence. The crew was forced to move, but they persevered.

"We believed that it should be done under any circumstances,” Abu Alala said. He says that it was lucky that the film’s production period coincided with the cultural watershed moment of the uprising. The previous government wouldn't have been a proponent of his work.

The movie has also been met with commendations from inside the region.

"It is a very real and local film that makes the audience feel all of its details whenever and whoever they are," wrote Egyptian film critic Tarik el-Shenawy.

The film is only the eighth to be made inside Sudan. Abu Alala says that its selection shows Sudan has countless stories that remain untold.

"There wasn’t a film industry existing in Sudan, only individual attempts ... (Sudan’s rulers) were not interested in cinema. They just were interested in having artists on their sides,” he said.

Now, he hopes that he and other filmmakers will have the freedom to share Sudan’s stories with the world.