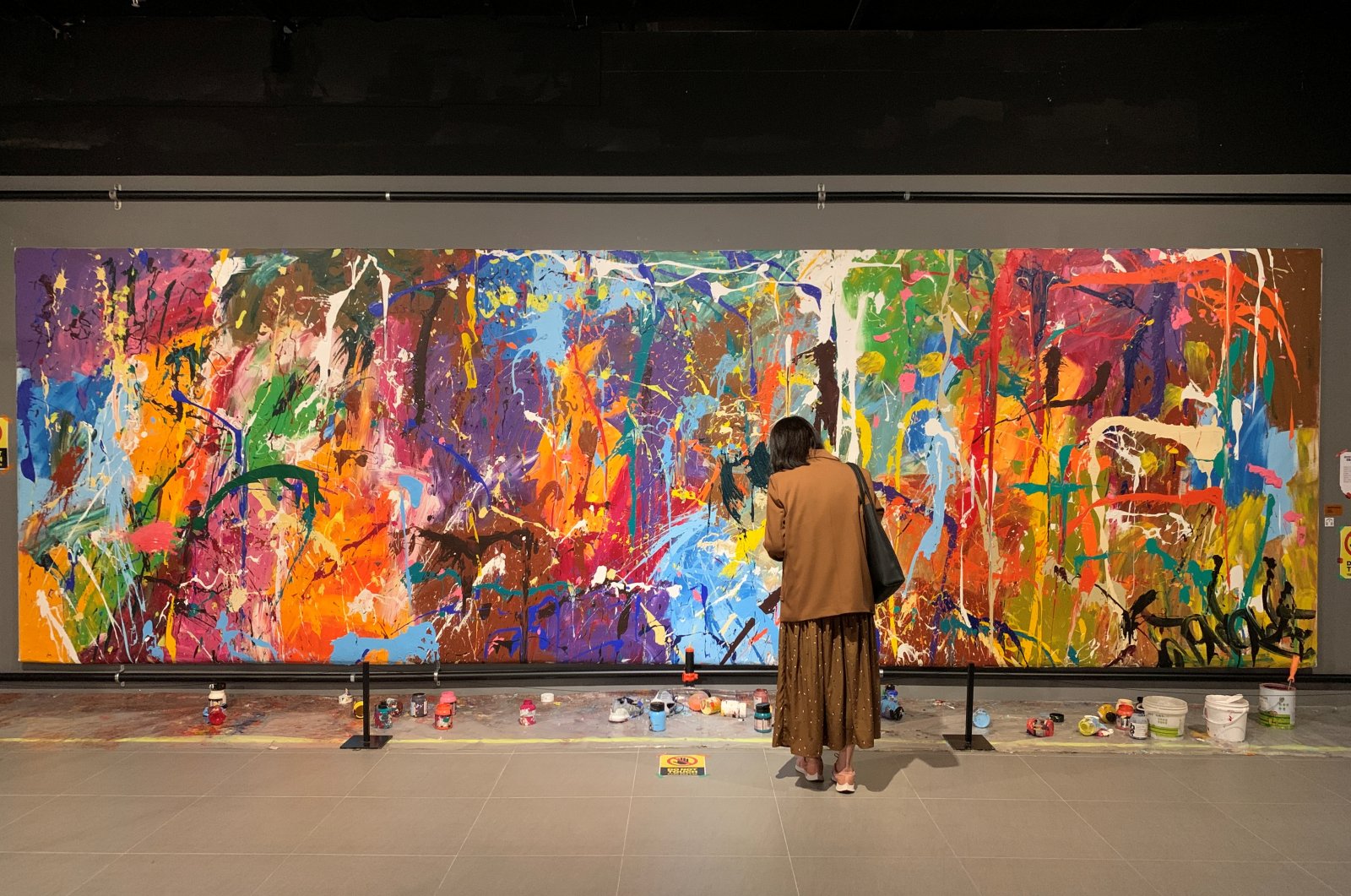 A young couple vandalized the artwork of American graffiti artist JonOne in South Korea, saying they mistakenly thought that they were allowed to paint it due to the brushes in front of the piece Friday.

Paint and brushes from the live performance have been on the ground in front of the painting ever since and considered part of the artwork.

According to the exhibition staff, CCTV cameras captured a young man and woman picking up some of the paint, splattering and rubbing it on the artwork Sunday.

Police reviewed the CCTV footage before arresting the couple at the mall. They were later released, said the head of exhibition Kang Wook, adding charges were unlikely, as it appeared to be an honest mistake.

"They thought they were allowed to do that as participatory art and made a mistake," he said. "We are currently in discussions with the artist about whether to restore it."

After the incident, the gallery put up a wire fence and additional signs saying "Do Not Touch."

Some visitors were seen taking pictures of the damaged graffiti artwork Friday, and Kang said an increased number of people had asked about the exhibition after the incident.