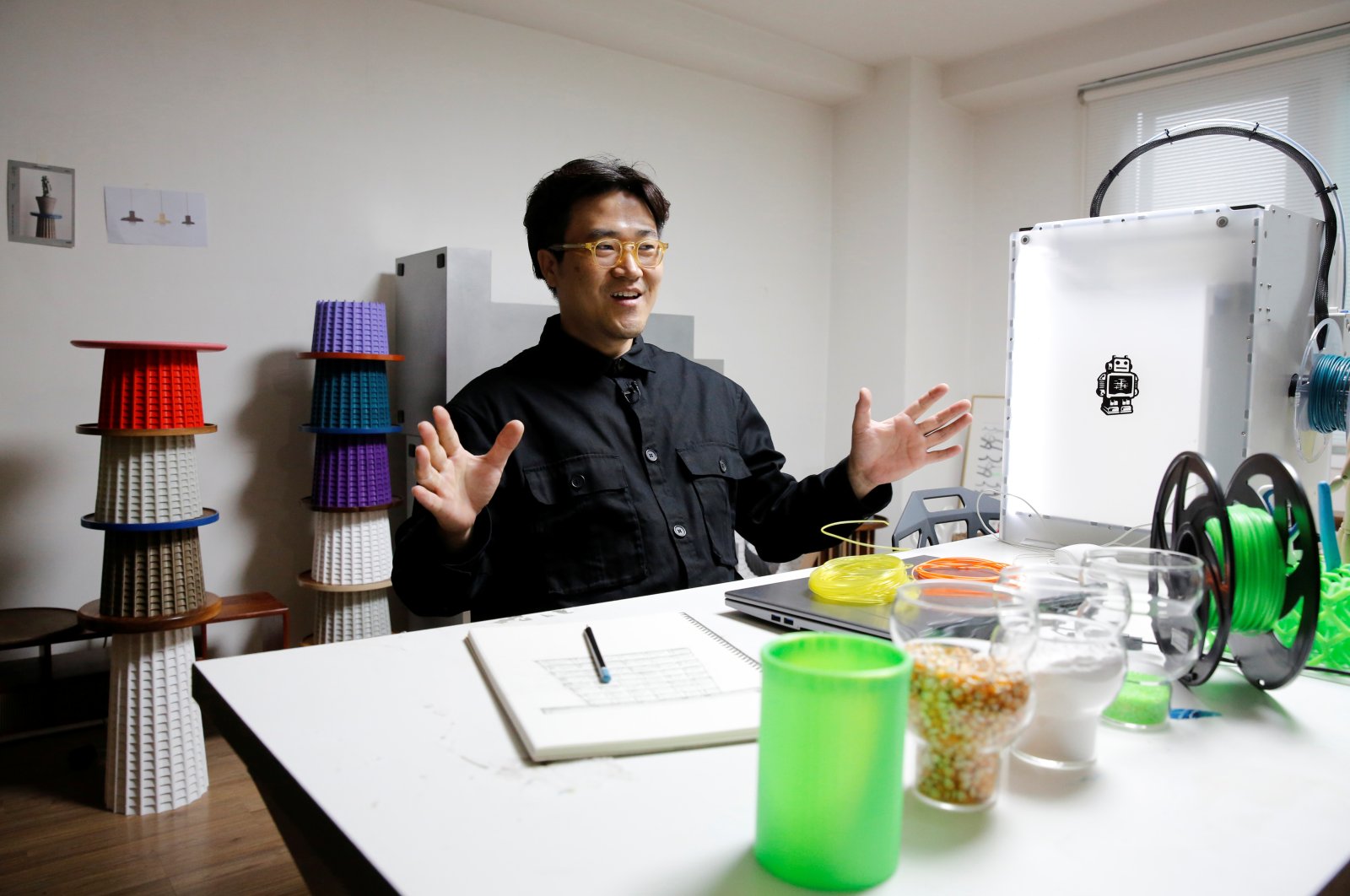 For South Korean artist Ryu Jong-dae, it's important that his works not only push the envelope of modern design but also explore environmentally friendly choices.

The 40-year-old artist is known for his wooden concept furniture pieces, but in recent years has also turned to a cornstarch-based bioplastic in a bid to reduce plastic waste in the process of making his artworks.

"The resources that we use now are finite, so I think artists should care about the way of reducing waste when they design and make products for the public," he told Reuters.

This week marked the 50th anniversary of Earth Day, a milestone in the emergence of the environmental movement, and served as a reminder of the many environmental challenges facing the world, including plastic waste.

Ryu says bioplastics may be a way to help reduce that waste.

For his project called "Digital Craft," he used Polylactic Acid (PLA), a bioplastic which is made from renewable resources, including cornstarch or sugarcane, and can degrade after a few years in particular environments.

In contrast, plastic is typically made from petrochemical products, is not biodegradable, and can take hundreds of years to decompose.

"As a designer, I wanted to present the new possibility of using eco-friendly materials to design and create artwork," Ryu said.

Several years ago, Ryu said he was stopped by customs officers at Tokyo's Narita Airport after a dog searching for illicit agricultural products sniffed out the bioplastic furniture he was carrying for an exhibition.

Ryu said he was released after explaining the furniture was made from corn.

He pairs the PLA with 3D printing technology to achieve delicate details.

"Digital crafting is meaningful because it expands the scope of work from existing crafts by using new materials, such as bioplastics," Ryu said. "It also reduces waste that comes from the creative process and uses eco-friendly materials, which helps the global environment."