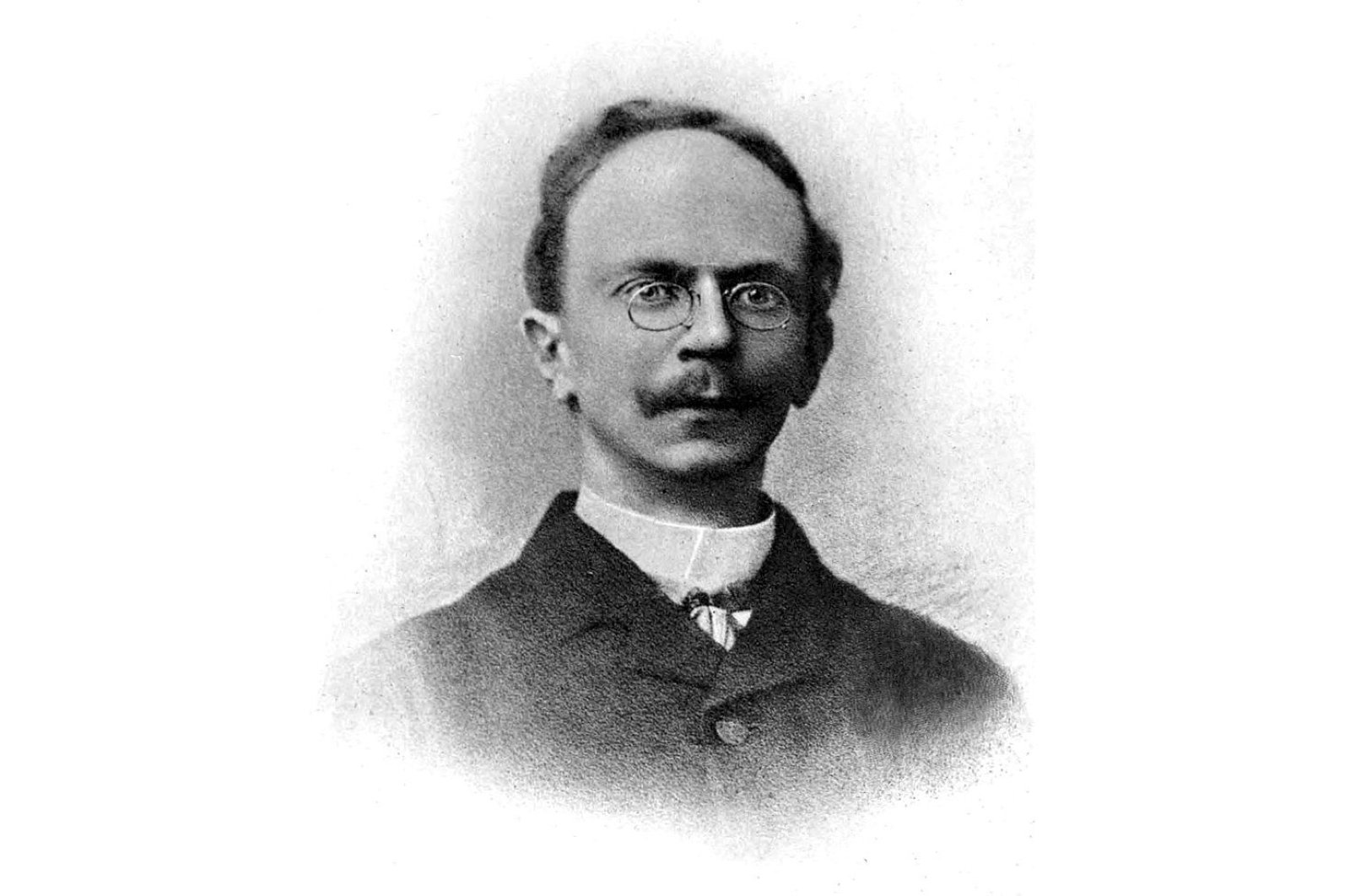 After acquiring a knowledge of the Arabic and Persian languages, Elias John Wilkinson Gibb became especially interested in the Turkish language and literature.
by ALİ TÜFEKÇİ Jan 06, 2021 1:37 pm

Although European Orientalists tended to examine the religious, cultural and social characteristics of Eastern nations through the lens of colonialism, some among them, like Scottish Elias John Wilkinson Gibb, tried to show the true face of the Orient through deeper, scholarly research

The 19th century was a period in which studies on Ottoman culture gained momentum in the West and rich Eastern literature was produced. Studies in the fields of Eastern philology, lexicography, linguistics, literature and history carried out in that century still serve as a source for us today.

The primary objective of these studies was, in fact, to understand the Eastern societies that European powers colonized and made them adopt a style of administration akin to their own structure. However, some Orientalists did not embrace these political goals but aimed only to introduce Eastern culture to Western readers and give Eastern languages and literature the prestige they deserved. Elias John Wilkinson Gibb (1857-1901), a scholar of Ottoman literature, was one of the most important among these figures.

Apart from translating many works of the Eastern world into English, Gibb was the first author to write about modern Ottoman literature in his books "A History of Ottoman Poetry" and "Ottoman Poems." His works gave a significant impetus to the research of Oriental literature in the West, especially in Britain. The books have been a source of reference not only for Western Ottoman researchers but also for Turkish ones.

Impact of 'One Thousand and One Nights'

Gibb was born in Glasgow, Scotland, in 1857 to a wealthy Protestant family. Through the impact of "One Thousand and One Nights," a collection of largely Middle Eastern and Indian stories of uncertain date and authorship which he read as a child, he started developing interest in the East, especially the Ottomans. When he was 16, he entered the University of Glasgow, where he studied mathematics, logic and Arabic. However, his main interest was in the Persian and Turkish languages, which he learned by himself. After a few years, he stopped his work at the university and devoted his time entirely to these languages.

Gibb made significant progress in a short time. For example, he translated the chapter "The Conquest of Istanbul" from the book of Hoca Sadeddin Efendi, the official Ottoman historian of the 16th century and published it under the name of "The Capture of Constantinople: From the Taj-ut-tevarikh, 'The Diadem of Histories.'" He then started publishing Ottoman Turkish poems which he translated into English for the first time. He dedicated his work, called "Ottoman Poems Translated into English Verse in the Original Forms," to the famous lexicographer James William Redhouse (1811-1892).

It was after this work he met the Orientalist Edward Granville Browne, who spent the summer of 1883 with Gibb reading Turkish and Persian poems. Thus, a productive period began in Gibb's life. Busy with translations of poetry and stories from the East, he translated many works into English.

When he suspended poetry translation, he began translating prose. One of these texts is Ottoman statesman and poet Aziz Ali Efendi's widely-read "Muhayyelat," which he published under the name, "The Story of Jewad: A Romance by 'Ali 'Aziz Efendi the Cretan,'" in 1886. He also translated an anonymous series of stories from the Eastern world, similar to "One Thousand and One Nights," under the name "The History of the Forty Vezirs." He also wrote the "Ottoman literature" sections of various encyclopedias.

Center for Turkish literature in London

Gibb married Ida Wilmot Eyre Rodriguez in 1889 and settled in London. His London home soon became a center for art lovers, interested in Turkish literature. Gibb also met intellectuals who served at the Ottoman embassy and befriended them here. One of the figures who provided him the greatest assistance was the famous Turkish poet Abdülhak Hamid Tarhan, who frequented Gibb's home in London. When Tarhan returned to Turkey, he and Gibb kept in touch through correspondence.

In 1890, Gibb entered a period of intensive work, in which he focused on Ottoman poetry. He frequently met with Turkish poets and scholars living in Britain and closely followed the developments in the Ottoman Empire through magazines, newspapers and books. He also corresponded with various literati, including Ahmet Mithat Efendi, Mehmet Emin Yurdakul, Rıza Tevfik Bölükbaşı and Samipaşazade Sezai.

During this period, Gibb established a strong network of contacts between London, Cambridge and Glasgow. In this network, famous lexicographer Redhouse and British Iranologist Edward Granville Browne (1862-1926) played a significant role. Another associate was Charles Wells, the writer of "A Practical Grammar of the Turkish Language" and "The Literature of the Turks, A Turkish Chrestomathy." They were also members of the Royal Asiatic Society, a London-based community established for the investigation of subjects related to and for the encouragement of science, literature and the arts in connection with Asia.

In 1900, Gibb published the first volume of his masterpiece work, "A History of Ottoman Poetry." However, before he could complete his masterpiece, he contracted scarlet fever on his return from Scotland and died on Dec. 5, 1901. He had a special gilded and decorated copy of this book made and sent it to Sultan Abdülhamid II. Interestingly enough, despite Gibb's interest in Turkish literature, he never visited the Ottoman lands.

Following Gibb's death, his rich collection of books was donated to the British Museum, while his printed books were donated to his friend, Browne, and the University of Cambridge. His mother, Jane Gibb, and his wife founded the Gibb Memorial Trust to perpetuate his memory to encourage and publish research on the history, literature, philosophies and religions of Turks, Iranians and Arabs. The foundation went on to make many publications until 1997.

Gibb's family decided on the completion of "A History of Ottoman Poetry" as their first job. They asked Browne to make the work available for printing. The rough copies that Gibb had written were completed in six volumes with Browne's support.

"A History of Ottoman Poetry" can be considered the first far-reaching academic work in the field of classical Turkish poetry in the West. Half a century before Gibb began his work, German historian Joseph von Hammer-Purgstall published his four-volume "Geschichte des Osmanischen Dichtkunst" ("History of Ottoman Poetry"). However, Hammer's work is more of a chronological anthology than a history of literature or poetry.

Despite the years that have passed since its publication, Gibb's work remains the most comprehensive English source on Turkish literature of the Ottoman period, with a synthesis of the historical background. The work is available free of charge in digital libraries.

The first volume, published by Gibb himself, provides a comprehensive introduction to Ottoman poetry. This is essentially a key to understanding the poems in the book. This section describes the sources, qualities and breadth of Ottoman poetry, as well as the traditions, the world of thought and the foundation of Sufism that form the basis for the meaning of the poems and provide the technical characteristics of the poems.

The book has some reproachable points as well, such as the use of archaic Ottoman words and old phrases among English ones, or the various loss of meaning in translation. This is, however, inevitable in all translation studies. When it comes to poetry, in particular, we can say that the translator actually writes a new poem inspired by a poem in another language. Moreover, it is important to note that it is quite normal for an Orientalist, who never left his country, to have misguided comments on Turks and Islam.