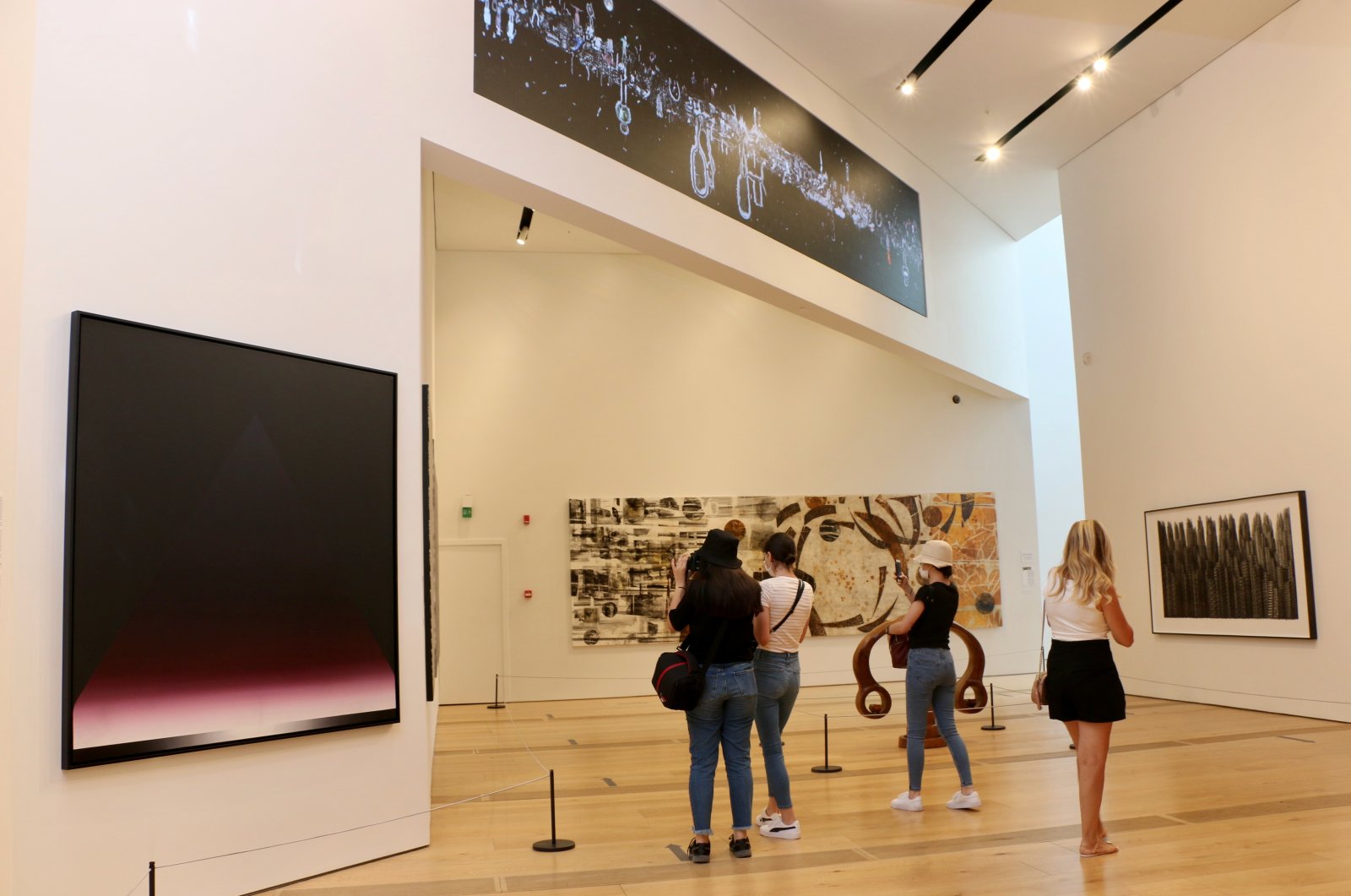 Odunpazarı Modern Museum, built among the historic houses in the Odunpazarı district of the central Turkish city of Eskişehir, has hosted 10,629 visitors since July 1, when it reopened its doors after temporarily closing due to the COVID-19 outbreak.

Founded by collector Erol Tabanca, the board chairman of Polimeks Holding, the museum has a contemporary art area of 4,500 square meters (48,437 square feet), bringing vitality to the historical Odunpazarı region with its striking wooden structure system and impressive architecture.

The museum has been awarded the 2019 Special Award by the Culture and Tourism Ministry, presented since 1979 as an expression of gratitude to those who have contributed to the cultural heritage and the art world of Turkey with their original works, applications, interpretations or scientific research.

Odunpazarı Modern Museum hosted more than 150,000 visitors from the day it came into service until March 16, when it was closed to visitors within the scope of the measures to combat the COVID-19 outbreak. Its digital contents have also proved to be interesting for art enthusiasts.

The museum, which reopened on July 1 amid the process of controlled social life, has been visited by 10,629 people so far.

Measures in place for the health of museum staff, visitors

Bengü Kırkız Ergüven, the museum's director of communications, told Anadolu Agency (AA) that they have taken precautions for the health of both museum staff and visitors because of the pandemic.

“In order to maintain social distancing, we have restricted the number of visitors to the museum by one-fourth at a time. Up to 80 visitors can be present in the museum at the same time. We make it mandatory to wear masks throughout the visit. We use 100% fresh air in our ventilation system,” Ergüven said.

Indicating that they have set a route so visitors do not meet or get close to each other, Ergüven noted: “There are disinfectants in almost every part of the museum. In the process of normalization, people have come to develop an interest in the places where they can visit safely and comfortably. We see the reflections of this in Odunpazarı Modern Museum.”

Emphasizing the importance of the 2019 Special Award given by the Ministry of Culture and Tourism, Ergüven said that they are very honored by the award.

“We are one of the five museums on the shortlist of the recently held Museum and Heritage Awards in the U.K. The results will be announced in September. We are sure we will get some good news. We received an award in logo design. We have been awarded several awards both locally and nationally,” Ergüven stated.

Pointing out that the exhibition titled "Vuslat" continues to meet art lovers at the museum, Ergüven added that they will open a new exhibition in October.

Zekine Kırmızı, one of the visitors, stated that she visited the museum with her family before, and again with her guests from Russia this time.