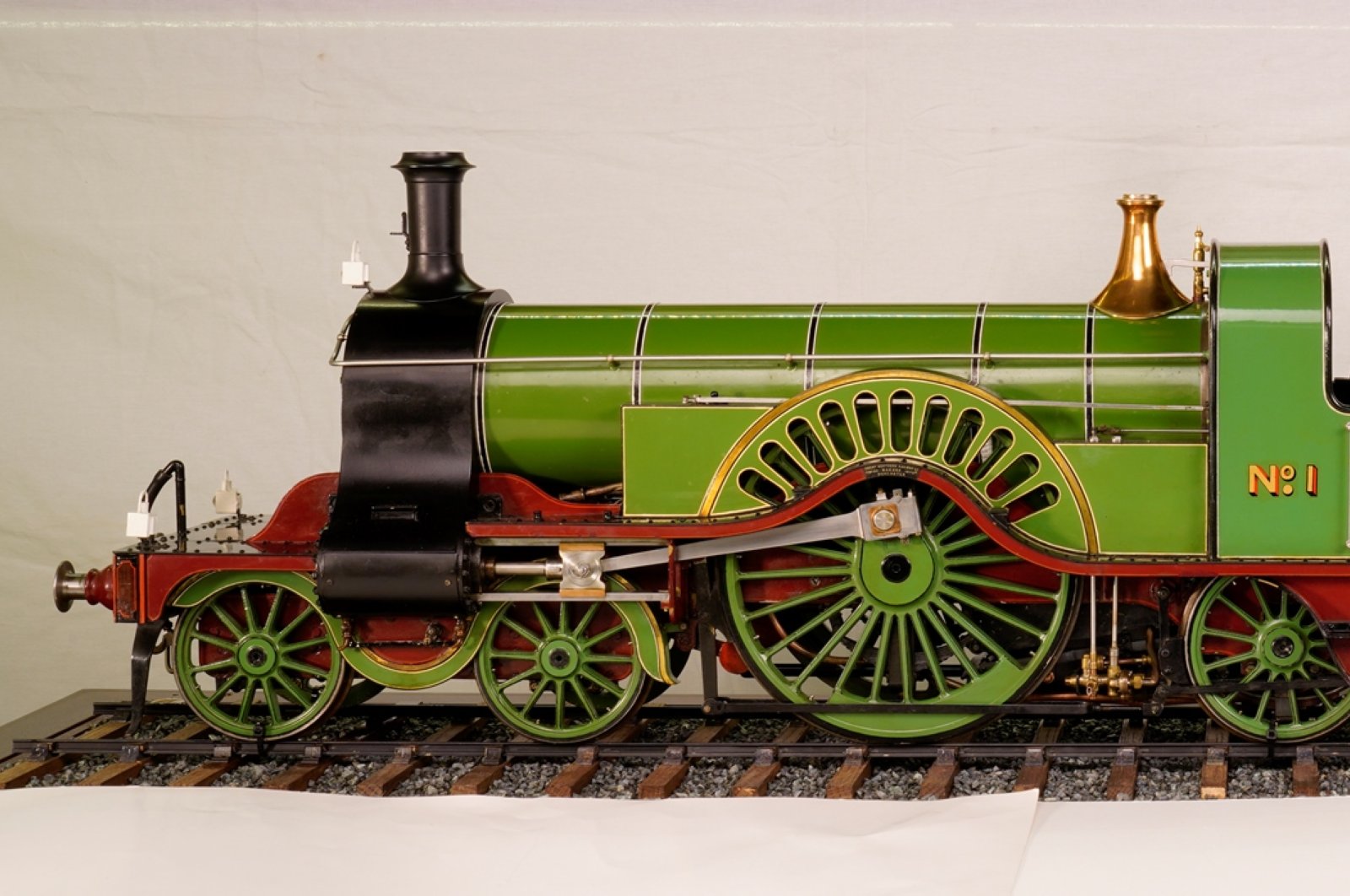 fairy-tales
A collection of locomotive models, put together by Italian connoisseur Raoul Cabib during his long travels and fueled by his passion for steam engines, awaits enthusiasts at the Rahmi M. Koç Museum in Istanbul.
When the first steam locomotive “Rocket,” designed by British mechanical engineer George Stephenson, reached a speed of 50 kilometers (31 miles) per hour in 1829, the age of the railway began. The son of an antique dealer, Cabib was born in Genoa, Italy, exactly 100 years after that first steam locomotive run. His passion for steam engines grew into a robust private model collection. For such an enthusiastic collector, to be able to move a static object was quite exciting.
To put together his assortment, Cabib made several trips, starting in the late 1960s, to find the world's best steam locomotive modelers. His collection, which he built for nearly 40 years, was donated to the Koç Museum by his son Andrea Cabib after he passed away in 2014.
This special Koç Museum collection highlights several historical railroad cars including Sultan Abdülaziz's Sultanate wagon and the Kadıköy-Moda Tramway and Tunnel Wagon, as well as the models of steam, fine-worked locomotives and tramways.
Items on display, which contain 18 train models, also include:
A Narrow Line Mountain Railway Locomotive, designed by the American Locomotive Co. in 1916. It is still being maintained and used by Ffestiniog Railways. It was modeled by Barry Venables in 1985.
A Wood-Fired Locomotive, designed and produced in Philadelphia in 1855. Its model was built by Bryan Woolston in 1971.
The Express Passenger Locomotive Model was developed by Basil Palmer in 1989. It won a gold medal and the “Bill Hughes” Award.
The Class A3 Locomotive “St Simon”, designed by Sir Nigel Gresley and produced in 1923 in Doncaster, U.K. It was modeled by Louis Raper in 1978.
The Tentative Locomotive “Decapod,” designed and produced by James Holden in 1902. Modeled by Budva Tucker in 1958.
Express Locomotive No. 1, designed by Patrick Stirling and introduced to the public in 1870. They were the fastest express locomotives in the world during their years in service. Its model was built by Bryan Woolston in 1966.
A 2-4-0 Locomotive, designed by Benjamin Conner in 1865. Roy Amsbury modeled it in 1980.
A Class 5, 2-6-0 Locomotive, produced in the U.K. in 1934 by Crewe Works. It was modeled by John Adams in 1970.
The Pacific Locomotive “Britannia”, designed by R. A. Riddles in 1948 and modeled in 1980 by Basil Palmer.
RECOMMENDED