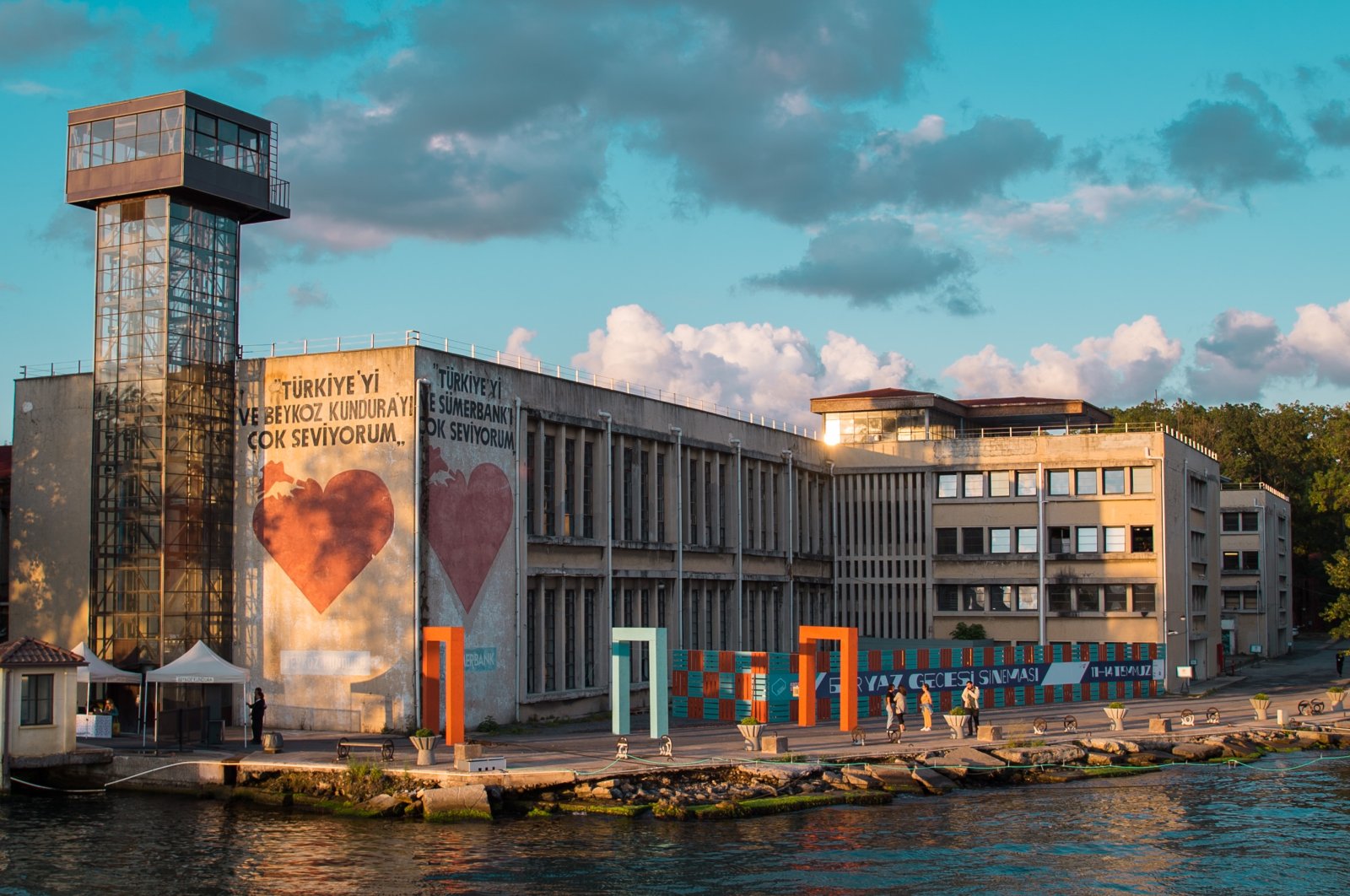 Beykoz Kundura, a former shoe factory turned into a unique venue for cultural events in Istanbul, returns with an exclusive program of music and film screenings after its temporary closure due to the COVID-19 outbreak. The necessary health and safety measures have been taken so that the venue is now ready to host an unforgettable summer at its enchanted setting by the Bosporus.

Beykoz Kundura will offer its first music festival titled “A Midsummer’s Night Stage,” kicking off this weekend. ​The festival, which brings together a diverse range of genres, will continue until the end of September. The stage program ​mixes together well-established names and up-and-coming artists.

"A Midsummer’s Night Stage" will awe the audience with a diverse lineup that encompasses funk, blues, reggae, alternative rock, hip-hop, house, disco and world music throughout August and September. Here are the artists set to take the stage:

Barıştık Mı is comprised of Barış Demirel, Efe Demiral, Tibet Akarca and Tolga Tohumcu. Inspired by traditional sounds from local and nearby geography as well as genres such as jazz, hip hop, ambient, and progressive music, the group performs jazz-rock with an emphasis on trumpets. Since its founding, the group has performed on national and international stages as well as at prestigious festivals such as the Turquazz Jazz Festival, Zorlu PSM Jazz Festival, Istanbul Jazz Festival, Bozcaada Jazz Festival and Montreux Jazz Festival. The band will start their performance on Sunday at 7:45 p.m.

Having started his career as a DJ in 2010, Büber made a name for himself with his sets, which predominantly featured melodic, deep, dark techno. He started to perform at selective venues of Istanbul in warmups and after parties for artists that are close to his style. He also performed in other countries, especially in Berlin, Hamburg and Mainz. Büber has shared the stage so far with Dominik Eulberg, Kraak & Smaak, Tiger & Woods and Oliver Koletzki. He will perform on Sunday at 4 p.m.

Chico, who has been in the music sector for 15 years, has enjoyed the amazing diversity of music since he was young. Always curious about discovering new tracks from all around the world, he strongly believes that sharing music improves mutual understanding between people and cultures. His performance at Beykoz Kundura will take place on Saturday at 4:30 p.m.

An indie-electronic band from Istanbul, Hedonutopia derives its name from a combination of the words “hedonism” and “utopia.” Comprised of Fırat Külçek on guitars and vocals and Kerem Feyzi on synths and samples, the duo started out in Izmir in 2008. After winning first place at Radyo Boğaziçi’s 18th Battle of the Bands in 2016, the band released its debut album. With electronic rhythms, fluttering melodies and deep vocals that seem to be coming from a distance, Hedonutopia will perform on Saturday at 9:45 p.m.

Founded at the end of 2017 by Tan Deliorman and Ozan Erverdi, who were born in the same building in Istanbul and grew up making music together from a young age, The Kites presents a mix of funk, rock and fusion. The band’s tracks blend the Woodstock spirit with the soul of jazz, combining a long list of inspirations ranging from Afrobeat to psychedelic rock in a single melting pot. Having quickly made a name for themselves, the Kites’ main motivation behind their music is to get away from the troubles of everyday life and use their instruments to offer both themselves and their listeners a good time. Their performance on Saturday at 6:30 p.m. will help you forget the stresses of life.

An artist who likes to blend minimal, groovy and jazzy sounds with exciting samples of house and techno, Tolga Duyan joins Bulut Adalı Seçkin, who actively pursues jazz and strives to create an authentic sound by blending these strong suits with electronic elements, to deliver a special performance at 6 p.m. on Sunday. With a love of music and archiving from a young age, Duyan decided to take his passion one step further, learning his first instrument at the age of 12. As a DJ, Duyan has long performed at important venues around the city as part of different groups, all the while continuing to collect records. He has shared the DJ booth with world-renowned artists like Swayzak, Sascha Dive, Mathew Jonson, Maayan Nidam, Acid Pauli, Heartthrob, Brodinski and Matias Aguayo.

Seçkin, an Istanbul native, experienced a shift in his outlook on music after getting into Boğaziçi University in 2014. In 2015, he participated in the New York Jazz Workshop, where he had the opportunity to work with artists such as Tony Moreno, Marc Mommaas, Fay Victor and Jay Anderson. Following his collaborations, Seçkin released “Schanze” in July 2018, his first composition recorded at the Hamburg Media School. He is an artist who actively pursues jazz and strives to create an authentic sound by blending these strong suits with electronic elements.

Undomondo – which started its career as a blog in 2005 with the motto of publishing good music regardless of genre, period or geography – aims to create hybrid content without discrimination. The group's music remains in the scope of spirit, funk, afro-Latin, Brazil, jazz, occasionally venturing into the old schoolhouse and techno world. Undomondo will perform on Saturday at 7:45 p.m.

With the fourth edition of the open-air screenings, viewers will enjoy the magical experience of watching films by the Bosporus. ​To learn more about the screening program, tickets and transportation​, you can visit the website of the venue.