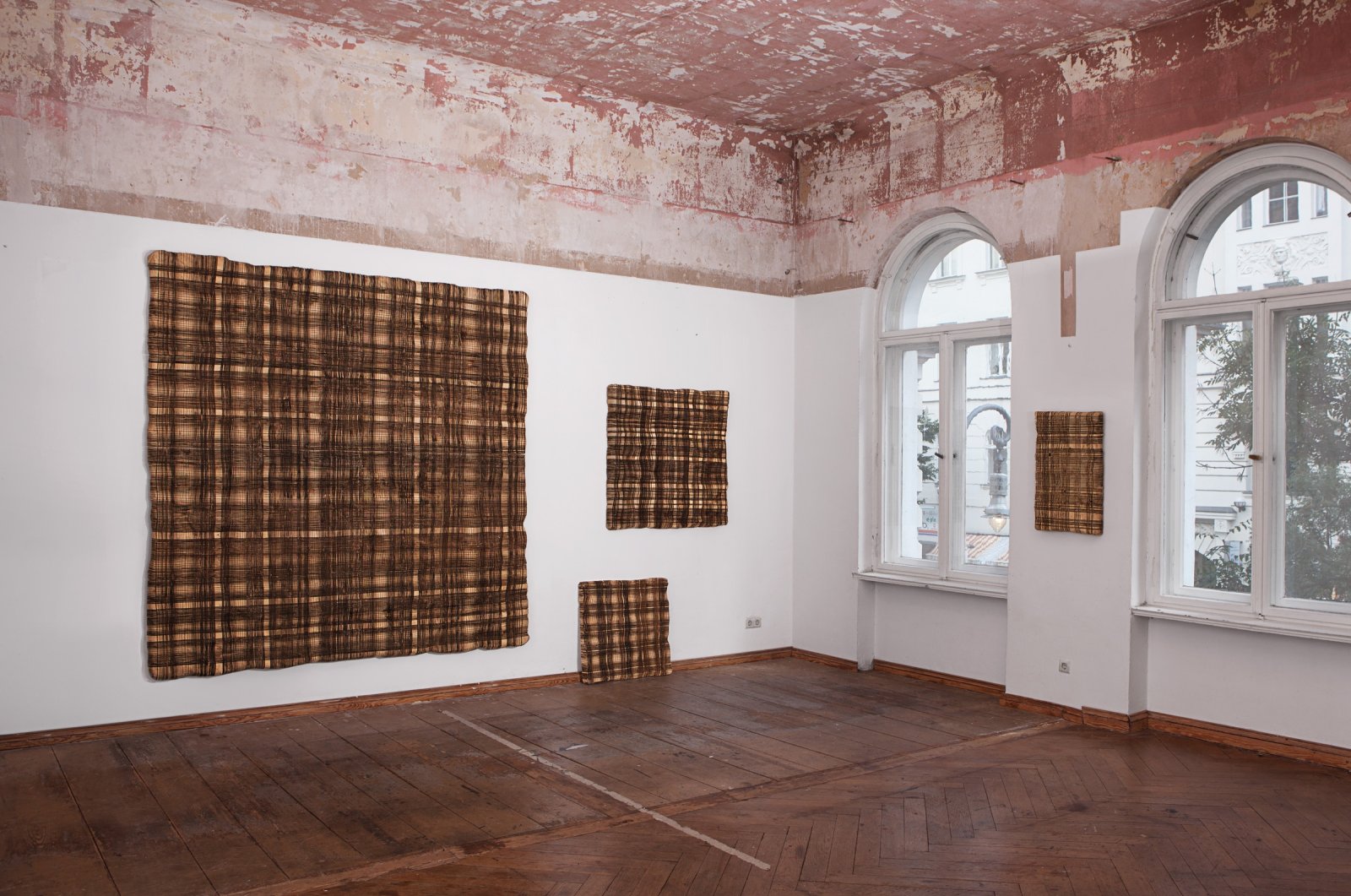 Istanbul’s Anna Laudel Gallery hosts a new exhibition comprising of two solo shows, “Defragmentology” by Mathias Hornung and “Assimilation” by Onur Hastürk. Presented under the title of “Echos,” the exhibition features brand new works of both artists as well as older ones.

“Echos” brings together compelling themes and techniques highlighted by Hornung and Hastürk, diverging from the integration of Islamic painting with contemporary art to transform traditional engraving into digital art. The title of the exhibition, “Echos,” derives from the Latin verb “echo” meaning a sound repeated by reflection. Likewise, despite the different techniques of the artists, two solo exhibitions and the artists complement each other by establishing a bridge between the past and the present in Turkey followed by their first presentations in Germany.

Hornung, who dissolves the boundary between technology and sculpture, showcases his first solo exhibition at Anna Laudel Istanbul. Hornung makes a connection with the digital world through woodcuts and situates his images thematically and structurally amid the confusing present. By doing that he questions the multilayered and incalculable dimensions of dealing with information in an irritating manner.

Symbolizing different ages, the artist expands into new possibilities, commonalities and points of view with wood, paper and technological devices in his artworks. In a world of ever more perfect technical images and the medial flood of images, he links their codes with the old process of high pressure with his direct manual access to sensual immediacy, to corporeality and haptics.

His artwork based on rectangular grids printed either on paper or three-dimensionally on wood are sensory and at the same time are conceptual images that play with the space and interspace between media and materials. In his woodblock prints, Hornung presents the past, present and future’s oscillating relationship. Topography, as well as time and space, play an important role in his works, but the ultimate idea behind his work is the break from the perfect, even and regular web of life.

Turkish artist Hastürk, recognized by his combined style of Islamic painting and design with contemporary art, also meets with art lovers with his first solo show at Anna Laudel Istanbul. Welcomed in Europe with his debut solo exhibition in Düsseldorf, Hastürk pulls freely the numerous artistic cultures of Islam and places them in new conversations with the art of the modern West, from Henri Matisse to Andy Warhol. Within the exhibition, the artist presents his works within three compelling series: “Respect to Matisse,” “Respect to Warhol” and “Classical Miniature.”

Hastürk’s “Respect to Matisse” series is a contradiction produced between the modern and the traditional. Renowned French artist Matisse’s paintings include the naturalism and tactility of the European painting tradition, rhythmic patterns of Eastern carpets and the shallow compositional areas of Islamic miniature painting.

Hastürk’s work doubles as Islamic art’s returning gaze on Matisse’s modernism, where the nameless Islamic artists are eclipsed by Matisse’s breakthrough. With the eyes of a miniaturist, the artist makes the loose brush strokes and solid colors visible with sharp lines. The artist also interprets Matisse’s extraction of Oriental motifs in his paintings and cutouts for a new kind of ornamental decoration.

Like Matisse’s paintings, Warhol’s canvases and ready-made sculptures reflect Hastürk’s practice. In 1957, Warhol published “A Gold Book,” a bound volume of 19 offset lithograph prints depicting flowers, high-fashion shoes and magazine models, most of which were printed on gold paper. Hastürk engages with a different dimension of Warhol’s oeuvre in the series “Respect to Warhol” and explores the impact of the artist's figures and its attraction to gold with Islamic art practices.

In the “Classical Miniatures” series, Hastürk presents the miniature’s potential for both dynamic aesthetic experimentations and the representation of modern subjectivity. He shows the extraordinary properties of the tiles of the Iznik district in northwestern Bursa province, which modernists, such as Matisse, admired. Hastürk's playful attitude toward the parameters of Islamic miniature painting extends to his work in other traditional media.

“Echos” can be seen at Anna Laudel Istanbul until Feb. 28.