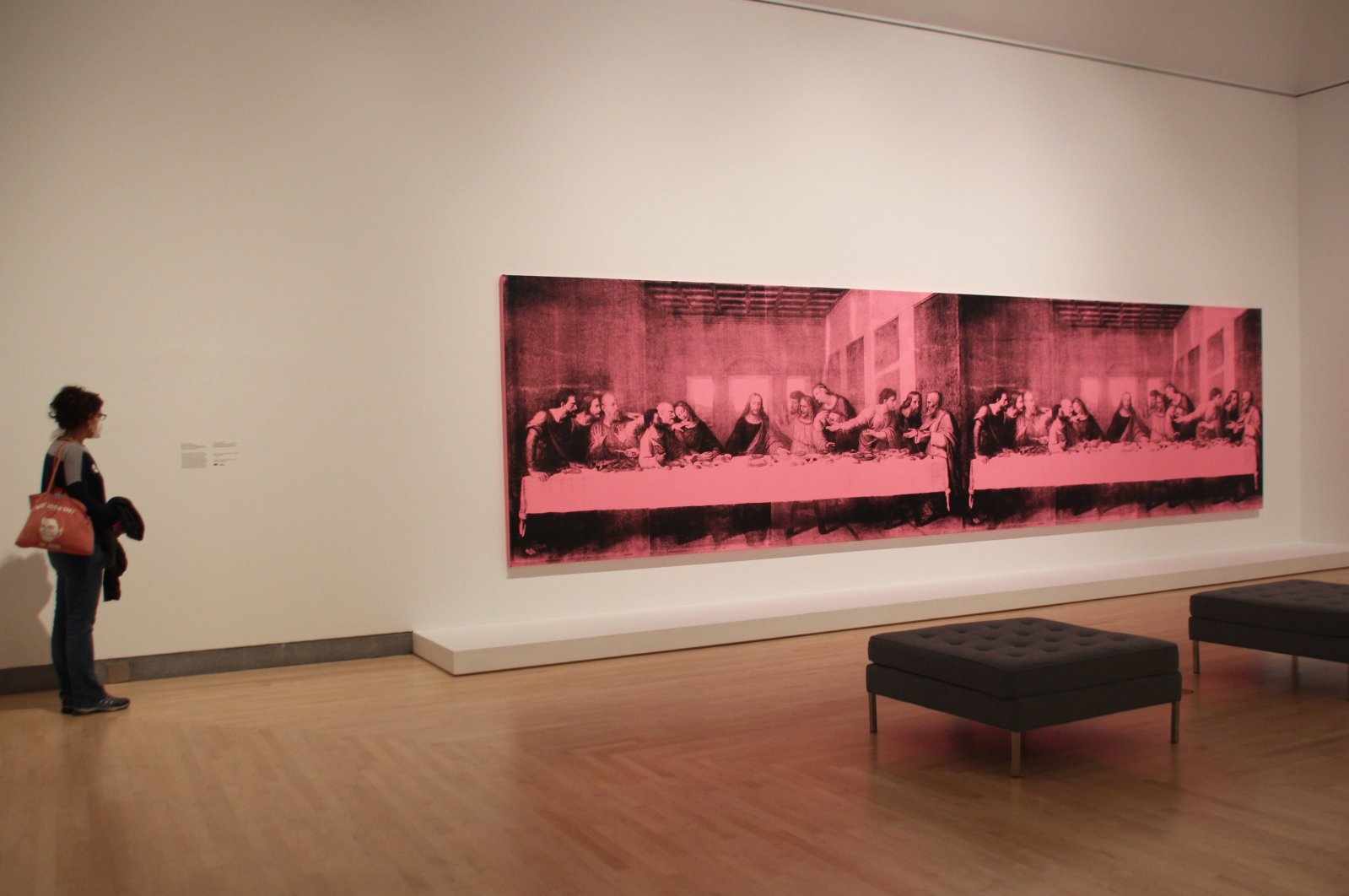 "The Last Supper (Pink)" is among the works on display at a Brooklyn Museum show exploring Warhol's deep connection to the Catholic faith. (Dpa Photo)
by German Press Agency - DPA Nov 19, 2021 5:06 pm

Andy Warhol is better known to many for his works celebrating consumerist imagery and Hollywood celebrities. However, New York's Brooklyn Museum will showcase a new aspect of the artist’s creative production, which reflects a strong connection to Catholicism, in a new exhibition. The exhibition explores how the American pop artist's works reflect his relationship with the Christian faith.

"Although Andy Warhol is one of the most celebrated and recognizable artists of the 20th century, his Byzantine Catholic upbringing, and its profound impact on his life and work, remains a lesser-known facet of his career," the exhibition's curators write.

Around 100 pieces – including paintings, films, photographs and personal items – are on display in the exhibition, which opens on Friday and is scheduled to run until June 19, 2022.

Among the highlights is Warhol's pink-tinted version of Da Vinci's "The Last Supper."

Warhol was born Andrew Warhola into a Pittsburgh family that emigrated from what is now Slovakia. His Catholic mother, Julia, who later moved with him to New York, had a great influence on her son's life and work.

The Brooklyn Museum, which opened in 1887, is New York's second-largest exhibition space and houses natural science and ethnological collections, as well as design and art of the 19th, 20th and 21st centuries.