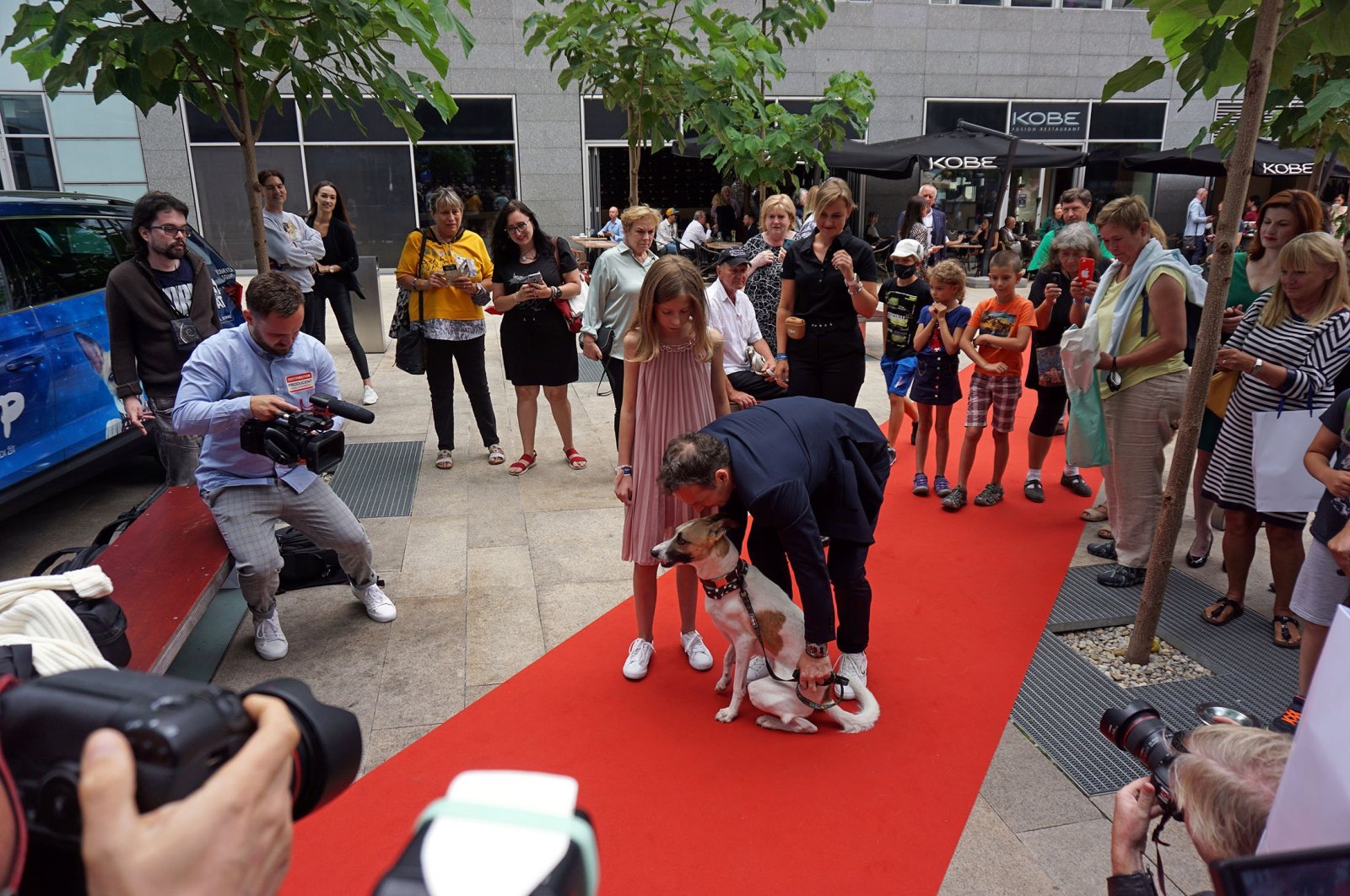 Writer Filip Rozek poses with his daughter and Gump the dog on the red carpet before the "Gump" premiere in Prague, Czech Republic, July 21, 2021. (Reuters Photo)
by Reuters Jul 24, 2021 9:51 pm
RECOMMENDED

Movies are rich with four-legged stars, and rightly so, as man's best friend also makes a great actor in man's art. So, it is only natural they should star at the premiere as well, like they did at a Czech film premiere of a movie on rescued dogs first portrayed in a surprise hit book.

The stories of the dogs, which ruled the red carpet at the premiere, have helped finance a new shelter for fellow canines.

"Gump – the Dog that Taught People to Live" appeared as a book in 2019 and follows the journey of Gump and other mistreated dogs, told from their perspective.

It was among the 50 most-read books in the country last year, according to the Databazeknih.cz website that tracks the book market.

It sold 140,000 copies, according to CTK news agency. Its success spawned a popular song and a film of the same name, which had its nationwide release on Thursday after the coronavirus pandemic postponed its original launch at the end of 2020.

The whole "Gump" project, according to its author Filip Rozek, has spotlighted the mistreatment of dogs. Proceeds have also raised money for a new animal shelter that is set to open in September in Velke Popovice, 27 kilometers (17 miles) southeast of Prague.

"This whole project made sense to raise awareness to a lot of things, and to make money for needed shelters and organizations. That is what we wanted," Rozek said at Wednesday's premiere, where he escorted Gump along the red carpet.

Rozek got the idea for the book with a friend while working in an organization that rescued dogs.

The film's director, F.A. Brabec, said the challenge of bringing the canine characters' emotions to the film drew him to the project, which also starred several top Czech actors.

"(The story) is terribly emotional," he said.