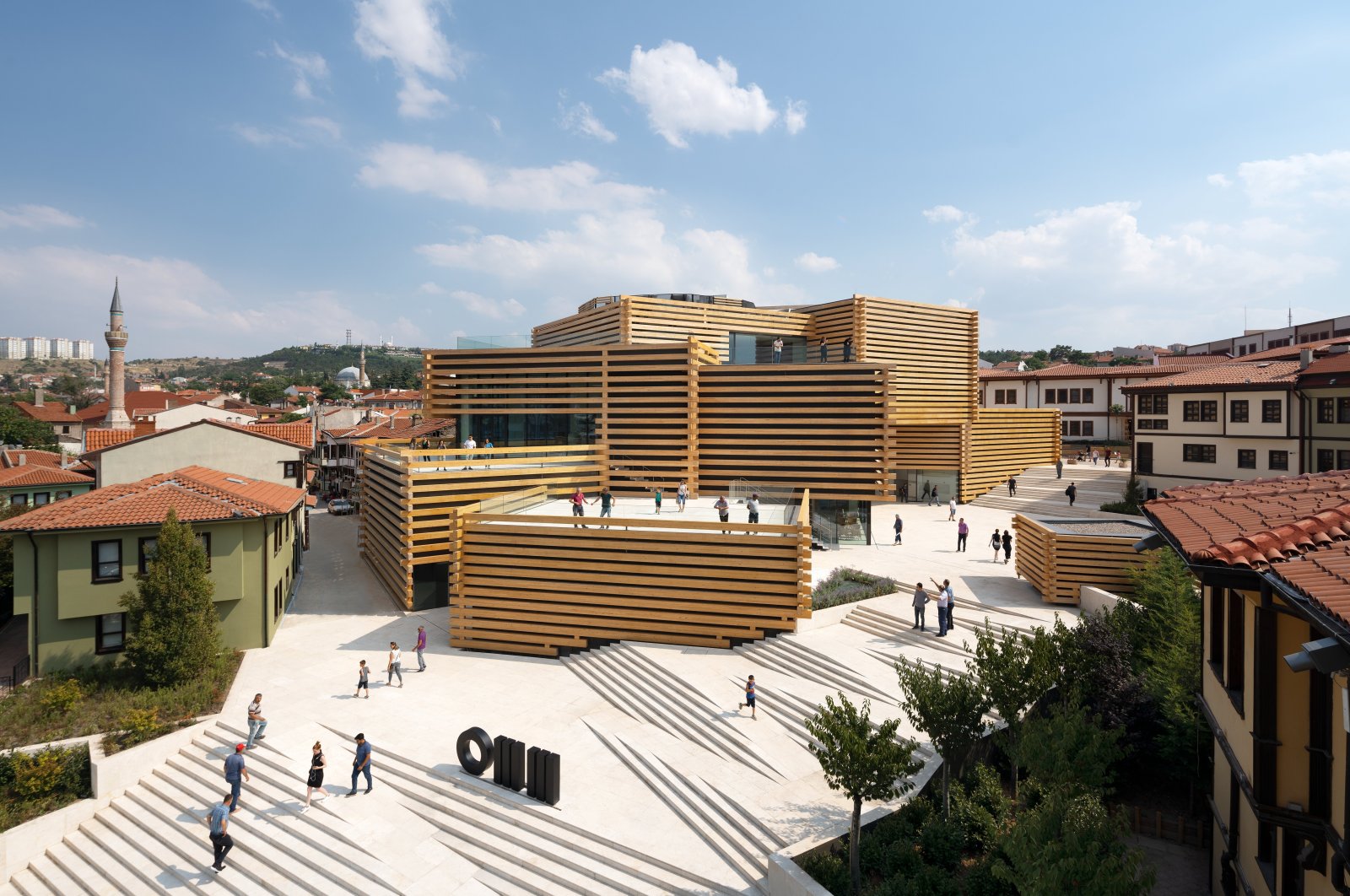 The Odunpazarı Modern Museum is located among the historic houses in the Odunpazarı district in Turkey's Eskişehir.
by DAILY SABAH Sep 24, 2020 12:28 pm
RECOMMENDED

The Odunpazarı Modern Museum (OMM), built among the historic houses in the Odunpazarı district of the central Turkish city of Eskişehir, was awarded "The International Project of the Year > £1m," which is given to projects with an investment of over 1 million pounds ($1.27 million), at the Museums + Heritage Awards on Tuesday.

"The judges were very impressed at how this extraordinary new museum has successfully put itself on the map as a place for all, with education and learning at the very forefront," the Museums + Heritage Awards website said regarding the OMM.

The OMM was shortlisted alongside the following projects: Barker Langham for the National Museum of Qatar, Liget Budapest Project's renovation of the former Olof Palme House, the Municipality of Leiden's Museum De Lakenhal, the Happel Cornelisse Verhoeven and Julian Harrap Architects' restoration and expansion of the Museum de Lakenhal, and the Museum of Literature Ireland.

Since its opening on Sept. 7, 2019, the OMM has hosted four standout exhibitions, two artist residencies and welcomed 166,321 visitors from Turkey and abroad, including over 6,700 students on free school tours and 1,000 participants in learning and education programs. As the museum enters its second year, alongside its commitment to celebrating artists pushing the boundaries of art, design and technology, the museum will advocate for the urgency of addressing the climate and ecology emergency.