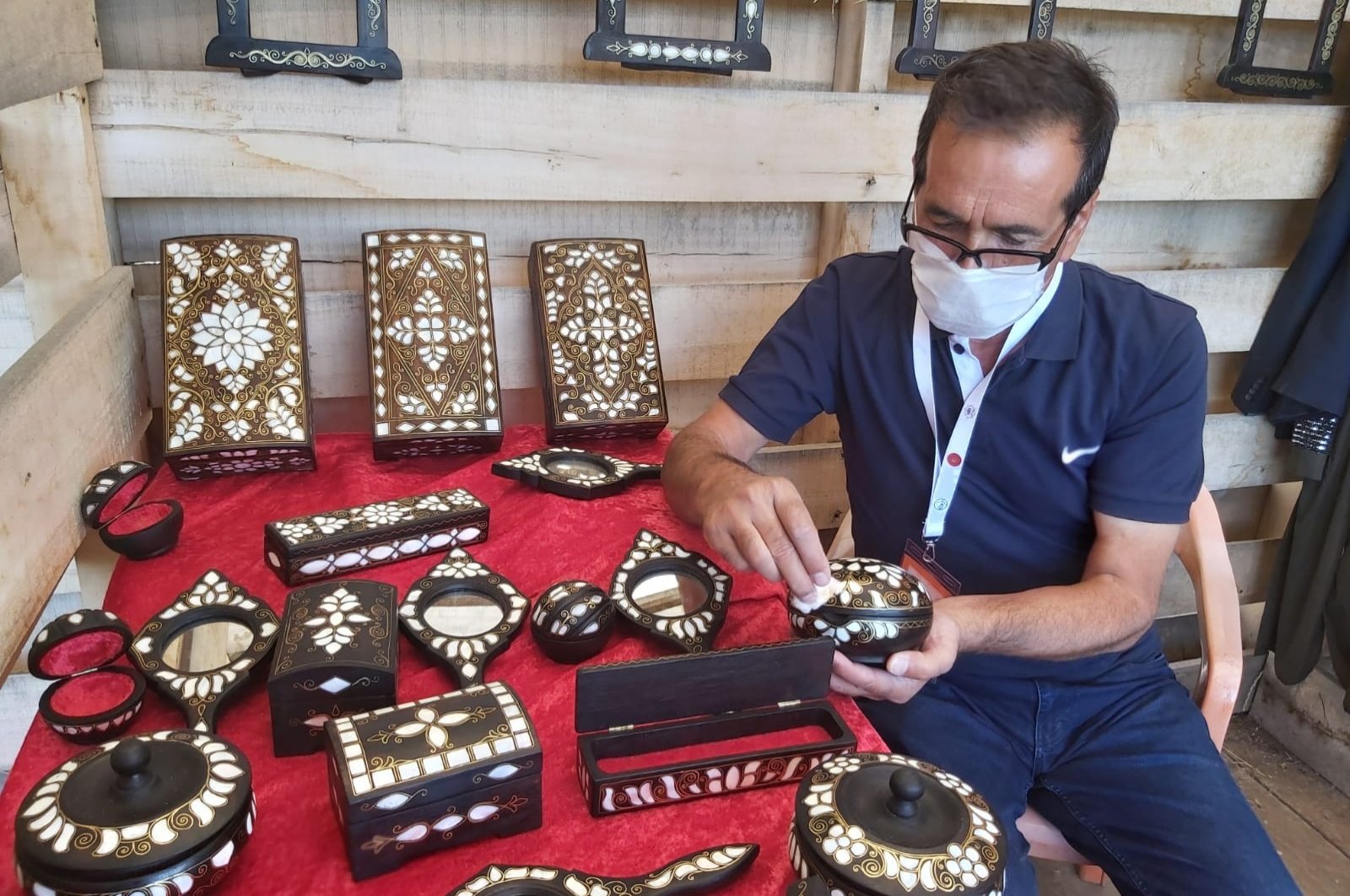 "Turkey on UNESCO’s Intangible Cultural Heritage Lists Exhibition" has been opened by the Turkish Ministry of Culture and Tourism in Ahlat district in the eastern province of Bitlis, as part of the commemoration program of the 949th anniversary of the Battle of Manzikert (Malazgirt), which opened the door to Anatolia for Turks.

According to a written statement by the ministry, the 949th anniversary of the Victory of Manzikert was celebrated with events held in the districts of Ahlat and Manzikert ((Malazgirt) on Aug. 23-26. As an extension of the celebration, the Directorate-General for Research and Education of the Ministry of Culture and Tourism will showcase traditional handicrafts from various parts of Turkey at workshops in Ahlat and Manzikert (Malazgirt) as part of the "Turkey on UNESCO’s Intangible Cultural Heritage Lists Exhibition." The workshops started on Aug. 26.

Okan Ibiş, director-general for research and education, stated that one of the basic conditions necessary for the preservation and survival of traditional handicrafts is to support the masters who bear this heritage and bring them together with the public. “The second is to boost the awareness of young people in particular,” he said, adding that they have the opportunity to realize both the conditions through such events.

Ibiş remarked that Turkey is among the top five in UNESCO’s Intangible Cultural Heritage Lists as a result of their intense efforts. He said that "Turkey on UNESCO’s Intangible Cultural Heritage Lists Exhibition," opened as part of the Ahlat events, was welcomed with great interest last year. Therefore, the exhibition has been updated and reopened this year, expecting the same level of interest again.

The exhibition is also available online on the official website of the Directorate-General for Research and Education.