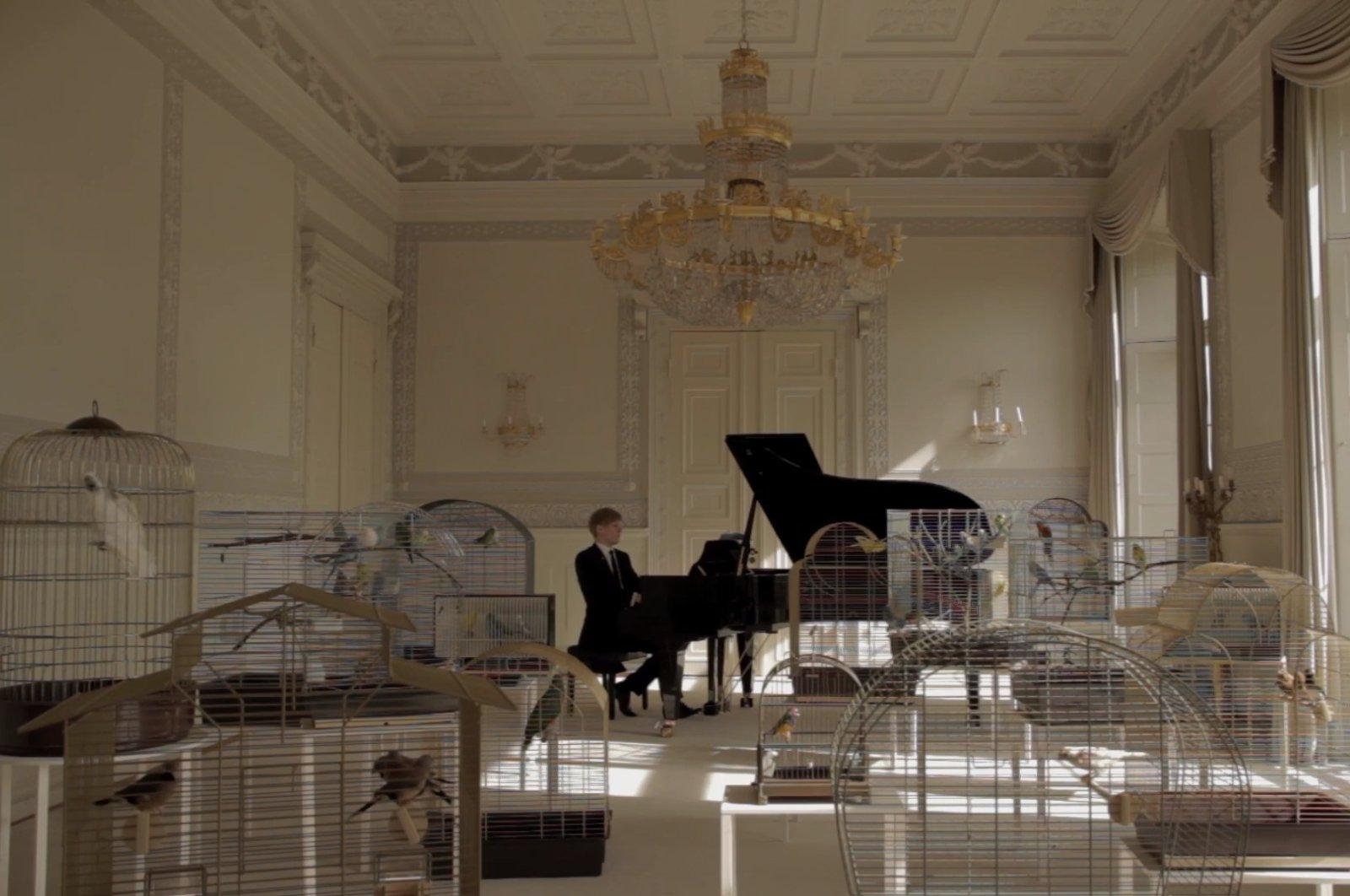 Amid the global coronavirus pandemic, various measures have been adopted to slow the spread of COVID-19. Turkey also has taken serious precautions against the disease, including the temporary closure of museums and archaeological sites. During these hard times, several museums have added many of their pieces to the digital environment so that enthusiasts do not have to keep their distance from art.

Arter, one of Istanbul's leading arts institutions, has joined this digitalization period with an online video selection. The institution, which has hosted many iconic works by renowned artists in its space in the Dolapdere quarter of Beyoğlu district, will present a selection of eight video works until May 15 on its website.

Titled #playathome, Arter’s newest online videos are related to sound and music in various performative ways. Arter has selected the works from among its collection so that people can play them at home by exploring the potential of sound in trespassing physical boundaries. They will also discover sound’s ability to offer alternative ways to communicate, traverse and transgress.

Kahrs takes part in this selection with her 14-minute “Playing to the Birds” video. In the video, a pianist plays “Deux Legendes, St. Francis of Assisi’s Sermon to the Birds” by Franz Liszt. However, the listeners are some domesticated songbirds instead of ordinary people. Liszt’s piece is inspired by St. Francis Assisi, who claimed that animals and plants have souls and gave birds his blessing while addressing them with prayer. With this video, Kahrs addresses communication, interpretation and translation with an inversion. While the music pieces attempt to imitate the language of the birds, the birds now become the listeners of a human.

Erek’s video in this selection is named “SSS – Shore Scene Soundtrack.” In the 2006 production, which continues for nearly five minutes, Erek performs familiar sounds from nature like the sound of waves on the shore by using a carpet and his hands. With this work, the artist received the Nam June Paik Media Art Prize in 2012.

Following Erek’s work, “Sounds from Beneath” by Mikhail Karikis and Uriel Orlow welcomes visitors on the website. In this 2011-2012 production, the duo revives the lunar landscape of a coal mine located in South East England and was not used since the 1980s through the sounds and current images of a former coal mining site. Karikis and Orlow invited a choir of former members to interpret the sonic aspects of the world. The choir members vocalize the subterranean, industrial sounds they used to hear on a daily basis inside the work pits, carrying them from beneath the ground to the surface of the earth.

A familiar face in the first scene of the other video attracts attention. It is the iconic face painted by Norwegian expressionist Edvard Munch, the renowned “The Scream.” In this video series titled “In the Beginning,” Sarkis presents his performances that are usually made with watercolor and reminiscent of poetic experiments or rituals. For the video, the artist recreates the images drawn from art history in a bowl of water, presenting the viewers the possibility to discern the flow, movement, speed and sinking of color in water. We see that he moves his brush in homage to Munch’s painting inside the water bowl.

Demirel’s work “The Hose” then appears with a scene full of yellowish-greenish grass and a yellow hose in the center. In this experimental work, the seemingly uncontrollable hose constantly spurts out water, moving erratically and creating sounds like a huge metronome.

Arter also included the video “Kawala Play” by Pompery in this selection. When the video starts, a continuous and soulful sound comes out of a kawala, and it slowly inflates a soap bubble. As the bubble grows, the image reflected on its iridescent spherical surface also expands and changes, creating a poetical play with notions of temporariness and perspective.

Erkmen’s 1998 “Emre & Dario” appears as the most entertaining piece of the selection. The video presents a dancing young man with Dario Moreno’s song about a Western man dreaming of finding love, wealth and success in Istanbul. While the song offers an orientalist viewpoint, the simple and modern clothing of the man stands out in contrast. The video brings to mind the complexity of cultural stereotypes.

The last video of the selection is Nevin Aladağ’s “Raise the Roof.” The nine-minute work reveals people dancing. Four women dance to the songs they hear in their headphones. The titles and duration of the songs that they listen to are written on their white T-shirts. While performing, they mark the covered surface below them with the heels of their stilettos. Performed on the rooftop of a former border section between East and West Berlin, these seemingly isolated women evoke a sense of harmony and freedom of movement, using music despite socially imposed restrictions.