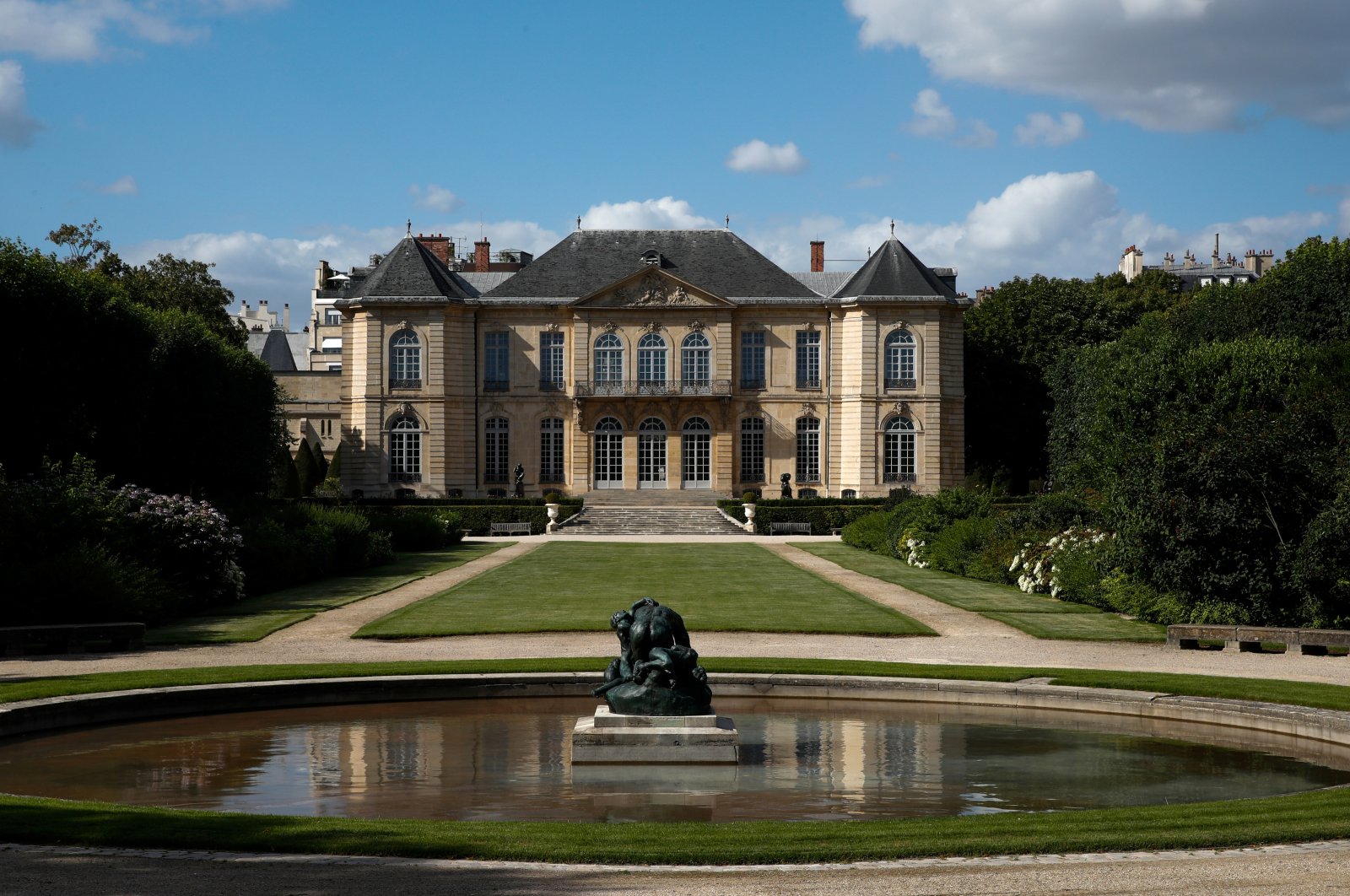 A view shows the Rodin Museum on the eve of its reopening after an almost four-month closure due to the coronavirus outbreak, in Paris, France, July 6, 2020. (Reuters)
by Anadolu Agency Jul 09, 2020 11:44 am
Edited By Irem Yaşar
RECOMMENDED

The Rodin Museum in Paris will sell limited editions of sculptor Auguste Rodin's masterpieces to make up for the large drop in revenue due to the coronavirus pandemic.

With borders remaining closed as well as a still-circulating virus, the lack of visitors has brought on unforeseen economic damage. The museum is just one entity in the French creative community that has seen a fall in both proceeds and patrons during the nearly four-month shutdown.

President Emmanuel Macron imposed a nationwide lockdown on March 11, with a gradual reopening starting on May 11. Museums only started welcoming visitors in the past two weeks, and the Rodin Museum opened Tuesday.

Among more well-known works viewers flock to see are "The Thinker" and "The Gates of Hell." The museum administration expects a drop of 80% in the number of visitors this year.

Thanks to the artist's ingenuity, the museum is able to sell 12 replicas of his bronze sculpture to collectors, galleries and museums each year, a provision set up by Rodin to ensure the continuity of his work to the viewing public. The bronzes are new, created by artists in special workshops overseen by the museum.

Contrary to what many believe – that Rodin is known for bronze sculptures – the majority of his works and those most valuable were carved from marble.

The Rodin Museum has a current budget shortfall of 3 million euros ($3.4 million). To make up for the lost income, the museum aims to turn its bronze sales into a bigger and more regular source of revenue. Therefore, it is reaching out to new markets and notable galleries, with works priced between 50,000 euros and several million. According to France24 TV, they have already sold 1.4 million euros worth of bronze sculptures this year.

The goal is to sell at least 3 million euros in bronze statues per year, but that is only a quarter of the institution's annual budget. The Rodin Museum is self-financed, sustained solely through contributions. Surprisingly, requests for those donations currently line the museum walls.

Nearly 300 works are housed in the 18th-century mansion situated on a leafy block in the Seventh Arrondissement, a stone's throw from Invalides.

Considered one of Paris' treasures, it is known as the Hotel Biron and possesses a fascinating history: In private ownership by wealthy French citizens since its construction in 1732, the building was then sold to a receiver in 1904, when it became a haven for artists – and many of Paris' best, including Rodin.

The artist rented four ground-floor rooms as his studio in 1908, dispersing many of his works onto the grounds outside as he created them. When a state takeover threatened his residency, Rodin smartly offered up his entire collection – sculpture, drawings, and his vast collection of antiquities – to the government with the caveat that he be allowed to remain.

His wish was granted and Rodin stayed the sole resident of the Hotel Biron from 1911 onward. It opened to the public as a formal museum in 1919.