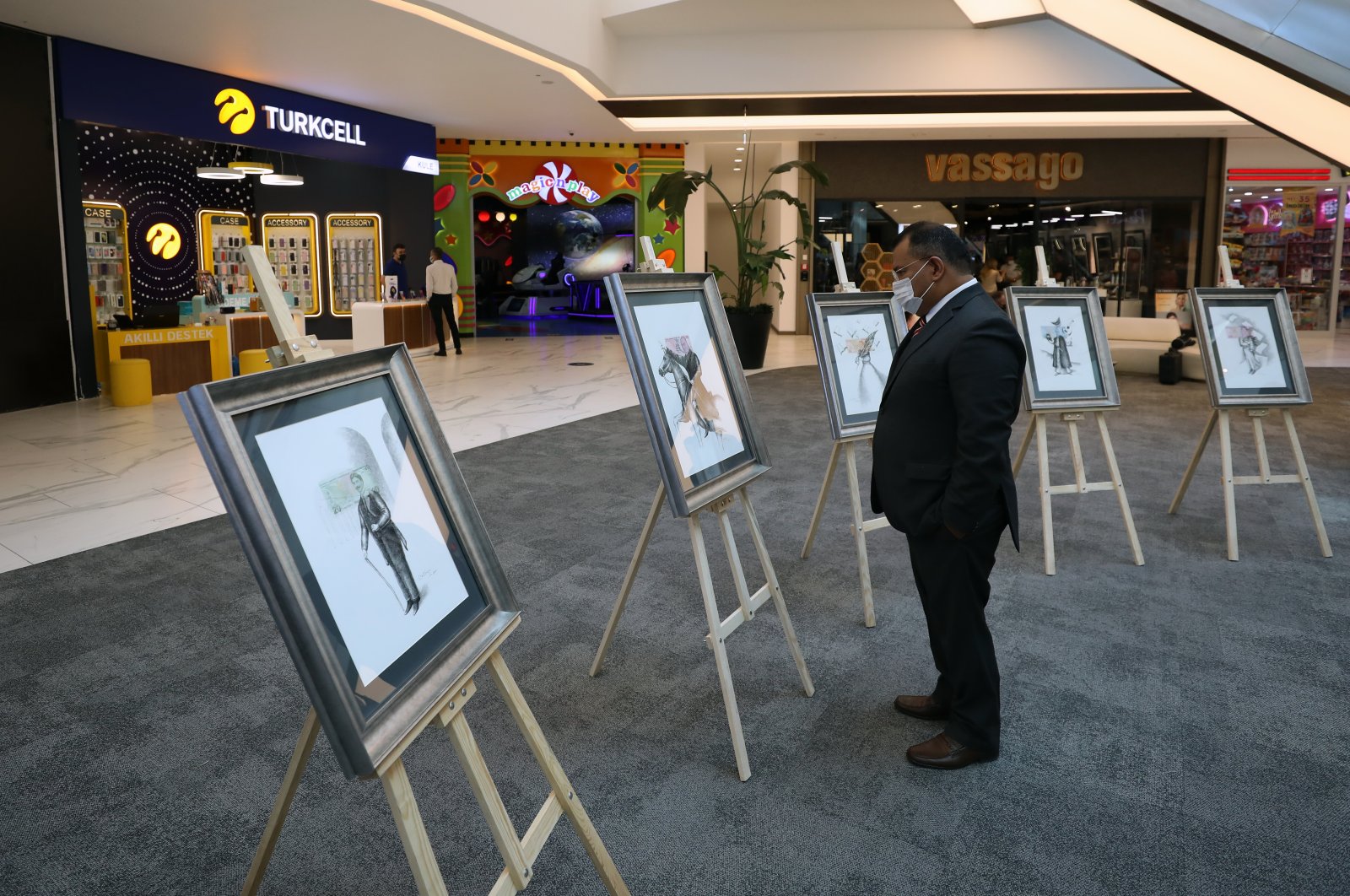 Speaking at the opening ceremony, Guatemala's Ambassador to Ankara Jairo David Estrada Barrios said Valdiviezo's seven drawings "of the vision of each of the personalities that appear in the Turkish lira banknotes, with the technique of integrating the original banknote that enhances and shows Turkey in current times" will be presented during the five-day exhibition.

The art pieces include Turkish lira banknotes to mark 147 years of "prosperous diplomatic relations" between Turkey and Guatemala, Estrada said.

In a pre-recorded video message, Valdiviezo said that he used the historical characters behind the Turkish lira banknotes who have contributed to the country socially and culturally as his inspiration.

The exhibition will be open to visitors until Sept. 12 at Ankara's landmark Atakule tower shopping mall.