Hatay’s mosaics primed to show off at EXPO 2021 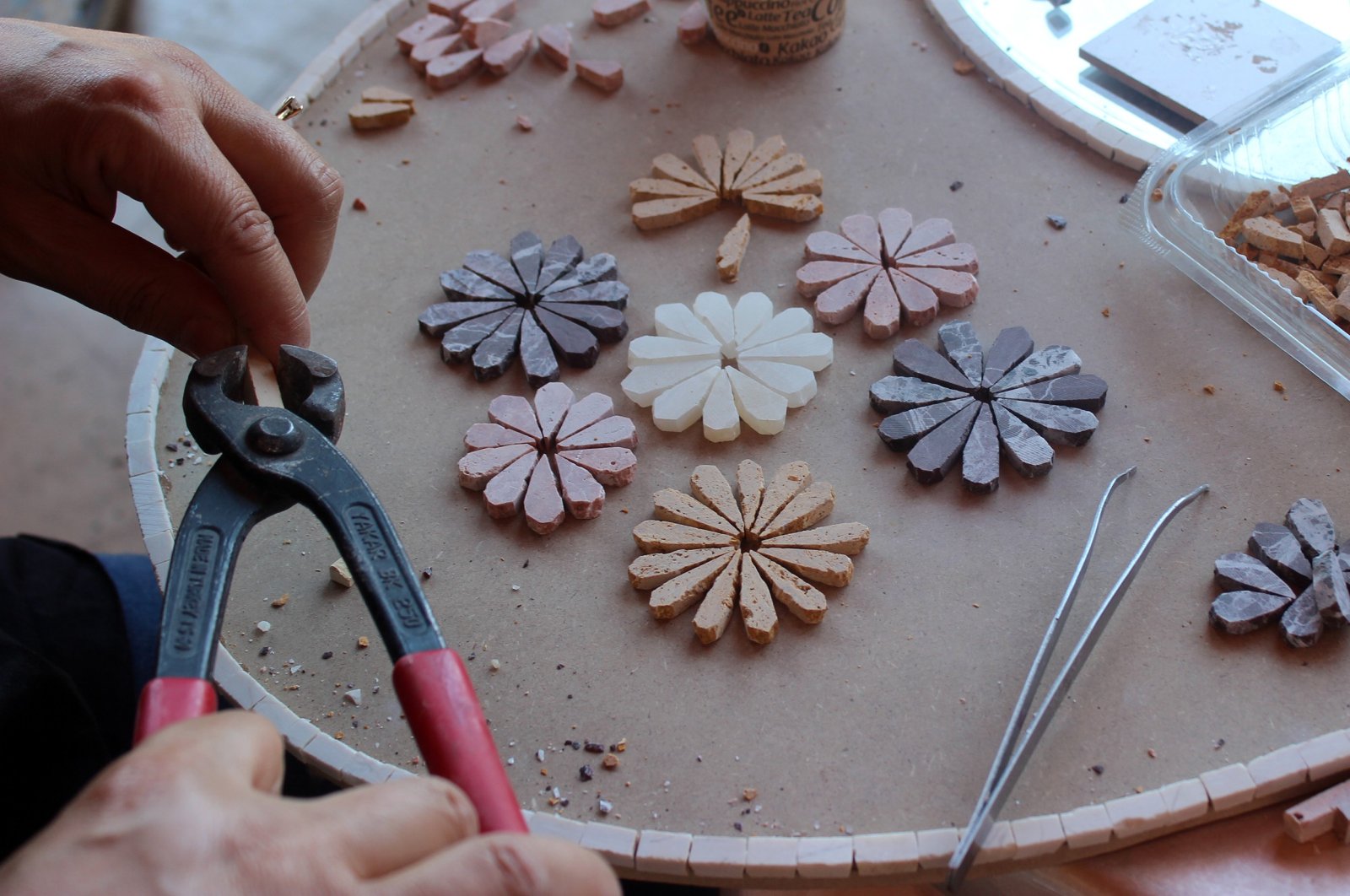 Turkey's southern province of Hatay is preparing to host EXPO 2021 with the theme "Garden of Civilizations." Mosaic masters are working hard to make elaborate mosaics to present to visitors during the international event.

EXPO is a gathering of nations from all over the world to display their craftsmanship. It is an opportunity to share with pride information about their hometowns and is often described as the world’s culture, history and education Olympics. The event, aiming to support cooperation and increase the level of education of the public by promoting innovative sharing and progress, will help the promotion of Hatay, famed for its mosaics.

Mosaic master Elif Kocaoğlu Kültekin said they have produced original pieces and designs for EXPO. Stating that they generally work on souvenirs, she emphasized this event is an opportunity for their city and will be useful in terms of its publicity. “I have been pursuing mosaic art for about 15 years since I started it as a hobby. I performed this art as an amateur for five years and as a professional for 10 years,” she continued.

Kültekin thinks that EXPO will be an incredible opportunity for the introduction of not just mosaics, but also of gastronomy, endemic plants and history to an international audience. “We are making our own products and we are continuing preparations as our mosaics will take place there.”

She stated that they are making replicas of the pieces that are on display at the archaeological museum of the region, adding: “This is because people who come here will visit the archaeological museum and they will want to buy souvenirs similar to the pieces they see there. Also, we will have special designs. A very large space has been reserved for the art of mosaic at EXPO and I think it will be incredibly beautiful.”

Indicating that Mustafa Kemal University is preparing a special mosaic design, which is planned to be accompanied by a story, Kültekin said that the story of the civilizations that lived in Hatay is being created in this design – which is expected to contribute to the promotion of the city.

Stating that they design objects mostly as souvenirs, Kültekin said: “This is because when guests who come here they want to buy something specific to Hatay. They will buy mosaic or silk.” Kültekin also implied that they are generally working on and designing objects, which are affordable, such as a table and wall ornaments."

Hatay, which is home to natural wonders, natural beauty, spectacular historical buildings, the incredible Amanos mountain and the Asi river, is one of the oldest settlements on earth. As the oldest center of civilization, Hatay carries traces of different cultures, religions, arts and lifestyles. In this respect, it can be said that Hatay is not only center of the civilization, but the center of tolerance where people live in harmony. Being one of the most culturally diverse cities located in the southern Mediterranean coast of Turkey, Hatay will get its breakthrough EXPO, one of the most significant world events.